Christians believe that the earth is the Lord's, so instead of Earth Day we focus on Jesus as being the Lord of creation every Sunday. In its best form Earth Day isn't anti-Christian, but there are really very few theological and practical handlebars for your average evangelical to grab on to.

Evangelicals do have a distinct and growing Christian ethic on the environment. Christianity itself has an ethic that goes back to the days of St. Francis in the Catholic world and St. Sergius of Radonezh in the Russian Orthodox world. Francis Schaeffer himself wrote a book on the environment titled Pollution and the Death of Man and it's this title that is worth some reflection on.

Environmental concerns are an outward symptom of other realities in western society. The overconsumption, the frantic work pace, the throw-away culture, these are all outward manifestations of deep inward realities. Evangelicals recognize this through our concern for materialism and the attachment and pursuit of things over the grounded spiritual life.

Evangelicals recognize the symptoms and are deeply concerned about what it means to live a distinctly Christian life in the present age, yet we are short on answers. What does it look like to live a deeply Christian life? This is the same question that St. Francis was troubled with in his day and age. The church had grown decadent and disconnected with the troubles of the age; St. Francis knew this and it drove him to prayer and silence before God.

If we took the time to be as sensitive to the troubles of our present age I wonder what God would show us. What new and yet deeply rooted ways would God commend to our consideration?

The starkness of our age was never clearer to me than visiting Malawi in 2013. It's hard to capture a moment in time, but as a leader on the trip I had the opportunity to ask a Malawian what her life was like, what her concerns were, and what she thought about the world. This video is probably the closest to the encounter. The woman in the video, Lifnette James, is describing the changes in climate that she has witnessed in her lifetime — everything from different techniques in growing food to changes in when the rains come and how they come (long periods of drought mixed with very heavy downpours). This pattern was repeated a few months ago where a severe flood displaced hundreds of thousands of people in Southern Malawi.

In some ways these challenges aren't new, but when you add the levels of carbon pollution that are making what is already a difficult life more unpredictable, you get the clear sense that her future is far from certain.

That's what we have in common with Lifnette James. Our futures are uncertain but our means for coping with uncertainty are very different except for the spiritual resources God has provided us with. In this realm, Lifnette and I are very similar. We both can be given the sort of spiritual vision and life necessary for the times we inhabit.

That's what evangelical Christians have to discover when it comes to climate change and all the other challenges we face — the deep spiritual resources that God has blessed the church with throughout the ages. That's what we have to discover and that's what we offer the world today — the hope that God acts through his people and will continue to do so.

The earth is created, sustained, and redeemed by Christ. We cannot claim to love God while abusing what belongs to Christ by right of creation, redemption, and inheritance. We care for the earth and responsibly use its abundant resources, not according to the rationale of the secular world, but for the Lord's sake.

There are a number of evangelicals in the United States and around the world who live out a distinctly Christian approach to the care of God's world. One of these Christians is Eugene Peterson who wrote The Message. Peterson makes how we care for God's world an integral part of the pace of daily western life. Here's Peterson on creation-care. 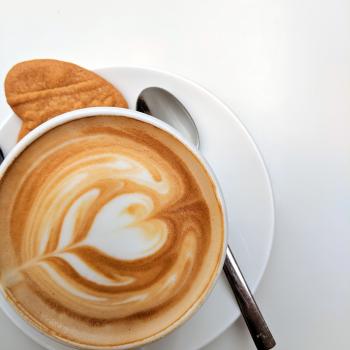 Searching For The Sublime
Anne Kennedy
3

Some Random Thoughts on Another Election Day in the U.S.A.
Roger E. Olson
4 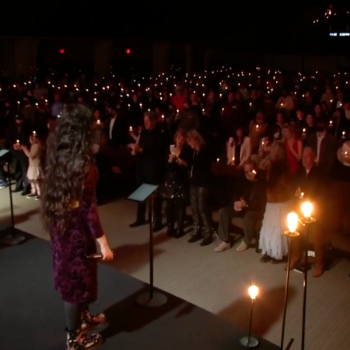 Two NM Churches Face $10,000 Fines for Holding Large, Indoor, Maskless...
Hemant Mehta
Get Patheos Newsletters
Get the latest from Patheos by signing up for our newsletters. Try our 3 most popular, or select from our huge collection of unique and thought-provoking newsletters.
From time to time you will also receive Special Offers from our partners that help us make this content free for you. You can opt out of these offers at any time.
see our full list of newsletters
Editor's picks See all columnists