Bringing Light into the Abyss

An estimated 95 percent of marriages in certain parts of Southern Ethiopia are the result of "bride abduction."

Chances are you'll remember that statistic for less than thirty minutes and then it will be lost among the neural pathways of your brain for the rest of your life.

Now let me tell you a story:

Once there was a young girl named Hirut who was loved by her family very much. Though they were but poor farmers and slept in beds of dirt, Hirut's father sent her to school each day so that she could have a better life. Knowing her father's sacrifices, Hirut studied hard to make him proud. One day, Hirut made an A on a particularly hard math test, and as she ran home gripping the test tightly in glee and pride, she was abducted by a man who wanted her for a bride. The man kept Hirut captive and raped her young body. But because her father had taught her she deserved more, she fought her way free. Just as he was about to catch her, she shot the man and killed him. In a land where a man is always right and tradition rules over women, this young girl must fight for her life, her family against a system that values tradition over human rights.

As you read the story of Hirut's abduction, little neurons in your human brain lit up the same neural area that houses your ability to empathize. You're likely to remember that story far longer than any statistic.

Humans have been storytellers for over 27,000 years, not that long in our evolutionary history. And in that time our brains have come to depend on tales to teach us ethics, compassion, and survival. Story is what makes us human. We don't have to burn our hand on the stove to know it will cause us pain. We can envision the cause and effect — the storyline — in our head and avoid a blistering burn.

Jesus was a master neurobiologist. He understood that the great mysteries of life are understood best through storytelling. He knew that the best way to invoke our human empathy for the broken and the marginalized was to tell us tales.

Who then are the myth creators in our age? With whom are we being called to empathize?

If dollars and cents have any say in it, Hollywood. Valued at over $679 billion dollars, Hollywood is the most influential sector in the entertainment industry. In 2014, international box office revenues were at $26 billion. More than 1.2 billion tickets to movies were sold in 2014, more than theme parks and major sporting events combined. We gravitate toward movies.

But movies don't stop at the theater. I remember volunteering to feed the homeless in tent city in Los Angeles. Even though these poor souls couldn't feed themselves, they had tapped into the city's power grid to watch movies on small televisions.

A quote from a 1930s theater critic that a mentor of mine often uses flashed through my mind: "Theatres are the new church of the masses where people sit huddled around listing to people in the light tell them what it means to be human."

Around the world people are sitting in the dark of the theaters, caves, and tents as their neurons alight and they're being told what their humanity means. They're being led through ethical dilemmas. Their minds are being stimulated to feel empathy for people they've never met.

So who are the people that we're saying are "in the light"? Who are we letting decide what it means to be human?

Film studio heads are 97 percent white and 100 percent male and they are all squarely in the 1 percent. Granted, they're all humans with possibly diverse experiences, but truly there is absolutely no diversity in the leaders who are funding and distributing our myths and influencing our culture.

Despite the lack of diversity in studio heads and writers, nearly half of moviegoers are minorities. As for female screenwriters, we exist in a 4:1 ratio. Minorities and women are not the ones who are writing and distributing the histories.

Where are the intelligent, entertaining films that explore the depths of humanity and leave us aching to become better persons? Why do diverse people of faith, arguably the people in "the light," fall so far short when it comes to influencing the film industry?

To make a good film, one must take great risks.

A screenwriter doesn't exist in a clear place of good and evil. Artists must embrace life's shades of gray. It's not just the protagonist with whom we must empathize. We must dive into the minds of the killers, the monsters, and truly emphasize with why they do their dark deeds. Artists are called not just to love the unlovable, but to become them.
Article Continued On Next Page
Page: 1 of 2
2/17/2016 5:00:00 AM
more at patheos
1 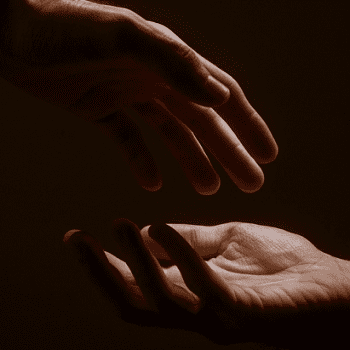 A Love Always Ready and Waiting for Us
Fr. Stephanos Pedrano, O.S.B.
4 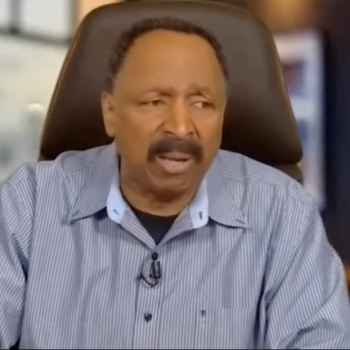 E.W. Jackson: Democrats Want to Decriminalize Pot to "Manipulate" Black People
Beth Stoneburner
Get Patheos Newsletters
Get the latest from Patheos by signing up for our newsletters. Try our 3 most popular, or select from our huge collection of unique and thought-provoking newsletters.
From time to time you will also receive Special Offers from our partners that help us make this content free for you. You can opt out of these offers at any time.
see our full list of newsletters
Editor's picks See all columnists