"Don't take the deal," my friend said in a hushed voice over the phone. I was confused. The deal that he was referring to was my first major break in Hollywood, my chance to go from unknown, struggling screenwriter to a respected professional. And what made it stranger was that he was calling from the very production company that had just made the offer to my agents. It was the summer of 2002 and I had just finished a screenplay on the Crusades, one that had been inspired by the horror of September 11 just a few months before.

There have been many movies on the Crusades in Hollywood, but my story was unique, for it was told from the Muslim point of view. It was a story about the great Muslim leader Saladin who conquered Jerusalem from the Crusaders and then, instead of taking revenge on his enemies, went on to build a multi-cultural society where Jews, Christians, and Muslims lived together in peace. It was a movie written to show that there was more to Islam than what the world had been shown by a handful of madmen on 9/11.

The script had gotten a great deal of attention, and now I had an offer from one of the most powerful producers in Hollywood to buy the project. I was elated, and then stunned when my friend who worked for this producer called and told me to reject the offer. "I will lose my job if they found out I was telling you this," he said over the phone. "But the boss has no intention of making your movie. He plans to buy the script in order to bury it and make sure no one else will ever be able to tell this story."

And in that one moment, I learned a terrible truth about how Hollywood works, as well as the truth behind the claim that Hollywood is a liberal industry that represents the moral conscience of America. As I learned that day, many people in Hollywood were what I have dubbed LEFI: Liberal Except For Islam.

Fourteen years later, I have been blessed to have a successful career as one of the few practicing Muslims in Hollywood. I have sold other scripts to movie studios, such as my epic tale of the Taj Mahal to Warner Brothers, worked as a writer and producer on TV shows such as Showtime's Sleeper Cell and the CW's Nikita, and have published two novels through Simon & Schuster. In fact, one of my novels is based on that Crusades script — Shadow of the Swords — and I have received wonderful feedback from readers on how the story opened them to a positive, beautiful side of Islam they had never known.

I have succeeded because there are indeed many people in Hollywood who value my perspective and talent, despite not sharing my religious beliefs or cultural background. And yet there is another side of the media that I have seen that would surprise people — an ugly, bigoted side, where an anti-Muslim agenda is openly embraced and promoted. The famous producer that tried to suppress my Saladin script was just the first of many more incidents. I remember taking notes from a respected TV executive who told me directly, "Don't make the villain of the episode Chinese. Make him Arab. Everybody hates them." I have sat in a writers' room on a television series and listened to a producer say: "The best way to solve the problem of terrorism is to kill Muslim children so they know we mean business." I remember trying to pitch a light-hearted action show while a buyer kept going off on non-sequiturs about how "Muslims are trying to kill us all." Or the film executive who boasted proudly that he had removed a Cat Stevens song from a hit movie because Stevens (a Muslim convert) "supported terrorists" due to his charity work in Palestine.

All of these people are seen by their fellow Hollywood colleagues as idealistic liberals, and yet they were all oblivious to their anti-Muslim bigotry and even more oblivious to how their words and actions might impact the Muslim sitting across from them. Like Bill Maher, who has used his show to spout an increasingly shrill critique of Islam, they are all LEFI. And they are in positions of power to shape how the public perceives Islam.

Many of them view Islam with fear because they see it as threat to Israel (a visceral issue for many people in Hollywood). Others see Islam as a stubbornly sexist and homophobic religion and unworthy of their liberal defense. The latter are blind to how inaccurate that stereotype is, and I have often made these LEFI Hollywood producers uncomfortable when I mention, for example, the high number of female doctors in the Muslim world or the work of Muslim feminists to combat sexism in their communities. And they are always stunned when I point out that in Iran, sex-change operations are paid for by the Islamic government. That last one usually leaves them speechless. 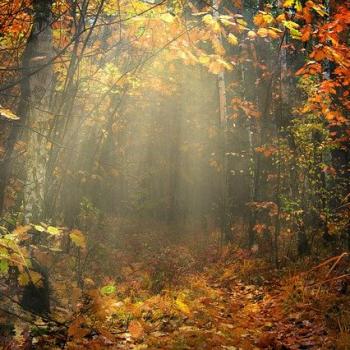 Netflix's 'Midnight Mass': Some Things I Liked, Some I Didn't
Kate O'Hare
4

The Death Of Christian Ireland
Philip Jenkins
About
Get Patheos Newsletters
Get the latest from Patheos by signing up for our newsletters. Try our 3 most popular, or select from our huge collection of unique and thought-provoking newsletters.
From time to time you will also receive Special Offers from our partners that help us make this content free for you. You can opt out of these offers at any time.
see our full list of newsletters