Editors' Note: This article is part of a Public Square conversation on Alleviating Poverty. Read other perspectives here.

While charity and advocacy are widely discussed, there is a growing sense that deep solidarity may be the more appropriate response of faith communities to poverty.

Poverty is real and growing. In many places in the United States between 20 and 30 percent of the children experience "food insecurity," which means that they do not have enough to eat. Unemployment and underemployment are rampant, and even many working people are no longer able to make ends meet. The average wage of workers at Wal-Mart -- the world's largest private employer -- falls significantly below the poverty level. As the Wal-Mart model of employment is copied elsewhere, even mid-level jobs are losing full-time status and benefits.

In this climate, religious charity provides some much-needed assistance. Soup kitchens, food pantries, and clothes closets face a higher demand than ever before, and many religious communities support these efforts. Unfortunately, this kind of charity fails to address the underlying problems. Worse yet, by not addressing the root causes, the problems are covered up and in some cases intensified. Typical efforts to provide charity might be compared to a doctor who tries to cure the symptoms of a disease without addressing its cause. For good reasons, key figures of faith from Moses to Jesus did not limit their ministry to charity.

Advocacy for the poor gets closer to the underlying causes of poverty and is solidly rooted in many religious traditions. The prophets of the Hebrew Bible speak out on behalf of the poor and condemn those who "trample on the poor and take from them levies of grain" (Amos 5:11). Mary, the mother of Jesus, proclaims that the God who lifts up the lowly pushes the powerful from their thrones, and fills the hungry with good things while sending the rich away empty (Luke 1:52-53). Standing in this tradition, John Wesley, the founder of Methodism in the eighteenth century, proclaimed that the majority of people were poor not due to their own fault but because they were pushed from their lands by wealthy landowners and then exploited in the factories of early capitalism. While Christians in the United States frequently blame the poor for their misery, many biblical and theological traditions take a different approach.

Why are people poor in the world of global capitalism? It is far from the case that there is not enough to go around. And although it is widely known that the poor are getting poorer while the rich are getting richer, few are aware of the magnitude of this shift. Inequality is greater than ever. In the Roman Empire at the time of Jesus, the top one percent of the population controlled 16 percent of all wealth, while in the United States today the top one percent control 40 percent. While most of their workers earn poverty wages, the Waltons of Wal-Mart are among the richest families in the world. Just six Walton family members control as much wealth as over 40 percent of all Americans.

Since poverty and wealth are not only matters of money but also of power, it is time to move from charity and advocacy to what I am calling "deep solidarity" (see Occupy Religion: Theology of the Multitude and Theology, Religion, and Class). Deep solidarity leads beyond advocacy in two ways. As those of us who do not belong to the one percent are increasingly pushed to the sidelines, even people in the middle are beginning to understand that we are more likely to be in the same boat with the poor and with working people. Solidarity is no longer a matter of the privileged helping the underprivileged; it is a matter of understanding what we have in common and how we all need to work together to organize and to embrace a different power.

Deep solidarity brings into focus God's power, which is different from the power of the one percent. Deep solidarity reminds us that Godself is found among the poor, among the Hebrew slaves of the Exodus, and among the widows, the orphans, and strangers of the Hebrew Bible. God is transforming the world in and through them. Just as God was and is in Jesus Christ, who was raised in a family of construction workers and lived in deep solidarity with the "least of these." The 99 percent are invited to join in this deep solidarity with God and others. Indeed, even those who are situated within the exalted one percent are called to "follow me" (see Matt. 19:21, Jesus addressing the rich young ruler). 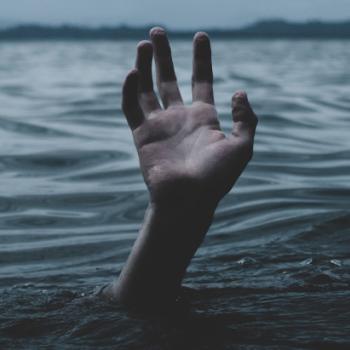 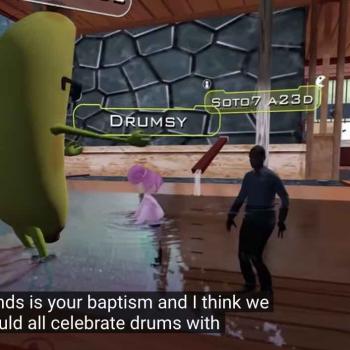 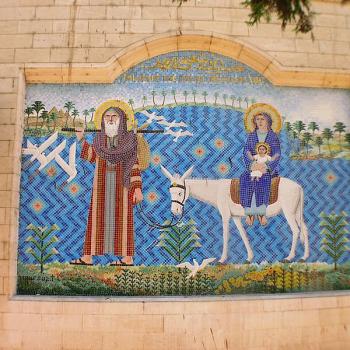 The Prudence Of Joseph
Henry Karlson
About
Get Patheos Newsletters
Get the latest from Patheos by signing up for our newsletters. Try our 3 most popular, or select from our huge collection of unique and thought-provoking newsletters.
From time to time you will also receive Special Offers from our partners that help us make this content free for you. You can opt out of these offers at any time.
see our full list of newsletters