The disputes seem to pile up on top of each other. Hobby Lobby and the Little Sisters of the Poor, Arizona's SB1062, Colorado's cake baker, New Mexico's photographer and hair dresser, numerous Catholic dioceses and Christian universities — all clamoring for the defense of their fundamental rights. But the rights conflict. Rights to practice faith in the public arena versus rights to health care versus rights to freedom from discrimination — which will prevail and which will retreat when they come into conflict?

While the principle of religious freedom is inscribed in the Constitution and forms a core idea of American democracy, it has also become an increasingly embattled issue amid broader cultural tensions over individual rights, the power of government, and the separation of church and state. Is religious freedom under threat, as many advocates claim? What does it mean to defend religious freedom in a diverse, modern society where rights of different groups may be in conflict? Is religious freedom more important or fundamental than other rights?

The Patheos Public Square is produced in partnership with Christianity Today and the Progressive Christian Initiative. Please visit our Religious Freedom Legislation page for more information on this topic.

Free Is What We Are
The genius of the American experiment lies in the...

Freedom of Worship Is Not Freedom of Religion
When I hear our elected leaders speak about protecting...

Religious Freedom Under Siege... by the Religious
The greatest threat to religious freedom in the United...

Yes, Religious Liberty is Threatened in America
Oral arguments begin today at the Supreme Court in... 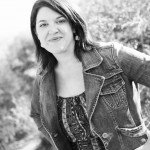 Singing in Dimly Lit Places: Is Religious Freedom Under...
Here is the question that will be on Patheos Public Square...

The Real Threat Is Still on the Theocratic Side
The one and only arena in which government must always...

An Administration at the Center of the Universe
When government arrogates the power of a command economy... 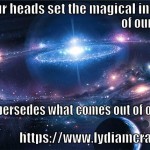 Birthing Hereditary Witchcraft: Gentle Bigotry & Freedom...
We all must combat our own unspoken, gentle racism. When...

We Can't Afford to Let Religious Freedom Slip
It is important to remember the value religion provides...
Patheos Archives