The Real Threat Is Still on the Theocratic Side

It's fascinating to watch how the First Amendment's simple words—"Congress shall make no law regarding an establishment of religion, or prohibiting the free exercise thereof"—can lend themselves to such disparate interpretations at this moment.

In recent years, and under pressure from conservative religious forces, all three branches of government have in fact given religious organizations significant extra First Amendment protection, or "accommodation," as legal scholars put it. That was what 1993's Religious Freedom Restoration Act was all about, to take just one example. And it is certainly what the Obama Administration's many concessions to religious groups were all about in the course of negotiating the final passage of the Affordable Care Act.

But for some religious folks of a conservative bent, more protection is never enough. Many of these are people who ultimately do not accept the idea of secular government. Hence we now have the absurdity of major corporations demanding exemptions from compliance with the ACA and other federal legislation on the preposterous grounds that corporate owners have a First Amendment right to "exercise" their religion by not providing contraceptive coverage in employee health insurance plans or by refusing to hire or serve openly gay people.

I describe the Hobby Lobby case, now on its way to Supreme Court determination, as an absurdity because the Green family, who owns Hobby Lobby, assert that their case is no different from the case of a kosher butcher who is ordered by the government to work with non-kosher food. Religion Dispatches blogger Sarah Posner totally demolishes this analogy, but that doesn't mean we won't hear it repeated ad nauseam in keeping with customary Big Lie procedures.

Where the government has a compelling interest in creating certain common good outcomes—and no one can seriously argue that ensuring equal rights for all and protecting women's health are not compelling interests—the private religious views of business leaders must give way. That has always been the case in the past, and it will mark a terrible setback from proper Constitutional balance if the Supreme Court sides with Hobby Lobby in the pending case.

In my view, and in the view of many Constitutional scholars, the one and only arena in which government must always give way in order to guarantee free exercise is in the internal and liturgical aspects of religious life. For example, the government obviously cannot tell a denomination to ordain gay clergy if the very idea of gay clergy is repugnant to that denomination's belief system. It obviously cannot tell a kosher butcher to serve pork. These are common sense-supported and long-accepted examples of properly protecting religious freedom; the new and shrill demands for far more government deference to religion are far removed from the longstanding consensus, however, and are deeply disturbing for that reason. The real threat is still on the theocratic side.

Take those concessions that Obama made to the Catholic bishops in order to get the ACA through Congress. In my view, if a religiously-affiliated nonprofit entity is serving the general public, and especially if it is receiving taxpayer money to do so (as in the case of Catholic colleges and hospitals), it should not be exempted from following the law of the land or from honoring the government's compelling interest in ensuring equal access and equal services for all. And if Catholic health care systems and Catholic universities should be expected to obey the law of the land, then clearly a billionaire private business mogul like Hobby Lobby's David Green may likewise be compelled to include birth control in his employee health plan.

As New York Times op-ed writer Timothy Egan put it in his tart commentary on the Hobby Lobby case, "Ned Flanders has to obey traffic laws, no matter what voices he is hearing from above." Egan notes that the Arizona legislature did us all a big favor recently when it passed a "religious freedom" bill that would have allowed homophobic restaurant and motel owners to deny service to LGBT customers. That law, swiftly vetoed by conservative Republican governor Jan Brewer, showed where the increasing demands for more religious "liberty" will ultimately take us.

Progressive religious leaders should wake up to the fact that it is never good news when governors, legislators, and judges all start genuflecting and deferring excessively to conservative religious whining. When government policies intended to benefit all Americans can be held hostage to the views of just one segment of religious thought, such an outcome does not express or advance religious freedom. The correct word for that outcome is theocracy. And we can be assured that John Adams and Thomas Jefferson will start spinning at 6000 RPM if the Supreme Court affirms such a bizarre construal of the First Amendment's simple words. 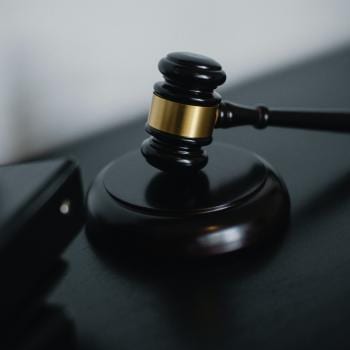 Why We are Poor and Dangerous Avengers
Joey Willis
3

How NOT to Convince Us About God
Linda LaScola
4 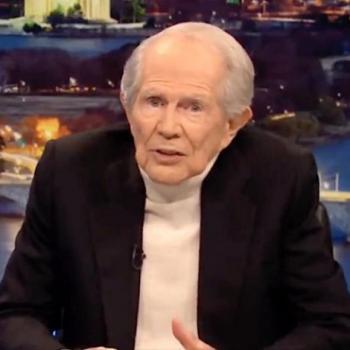 Pat Robertson To Host Jeopardy
Andrew Hall
Get Patheos Newsletters
Get the latest from Patheos by signing up for our newsletters. Try our 3 most popular, or select from our huge collection of unique and thought-provoking newsletters.
From time to time you will also receive Special Offers from our partners that help us make this content free for you. You can opt out of these offers at any time.
see our full list of newsletters
Editor's picks See all columnists