FAQ: The Pope in America

The pope (from the Latin word for "father") is the successor to Saint Peter as leader of the Catholic Church. He is the bishop of Rome.

2) How many popes have there been?

Pope Francis is the 266th pope. A list of them is here.

3) Was Saint Peter really a pope? When did Catholics start calling him that?

Peter was originally named Simon, but Jesus renamed him Peter (from the Greek word for "rock") saying "upon this rock I will build my church." That text (in Latin) can be found in the dome of Saint Peter's Basilica in Vatican City. The term "pope" developed in reference to the Bishop of Rome in succeeding centuries.

4) Jesus was from Israel. Why is the pope in Rome?

Because Peter brought the story of Jesus to Rome, the heart of the Roman Empire which colonized Israel and most of modern-day Europe, the Middle East, and North Africa. Peter was killed in Rome and is buried under the altar of St. Peter's Basilica.

5) How do popes choose their names?

Some, especially in early centuries, retained their given names. In recent centuries, the choice of a name reflects either a saint or a prior pope as a source of inspiration. Pope Francis (Jorge Mario Bergoglio, from Argentina) chose his name in honor of Saint Francis of Assisi.

6) Is the pope infallible?

No. "Even popes make mistakes," said Pope Francis. The question reflects a misunderstanding of the doctrine of papal infallibility, which is rooted in the conviction that when the pope speaks solemnly on behalf of the faith tradition of the Church through history, he authentically represents the teaching of the Church.

7) Why do people care when the pope travels?

First, he's a foreign head-of-state, since Vatican City is a distinct nation even though it's completely surrounded by the city of Rome. Second, he's the spiritual leader of about about 1/7th of the world's population, even though only about 4 percent of that population lives in the United States. And third, he tends to draw a crowd. In the Philippines this past January, some six million people attended his outdoor Mass.

8) How are you supposed to address the pope?

In person, "Your holiness." In print, he is usually called "the Holy Father" or simply "Pope Francis." To be accurate, he is the leader of "The Holy See" ("the Vatican" is metonymy like "the White House.")

9) Will Pope Francis speak English while in the United States?

His native language is Spanish, and he is fluent in Italian. His English is limited, so he will probably speak in Spanish with some English.

Yes, @pontifex, the Latin word for "bridge builder," an ancient title for the pope.

Kids these days with their unholy justice
Fred Clark
2 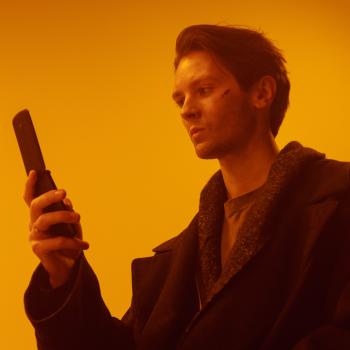 Progress is the Soul of the Universe
Karl Forehand
3

Defending the Hallucination Theory - Part 10: Evaluation of the...
Bradley Bowen