Pope Francis and the Futility of Pigeonholes

In the 2nd century, Bishop Irenaeus of Lyons (in what is now France) appealed to the bishops of Rome as examples of the way the "Catholic Church" (Irenaeus's version of Christianity) had preserved the faith originally preached by Jesus' first followers. He picked Rome primarily because of the authority of Peter and Paul, whom he believed to be founders of the Roman church. But he also spoke of Rome as the place where the worldwide (i.e., Roman-empire-wide) nature of the Christian faith was most evident. Just as Rome claimed to be the center of a universal empire with a divine mandate to rule the world, so the rag-tag collection of freed slaves and foreigners who made up the early Christian community in Rome claimed to be the center of the true empire, a spiritual empire based on the death and resurrection of Jesus.

This juxtaposition often became an identification. Lord Macaulay was not entirely wrong in his quip that the papacy was "the ghost of the Roman empire, sitting crowned upon the grave thereof." Much of the corruption that has plagued the Church throughout its history has come precisely from the temptation to take on the trappings of empire instead of subverting them with the radical message of Jesus.

And yet the Catholic Church has never simply collapsed into a sort of spiritualized Roman empire. It remains, for those who reject it as well as for those who accept it, the closest thing to a universal Church the Christian world knows, and perhaps the closest thing to a truly universal community the world knows. And now as in the time of Irenaeus, one of the functions of the bishop of Rome is to speak for the Church as it exists throughout space and time, over against the specific concerns of particular cultures.

This global aspect of the papal role is particularly evident in Pope Francis, the first non-European pope in more than a thousand years. And his visit to America pits the Catholic Church's understanding of universality, embodied in the pope, against a rival claim to "Catholicity" perhaps even more powerful than that of the ancient Roman Empire.

Some years ago I heard a right-wing Christian speaker on the radio claim that American exceptionalism was not arrogant because of the multicultural, immigrant nature of the United States. As citizens of a nation founded on moral principles rather than on ethnic identity, Americans could properly claim to be unique among the nations of the world and to have a special role in God's purposes for the world. This attitude, in one form or another, is common in the United States. It sets the nation up as a kind of secular church, offering hope to the world through some combination of democracy, capitalism, egalitarianism, sexual liberation, and military might, with the precise recipe depending on the variant of American nationalism being advocated.

Recent news stories have trumpeted the claim that Pope Francis's once formidable appeal is failing both on the right and the left. He has succeeded in alienating many conservative Catholics, while liberals both inside and outside the Church are awakening to the horrible realization that he isn't really one of them either. As a Latin American Jesuit with close ties to populist evangelicalism in his home country, Pope Francis can move effortlessly from warning about the deceits of Satan to criticizing the excesses of global capitalism. This breaks the rules of Western socio-political discourse. Anyone enlightened enough to see the problems with the concentration of wealth in a few hands is supposed to be enlightened enough not to believe in Satan. Traditionalists accuse him of "vandalizing marriage" through his changes to annulment procedure, while liberals complain that his "merciful" policy toward women who have had abortions is in fact cruel and "unforgiving" because it implies that abortion is a great evil and a great tragedy.

In C. S. Lewis' apocalyptic novel That Hideous Strength, the cynical secret police chief "Miss Hardcastle" explains to the naïve protagonist: "Isn't it essential to keep a fierce Left and a fierce Right, both on their toes and each terrified of the other? That's how we get things done. Any opposition to the N.I.C.E. [the sinister organization that is the villain of Lewis' novel] is represented as a Left racket in the Right papers and a Right racket in the Left papers." Political polarization, in other words, blinds a society to real evils as well as to real virtues. In contemporary American society, particularly on social media, discourse about controversial issues seems to consist largely of insulated echo chambers sharing rival sets of outraged articles about the Scandal of the Day. 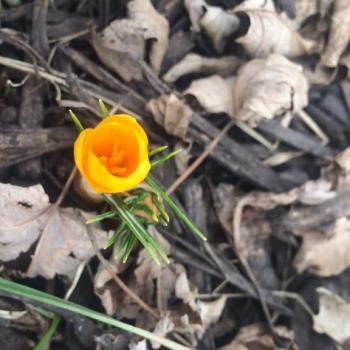 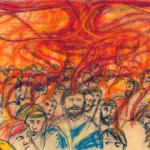 We are All Wind... and That's a Good Thing
Vance Morgan
Get Patheos Newsletters
Get the latest from Patheos by signing up for our newsletters. Try our 3 most popular, or select from our huge collection of unique and thought-provoking newsletters.
From time to time you will also receive Special Offers from our partners that help us make this content free for you. You can opt out of these offers at any time.
see our full list of newsletters
Editor's picks See all columnists