Religion and Abuse: Corruption, Sexual Exploitation, and Misuse of Power


Abuse can be found in many arenas, but when it is combined with religious positions of power it seems even more insidious. Religion has been used to cover up scandal, to justify bad behavior, to defend the powerful, and to silence the powerless. Clergy sexual abuse, financial exploitation, misogynistic practices, and disregard for community members' welfare have occurred within many different religious traditions.

Patheos writers explore these troubled areas as they emerge into the public light and reflect on causes and consequences. 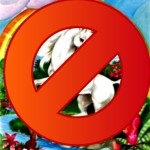 6 truths about "forgiving" sexual abuse
For anyone who's ever been pressured to forgive their...
Patheos Archives