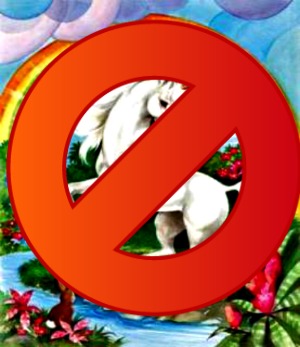 People who are sexually abused are very often, however subtly or overtly, pressured to forgive their assailants. (A subject which, as you might know, has lately come up here.) If you are in any way burdened by the notion that you are not, as comprehensively as you or others feel that you’re obliged to, forgiving the person who sexually abused you, please consider these six truths about forgiveness (which, being universal, hold as true for the Christian as they do anyone else).

1. You don’t have to forgive anybody. This idea that you must forgive the person who sexually abused you is the worst kind of vapid nonsense. You can forgive your abuser, if and when you want to. You’re also perfectly free to never forgive your abuser. The former is not necessarily better—it’s not necessarily any more moral—than the latter. What’s most moral is whatever works best for you. You’re the one who got hurt. You get to decide what your attitude is toward the person who hurt you, and no one but you (and especially not anyone whose opinion about it you haven’t asked) should have jack to say about it. If you ever feel like forgiving your abuser (whatever “forgiving” in this context actually means—and the people who use that infernally vague word in this context invariably have little if any idea what the heck they actually mean by it: usually they just like the Oprahesque way it sounds), you’ll know you feel that way. Until/if you do feel that way, everyone else can just wait on the party to which no one’s invited them anyway.

Remember: anyone—be they family, friend, sibling, pastor, therapist … anyone—who in even the slightest way pressures you to forgive your abuser before you’re good and ready to do that, is at best tragically ignorant, and at worst harboring their own terrible reason for desiring that your pain vaporize away into a warmly glowing mist of sunshine, unicorns and rainbows. They want that to happen for their sake. For your sake, ignore them. You’ve got reality to deal with. And reality actually dealt with beats fantasy every time.

2. Forgiveness isn’t one-size-fits-all. We can only forgive for something done against us; forgiveness has no meaning outside the context of a specific offense. And offenses very definitely come in degrees. Cutting you off in traffic is one kind of offense; raping you is an entirely different order of transgression. Never allow yourself to be cajoled into feeling guilty or spiritually inadequate by the treacle that healing and forgiving are inseparable. Saying that you can’t be healed unless you’ve forgiven your abuser is like saying that a cut can’t be healed as long as visible scar tissue remains. And insisting that an abused person “forgive” their abuser before they are fully healed from that abuse is like insisting that a person skip rope before their broken leg is fully mended. It can only make things worse.

Healing-wise, what the abuse victim can do is reach a point where they fully understand what happened to them; a point, that is, where their negative feelings about their abuser are neutralized by their comprehension and appreciation of how and why their abuser was rendered so dysfunctional that ultimately they were compelled to commit the crime they did. And for the victim that understanding renders essentially superfluous the whole idea of them forgiving their abuser; then “forgiving” has no applicable or relevant context. For them, then, what happened simply happened. It’s over.

3. Abusers of children depend upon the complicity-induced guilt of their victims. Sex abusers of children are evil. And if there’s one thing evil understands, it’s what its most effective weapons are. And when it comes to keeping his victims emotionally weak and suitably complicit, the child abuser knows that his chief weapon is the guilt that his sexual actions generate in his victims.

Children yearn to please (for the sake of this conversation) their fathers. They want their fathers to love them. They innately trust their fathers. A sexually abused child doesn’t at first know that they’re being sexually abused; all they know is that their father is paying special and even loving attention to them. And as confused in the moment as the child is about what their father is doing to them, part of what breaks through to the child’s consciousness is that, on a strictly physical level, some of it feels pretty good. And the moment avidly awaited by any child abuser is the moment in which the child he is molesting feels any physical pleasure at all. Because he knows that the second the child so much as responsively squirms, or in any way moves to encourage his touch, he has created in that child the victim that he is after. He knows that from that moment on the child can never, and especially not to herself, claim that she didn’t like it. That she didn’t want it. That she didn’t encourage it. Now, inevitably, and in very short order, she will come to think of herself exactly as he wants her to: as a worthless slut good for nothing but providing him sexual pleasure. And, just like that, he’s got her. Because now she won’t tell anyone what’s happening between the two of them, because now she’s certain to be too ashamed to. Because now, in her heart of hearts, she believes that it’s her fault.

The real crime of sexual abuse isn’t physical; it’s psychological, emotional, spiritual. You make someone despise who they are sexually—which is at the very core of the identity of all of us—and you’ve created damage that easily lasts for generations.

If you yourself have been the unhappy recipient of such a tragic legacy, the last thing on earth you need to worry about is forgiving your abuser. For now, you have no obligation but to keep on telling yourself God’s greatest truth, which is that you are absolutely not the wickedly depraved person whom your abuser methodically and carefully tricked you into believing you are. Your innocence was unnaturally destroyed, and you were left to build your identity and life upon the dreary remains of that destruction. That’s bad luck for you, for sure. But what happened to you is not your fault. It’s his, and his alone. And you do not have to spend the rest of your life dwelling like a criminal in the dark, dank hovel to which your abuser condemned you, and within which he depended upon you remaining. No. The light outside is calling you. And you are free to step out into it, the same as anyone else.

4. Asking for forgiveness doesn’t mean deserving it. The fact that a person asks you to forgive them in no way obliges you to extend to them your forgiveness. If your abuser tells you that he feels bad about what he did to you, then: A) Whoopee for him; and B) That’s not your problem. It’s not your job to make better the life of the person who made your life hell. If your abuser feels bad about abusing you, then let him go off somewhere by himself and feel as bad about that as, God knows, he should. If by some miracle he has come to feel remorse equal to his offense, then let him do his level best to prove that to you in whatever ways he thinks might. One of the first ways he can do that is by immediately making clear to you two things: that he doesn’t expect you to forgive him, and that he will absolutely honor your desire, should you express it, to completely remove himself from your life.

Never forget that abusers are typically superb at expressing sincere remorse for their actions and great affection for their victims. The reason they are so adept at this is because they’ve been practicing it for most of their lives.

6. Forgiveness isn’t a constant state. Being sexually abused means being wounded at every level of your being. That means that sometimes you will in fact feel healed—which is likely to then bring washing over you great waves of forgiveness and even compassion for your abuser. But later—could be a day, week, or years later—you may find a wave of an altogether different sort pulling you back out to sea, where you will again find yourself cold, lost, and feeling as if you’re sinking. That whole back-and-forth dynamic is just part of the healing process. Victims of abuse commonly enough get trapped into believing that because they felt healed and benevolent on Tuesday, there’s something wrong with them if on Friday they’re back to feeling wounded and bitter. But there’s nothing at all wrong or strange about that phenomenon. Again, it’s just part of the process. Understanding, accepting, and even anticipating that kind of fluctuation in your feelings can leave you, even on your worst days, so close to the shore that you can actually relax, take a deep breath, and enjoy the swim back in.

If you were sexually abused, I cannot urge you strongly enough to buy, along with its workbook, The Courage to Heal: A Guide for Women Survivors of Child Sexual Abuse. It will change your life.

I am the author of:

Seven Reasons Women Stay in Abusive Relationships, and How to Defeat Each One of Them. 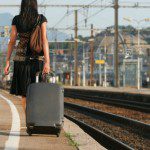 November 11, 2014
Goodbye, family that takes my brother's side, despite what he did to me
Next Post 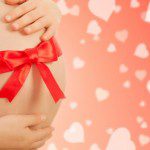 November 14, 2014 Mary: "How do I feel, Joseph? Pregnant. Very pregnant."
Recent Comments
39 Comments | Leave a Comment
"Thank you thank you thank you for this! This is exactly my story... Our story. ..."
ashley williams 1 Man, 2 Women In A ..."
"Hello dear Brother in Christ. You are experiencing Child Abuse and if it were possible, ..."
Marion Duncan Pastor calls his Christian teenage son ..."
"I am interested in why we believe that we can measure that which is by ..."
Gary Kennedy Why atheists win arguments with Christians ..."
"Tell him there is a bigger world out there and many churches now accept LGBTQ+ ..."
John Sweet Pastor calls his Christian teenage son ..."
Browse Our Archives
Related posts from John Shore