I’m in an open marriage. Can I still call myself a Christian? 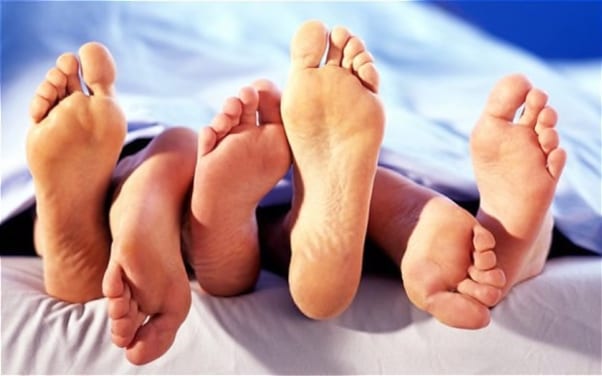 I am an unfundamentalist reader with a question for you about faith and sexual choices.

About three years back, my husband of over a decade and I decided to become non-monogamous. Our initial reasons had to do with lack of sexual compatibility—we both love each other and want to stay married, but in some ways are not ideal sexual partners. He has a higher sex drive and more diverse sexual interests than me, and I had just begun to come to terms with my bisexuality, and wanted to experiment with a woman.

We have always been a very non-jealous couple who has had no problems with each other having close friends of the opposite sex, so we wondered if our non-jealousy could extend to our sexuality. We chose to remain one another’s sole romantic partners, and also committed to strong communication between us, as well as to using protection with anyone outside of the two of us.

Our journey has had a few hiccups, but it has been mostly successful. We have been forced to grow in our communication and in boundary setting, and we have both had some very positive (and fun) experiences. The struggles that we have had did not at all stem from jealousy.

I feel like this choice has brought us closer as a couple. But there is one thing that makes me uneasy. When we first made this decision, I still identified as a Christian, though I no longer attended church. I justified our decision to structure our marriage as we did on the idea that the seventh commandment [“Thou shall not commit adultery”] is about a breach of trust between partners; since we had decided this together, I felt that we were not committing adultery. However I was well aware that our decision would be looked down upon by almost all Christians, so we kept it a secret.

Since that time I have stopped calling myself a Christian, mainly due to the fact that I no longer agree with certain major Christian doctrines. I do still love God though, and I still believe that Jesus was God with skin on. And I’d be open to reclaiming the Christian label in the future, if some of my doctrinal issues were resolved. However, I know that a part of why I dropped the Christian label was due to feeling like I am not living like a Christian, given my sexual choices. I would hate to call myself a Christian, have someone discover my lifestyle, and be their reason for claiming that Christians are hypocrites.

Do you think that so long as I am choosing to live a non-monogamous lifestyle, I should avoid using that label? Do you think one can be a Christian, and also have extramarital sex in the context I’ve described? Tell me your thoughts!

My answer: So, let’s imagine that you are God looking down on all the world’s suffering and injustice: you see war, poverty, torture, racism. And then, off in their own tiny corner of the world, you spot a married couple, who are trusting and loving themselves, and others, just as you and your husband are doing.

Now, would you respond to the sight of that couple by going, “Oh, my Me! Just look at those two, giggling and having all that fun. How dare they make the world a kinder, more enjoyable place to be! Heaven forfend! Michael! Fetch my bucket of lightening bolts!”

No, you wouldn’t. Instead, you’d be all, “Ah. That is so, so sweet! I just love it when happy people get happily sexed-up by other happy people. Look at those two. They love and trust each other so much that they’re willing to bring others into the sacred space of that love and trust. Those are my kind of mortals, right there.”

I don’t know about you, but the only God I could be on board with is one who wants more love in the world, not less. Why in the world would I be interested in a God who cares more about whether or not I’m following some arcane set of rules for being a good person, than they do about whether or not I actually am a good person? (I use the pronoun “they” for God, because if God has a gender, I’m a surfing yak.)

Here’s the deal: It’s no one’s business whether or not you’re a Christian—or if you’re the right kind of Christian, or a good enough Christian, or any of that toxic nonsense. That’s all just muck people like to mess around with so they don’t have to spend any time cleaning their own dirty shoes.

If someone feels like they need to know where exactly you fall on the infinite spectrum of Being Christian, then they can ask you about that—after, that is, they’ve developed with you the kind of close relationship wherein such a conversation has a healthy and natural place. Until that time, they need to keep to themselves their interest in judging you based on whatever moral code it is that they’ve accepted as their own.

Call yourself what you want, when you want, how you want, and to whom you want. It’s all your business, and nobody else’s. If somebody, for whatever reason, then feels it incumbent upon them to call you a hypocrite, then . . . okay. Then just be grateful you’re not them. 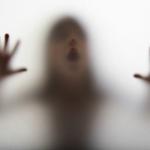 June 30, 2020 Why don't more Christians act like Christ?
Recent Comments
0 | Leave a Comment
"Thank you thank you thank you for this! This is exactly my story... Our story. ..."
ashley williams 1 Man, 2 Women In A ..."
"Hello dear Brother in Christ. You are experiencing Child Abuse and if it were possible, ..."
Marion Duncan Pastor calls his Christian teenage son ..."
"I am interested in why we believe that we can measure that which is by ..."
Gary Kennedy Why atheists win arguments with Christians ..."
"Tell him there is a bigger world out there and many churches now accept LGBTQ+ ..."
John Sweet Pastor calls his Christian teenage son ..."
Browse Our Archives
Related posts from John Shore