Christians shouldn’t get depressed? What BS. 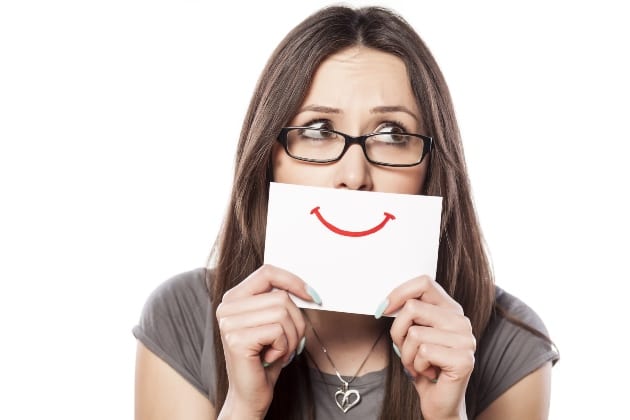 What is your experience with Christians dealing with depression? I’m asking because I’ve suffered from severe depression and anxiety. Most of the pastors I talked to were very understanding and sympathetic. But they also cautioned me not to tell anyone else in the church about my depression.

The Christian mental health counselors I talked to were another story. I told one that my depression and anxiety had become so bad I was considering suicide. She said if I committed suicide I’d go straight to hell, and be separated from my family forever.

The problem was at that point in my life I couldn’t stand going to church. I couldn’t read the Bible without feeling ill, and seeing anything religious made me anxious. So I wasn’t sure where to turn, who to talk to, or what to think.

Have you ever run into people with the same problem, of feeling that their Christian faith should keep them from feeling depressed?

Yes, I have known a great many people who were suffering as you are now. And it is always so heartbreaking.

So many Christians are burdened by the conviction that they are very much supposed to be immune from experiencing basically all of the negative emotions: depression, anxiety, low self-esteem, and so on.

Such Christians are caught up in (what I always think of as) the Happy Christian Syndrome. They cannot show the world that they’re unhappy, because that (they feel) would make obvious to all that they are spiritually unfulfilled—that they have a distinct dearth of the Holy Spirit within them.

So they hide their true feelings, especially from their fellow Christians, and most especially from their pastor, of all people. They do that because they don’t want to be thought of as inferior Christians. And that emotional distancing from others—that stress of continually having to pretend to feel a whole lot differently than they do—makes them feel even worse inside, which makes them pretend even harder.

A perfect example of how the Happy Christian Syndrome is enforced and perpetuated is the time when I was speaking with a friend of mine who is a prominent pastor. We were talking about a mutual acquaintance of ours—a member of his congregation—whom I knew to be suffering through some pretty acute depression around some abuse she’d suffered as a child.

“Depression and low-self esteem is pure egoism,” said the pastor. “It’s putting yourself ahead of God. The only psychotherapy anyone needs is the Bible.”

And I thought, Holy cow. This man’s fidelity to the ideals of Christianity has blinded him to the reality of human suffering.

I could ultimately forgive my friend this profound shortcoming, because I knew that he was coming from the same place from which the lack of compassion always comes, which is fear.

He was afraid of the truth that so many Christians are so afraid of they largely block that fear from their conscious minds, which is that Christianity does not have all the answers for everything.

Believing in the Christian God is not a cure for everything that plagues your mind, body and soul. It’s not a fast-track to spiritual happiness. It doesn’t solve all your problems.

You can’t just open your Bible, start reading, and expect, say, your childhood traumas to suddenly evaporate. Because they won’t. That matrix of psychological suckdom will still be there, waiting to swallow you right up, the moment you close that book.

So very much about the lives of so many people is, in one way or another, wrapped up in dealing with—in essentially trying to resolve—issues from their childhood: when they were abused, neglected, traumatized. That grueling sort of emotional legacy from childhood is real. It lasts within us our whole lives long, hurting us, wrecking us, poisoning us.

And, ultimately, we have to deal with it directly, purposefully, methodically, and on its own terms.

Nobody gets to shortcut their way around that kind of deep personal reckoning. Not me, not you, not the Dalai Lama, not the most inspirational pastor in the world. Nobody. Having religious faith can help a person to heal, to find their way, to grieve for the childhood they lost. For sure.

But faith, in and of itself, cannot get that job done for you. You have to help it. You have to join the fight. In this most crucial and real sense, Jesus Christ needs you as much as you need him.

What we all need to do is appreciate and accept that it’s perfectly okay—because it’s so perfectly human—for us, at various times in our lives, and any and no apparent reason, to be hurting, to feel sad, lost, afraid, hopeless and helpless.

Not only is it okay to feel and own these sorts of negative emotions, it’s good. It’s healthy. Because those are the emotions that tell you that something happening somewhere in your life—be it something in the present, or something from the past—is wrong. Is off. Needs your attention.

Something in your world—something near to your heart—needs fixing. Just acknowledging that is the first step towards actually fixing that thing, towards resolving that issue. And facing and resolving issues in our lives is how we grow, how we develop, how we achieve a level of peace in our lives that the Bible alone simply cannot impart.

Any Christian desiring what amounts to permission to feel emotionally desperate has only to remember Christ’s own anguished cry on the cross, My God! My God! Why have you forsaken me?

If Jesus can so despair over his belief that he had been abandoned by God, I think it’s safe to assume that anyone who follows him is allowed to do the same.

If you are still suffering in the deeply painful way you described in your letter, then . . . . well, first of all, I’m so glad you didn’t commit suicide! That’s . . . beyond wonderful.

Oh: The idea that you’d have gone to hell for being so desperately sad about life that you opted to end your life is pure and horrendously toxic bullshit. It’s just an insanely stupid thing to believe. (That said, if the fear of eternal damnation stops a person from committing suicide, then . . . that’s certainly a good thing. Still not true—but if something saves a person’s life, at least for that moment it’s good enough for me. But I can’t think of any other context in which “People who commit suicide go to hell” is anything but reprehensible.)

Beyond that, my best advice is to pay attention to your “negative” emotions. Listen to them, sit with them, respect them. Appreciate them.

Because those emotions are your friends. They are telling you—in the only language they have, which is the language of the heart—that something you are more than capable of fixing does in fact needs to be fixed.

There’s someone you need to talk to, some conclusion you need to draw, some action you need to take. Very often your “negative” emotions are trying to tell you there’s a little child within you, the child you used to be, who needs your love and attention.

Whatever the problem is, you can handle it. You’re in control. You have the power to determine the quality of your own life.

If anyone else has a problem with you feeling your way through your own pain, with you working out your own personal concerns and issues—and especially if that person is in any way using Christianity as a means of shaming you, or trying to impress upon you how important it is that you never express whatever it is you’re feeling or going through—then [bleep] that person.

They don’t know you. They don’t know your problems. And they sure as [bleep] don’t know Jesus Christ. Any person who makes a point of telling you how God feels about you wouldn’t know God from hollow gourd. Feel free to shake off such people like the proverbial dust from your shoes. Makes going forward a lot easier.

Okay! That’s it for now! Don’t hesitate to write me anytime, to let me know how you’re doing. Love to you.

Got a question you’d like John Shore to answer? Send it to john@johnshore.com. Your question may be edited for brevity, clarity, or to ensure anonymity.

John Shore is author of the books Everywhere She’s Not, and UNFAIR: Christians and the LGBT Question. 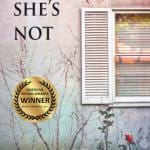