Mary: “How do I feel, Joseph? Pregnant. Very pregnant.” 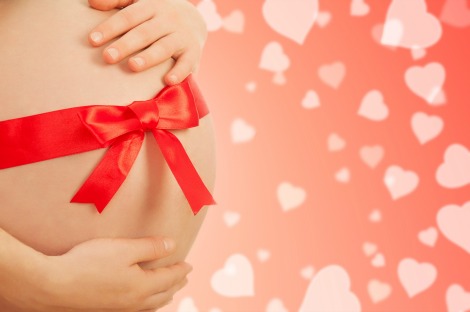 (Every year about this time I hear from a church or two, who, while searching the Internet for something they’d like to perform during one of their Christmas services, has come across the below, which I wrote some years ago, and which they’d like to perform. Having just this week heard from once such church [hello, Williams Lake Church, in B.C., Canada!] I thought this year I’d finally think far enough ahead to republish the script now, in case any of my newer readers think it might be something their church might also care to perform. If it is I would like nothing more. [Except, that is, if you also sent me any photos or recording of your performance, so I can see it!] The script is in printable-outable pdf form here: Mary and Joseph: The Night Before. If I can be of any further assistance to you, please feel free to email me at john@johnshore.com.)

Joseph: How do you feel, Mary?

Joseph: Are you comfortable? Do you have enough hay?

Mary: I do, thank you. And thanks for doing such a thorough job cleaning that feeding trough. I can’t believe our baby’s first crib will be a feeding trough.

Joseph: No, no: it’s not a feeding trough. It’s a manger. Remember: not trough. Manger.

Mary: You’re so funny. That is a better name for it.

Joseph: We’re lucky we even got that. I can’t believe how crowded the inn is.

Mary: Everyone’s traveling because of that stupid census. Why can’t we just send something saying who we are? Why do we have to come all the way to Bethlehem in person to register?

Mary: I wish it would hail on Caesar. [Rubbing her belly]: Oh, well. Our little guy here will have a thing or two to say about the way things are run.

Joseph: Apparently. You know, I still can’t get over what the angel said to me that night.

Mary: Tell me again! I love that story.

Joseph: Well, I was sleeping, just like any other night—you remember that night; I stayed up late because I’d eaten that bad chicken.

Mary: I do remember that. You poor thing.

Joseph: So I’m finally asleep—when all of a sudden this vision of an actual angel was before me. In a voice like all the music in the world played at once, the angel said to me, “Joseph son of David, do not be afraid to take Mary home as your wife, because what is conceived in her is from the Holy Spirit. She will give birth to a son, and you are to give him the name Jesus, because he will save his people from their sins.”

Joseph: I know. That’s was pretty much my response.

Joseph: Which is why I didn’t exactly share it with the neighborhood.

Joseph: And then of course before that you had your whole miracle.

Mary: Tell me about it. Talk about divine intervention.

Joseph: And the angel who came to you said what, again? I love hearing it.

Mary: He said not to be afraid, that I had found favor with God. “You will be with child,” said the angel, “and give birth to a son. And you are to give him the name Jesus. He will be great and will be called the Son of the Most High. The Lord God will give him the throne of his father David, and he will reign over the house of Jacob forever; his kingdom will never end.”

Joseph: Well, at least we don’t have to worry about picking out a name for the boy.

Mary: [laughing] Yes, I suppose it is.

Joseph: You know, I still wonder what my angel meant by “he will save people from their sins.” Do you wonder about that?

Mary: How could I not?

Joseph: What is that about, you think?

Mary: I have no idea. I guess … that people will stop sinning?

Joseph: But do you really think that’s possible?

Joseph [chuckling]: No, let’s not. But how do you think that whole “save people from their sins” thing is gonna work, exactly?

Mary: Maybe everyone will just start being … really nice all the time?

Joseph: I guess. Or maybe our son will make it so that people don’t want to sin?

Mary: Or maybe that they can’t?

Joseph: And how’s he gonna affect everybody? That’s a lot of people.

Joseph: Be a change for me, anyway. You wouldn’t even notice a difference.

Mary [playfully slapping him]: Stop it. Besides, it won’t be just us. Remember: “He will reign over the house of Jacob forever”? That’s not just us.

Joseph: It’s all so unbelievable.

Joseph: Well, we know we’ve been told not to worry. So whatever happens, it’ll be okay.

Joseph: I love you, Mary. So much.

Joseph: Once our baby boy is born, things are going to be different for us.

Mary: In some ways, yes.

Joseph: I guess they’ll be different for everybody.

Joseph: What do you mean?

Mary: I hope that no one hurts him.

Joseph: Whaddaya mean? Why would anyone want to hurt him?

Mary: I don’t know. But you know how people are.

Joseph: I know how people usually are. But, unless I’m totally missing the whole point here, this child of ours is going to change all that.

Joseph: Of course I’m right. He will be called “the Son of the Most High,” remember? Why on earth would anybody ever want to hurt him? 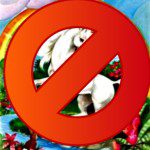 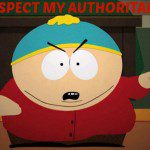 November 18, 2014 How Christians arguing against homosexuality sound to me now
Recent Comments
9 Comments | Leave a Comment
"Thank you thank you thank you for this! This is exactly my story... Our story. ..."
ashley williams 1 Man, 2 Women In A ..."
"Hello dear Brother in Christ. You are experiencing Child Abuse and if it were possible, ..."
Marion Duncan Pastor calls his Christian teenage son ..."
"I am interested in why we believe that we can measure that which is by ..."
Gary Kennedy Why atheists win arguments with Christians ..."
"Tell him there is a bigger world out there and many churches now accept LGBTQ+ ..."
John Sweet Pastor calls his Christian teenage son ..."
Browse Our Archives
Related posts from John Shore