Imagination Is the Bridge Between the Material and Spiritual Worlds

There is a moment in J. K. Rowling's young adult novel, Harry Potter and the Deathly Hallows, when Harry dies at the hands of his enemy. He finds himself in an afterlife version of King's Cross Station in London and meets with the spirit of his deceased teacher, the great wizard Albus Dumbledore.

At the end of a long conversation, Harry asks him, "Is this real? Or has this been happening inside my head?"

Dumbledore says, "Of course it is happening inside your head, Harry, but why on earth should that mean that it is not real?"

Harry is not sure what has happened to him. If he is dead, why does he still feel so alive? If he is dreaming, why does he still feel so real? Dumbledore suggests to him that what is real can be applied to things beyond the physical world. What Harry doesn't know is that, in that moment, he has passed beyond the physical world and entered into the world of imagination.

We usually think that what is real is our tangible world; anything outside of that is simply not real. We usually think that imagination is an aspect of the mind's activity. We like to encourage children and artists to show us how imaginative they can be. In religious traditions around the world, however, what is real is actually a many-layered cake and the world of imagination is one of those layers.

For example, Muslim philosophers — like Ibn Sina (980-1037), Suhrawardi (1154-1191), and Ibn Arabi (1165-1240), alongside their Buddhist and Christian counterparts — taught that between the world of spirits and the world of bodies, there is a middle ground. They called it the world of imagination or resemblances (Arabic: alam al-mithal). This world touches the physical world, so it contains subtle resemblances to things we know from the physical world. It also touches the spiritual world, so it contains luminous agents and forces drawn down from that world. It is more real than the physical world and less real than the spiritual world, yet real in its own way nonetheless. It is both "out there" and "in here," as Dumbledore might agree.

The world of imagination mediates between the spiritual and material world for us (see the hierarchy below).

Imagination keeps our heads from spinning out of control contemplating the infinite possibilities of spirit: the vertigo of countless choices, aspects, and facets. Imagination mercifully reduces the infinite to the many and thereby gives us a rich yet reasonable range of choices. It also opens up and extends the possibilities of the physical world. We think we might be trapped by the life we see before us and its restrictive definitions, but we can change that life and its definitions by imagining a different, more expansive one.

In this way, we can access the world of imagination through our own creative practice of visualizing, daydreaming, composing, and crafting. Did you notice how much the Arabic word mithal resembles the Greek word mythos, from which we get the English word myth? It's not a coincidence. The world of imagination is the source of all our collective symbols, stories, myths, fairy tales, and fantasies.

It is the garden given to Adam and Eve to enjoy. It is the plasticity of the Matrix that Neo can bend like no one else. It is the luminous King's Cross Station that Harry Potter visits after his death. It is Gandalf's vision of passing out of "thought and time" after his battle with the Balrog. It is the layered realm of the seven heavens through which the Prophet Muhammad ascends on his night journey toward the presence of God. It is Suhrawardi's emerald cities of Jabarsa and Jabalqa. It is the world of Dream from Neil Gaiman's Sandman mythology. It is the summer lands where the Faerie dwell without winter. It is the hidden kingdom of Shambhala.

Religion uses these symbols and myths because it too is interested in being a bridge between the material and spiritual worlds. In fact, there is no religion without religious imagination. The prophets and sages, who are master artists of the world of imagination, bring the truth and wisdom of the spiritual world down to the physical one by clothing them in symbols and images. We who are apprentices to their artwork — the scriptures and traditions of religion — are entrusted to take those symbols and images and reconnect them back to the spiritual world.

By engaging the symbolic and fantastical stories of religion in this way, we absorb lessons, trigger insights, evoke character, and actualize potentials. We read them, we recite them, we act them out, we remix them, and we pass them on. Since they are both real and happening inside our heads, they open our eyes to new possibilities and transform us. It is through this kind of active and vigorous engagement with the world of imagination in all its richness that we can eventually cross over to the other shore: the world of spirit and infinite possibilities. 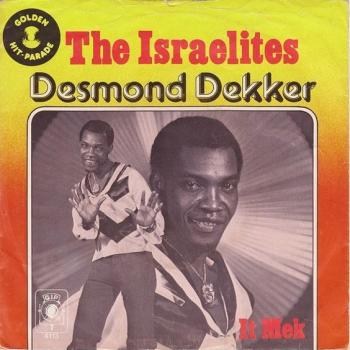 Dark Devotional: When Apologetics Fail
guest writer
Get Patheos Newsletters
Get the latest from Patheos by signing up for our newsletters. Try our 3 most popular, or select from our huge collection of unique and thought-provoking newsletters.
From time to time you will also receive Special Offers from our partners that help us make this content free for you. You can opt out of these offers at any time.
see our full list of newsletters
Editor's picks See all columnists