Bookstore Initiations and the Rites of Becoming

When talking about "rites of passage" within a religious framework, we generally discuss births, deaths, weddings, and the transition into adulthood. In most cases, there are very specific and often-beautiful rituals used to celebrate these significant life transitions. They are literally rites that permit passage to a new aspect of one's existence, even if that new place is in death.

However, there are other "rites of the passage," some of which are overlooked in the overarching dialogue on the subject. These moments may be small and highly personal, and the accompanying rites seemingly mundane. Such moments do not typically demand gold-foiled invitations, rented halls, and DJs, but they still can be very memorable and deeply transformative.

You remember the moment you moved into your first home or sent your youngest child off to college. Retiring is also a life-altering choice, as is giving up a pacifier or earning your driver's license. These events certainly differ for each person and are culturally dependent in magnitude and experience, but they do punctuate our lives.

One such moment for many first-generation Pagans and Heathens is the transition from one's birth religion to an adopted belief system. Often the journey begins with a very simple act — the buying of a book.

After years of hovering around a local crystal shop in New York City's West Village and stalking the Occult sections of various bookstores, I finally built up the courage and money to buy my first Witchcraft book. Nervous tension was mixed with enthusiastic excitement, as if I were about to embark on the first human shuttle flight to Mars. When I approached the counter to pay, I felt as if all eyes were on me and on the pentacle stamped into the book's front cover. I shuffled quickly out of the store, clutching my purchase, as if it was stolen goods. Now, many years have passed and I still have that book, as well as the many others that came after.

Talking to other Pagans, I have learned that this is, in fact, a shared experience. The buying of that very first Occult book is not unlike a primary initiation, or a rite of passage. For those looking to explore Pagan and Heathen minority religions, there aren't many easily accessible places to find basic information and guidance. Books can fill that need.

Majestic modern Pagan temples and churches don't dot the landscape of Anytown, USA. There are no marquee reminders of the date and time of religious services, or public banners advertising upcoming speakers or camps. Furthermore, the Pagan population is relatively small and often hidden from view. In fact, in many communities, there is little to no access to Pagan groups, and the internet can be a poor substitute.

Additionally, Pagans and Heathens confront another barrier to exploration — the cultural stigma attached to many of these practices, as well as to the idea of converting itself. Often the act of conversion becomes in part an outward rebellion, making it more deeply felt by the seeker. This can be true even if one is going from Judaism to Christianity or from Islam to Atheism; it doesn't matter. If the surrounding thought is against transformation, the simple act of buying a book can be profoundly significant in the process of self-making.

For that reason, the decision to act and then to act, even if it's just to purchase a book, is a negotiated, planned step of meaning. Whether it is at Barnes or Noble, or a local metaphysical shop, it often takes time, will, and, in some cases, courage to make that first purchase and bring that book home. In finally doing so, the seeker passes through the first door of becoming. It is the becoming of someone new through a process marked by a very small and very personal rite: the buying of a book.

While there are now many second-generation Pagans and Heathens, most of these religions are still predominantly populated by those who willingly adopted the practice. Therefore, there are many people who have experienced the same "thrill of the purchase" that I did. For others, the rite may have been in the borrowing of a book or the buying of a magazine. In any cases, the rite is the same. For today's youngest seekers, this initiation may involve a click of a "pay now" button and the arrival of a package. Or the act of purchasing or even borrowing may be as simple as downloading to a Kindle or other reading device. Although technology is changing the way the rite looks, the process and its meaning are, once again, still the same.

Buying a book started my journey into Wicca and Paganism as it did many others. That single event was followed up by the purchase of my first Tarot deck and then a pentacle necklace. It would be years later before I ever found the courage to attend a group event, which, like the initial book purchase, was life changing.

Just making the decision to try something new and then acting on it can change a deep part of one's spirit. Many religions, including Wicca, have rituals to celebrate and process religious dedication or to acknowledge the entry onto such a path. However, those established rituals and celebrations usually come after some learning has taken place. The very small act of making the decision and taking that first step into learning can be just as profound. In Wiccan terms, this act is a small but significant magical spell, one that transforms through a statement of purpose fueled by one's will. 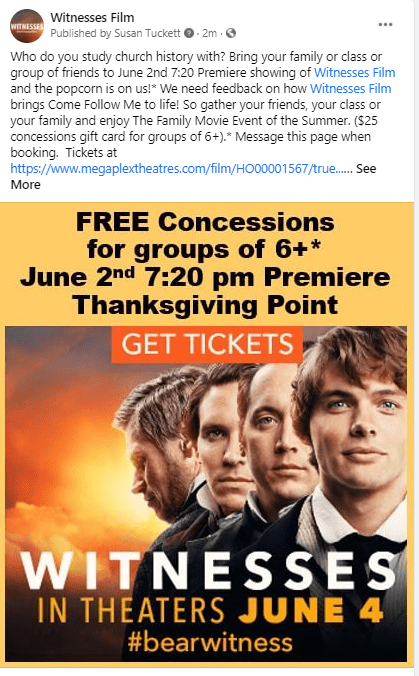 Why Katie Thurston of “The Bachelorette” is making headlines: Four biblical...
Jim Denison
Get Patheos Newsletters
Get the latest from Patheos by signing up for our newsletters. Try our 3 most popular, or select from our huge collection of unique and thought-provoking newsletters.
From time to time you will also receive Special Offers from our partners that help us make this content free for you. You can opt out of these offers at any time.
see our full list of newsletters
Editor's picks See all columnists