Community Support in the Passage from Life to Death

Spring gives life to everything including seemingly dead trees. As I look outside the window, many shades of newly developed leaves have endless beauty. But like everything else, they also have a limit to their life. The same principle implies to human life. It also ends. The occurrence of death is not bound to a certain developmental stage; it can happen anytime, anywhere. Our next breath is not promised, so planning for life is advised.

The ending of human life is emotional and inevitable. It leaves a distinctive imprint on each community depending on its geographical location. For Muslims living in small towns, death comes with extra challenges. Small communities in sparsely populated states deal with its obligations quite differently than larger communities in metropolitan areas.

As I write this post, I am thinking about a physician friend who was happily expecting her second child and was going about her day at the hospital when she started feeling unwell. In matter of hours, things changed drastically, and we lost her within three days. For a small community, it was a big loss. We got together at the masjid to start planning her final rituals.

Despite being horrified by the sudden turn of events, we were all together, all shades of human beings from all faiths. A local funeral home arranged for its staff to be present at off hours to enable the ghusl, or bathing of the body. With passage of time, they had become familiar with the urgency involved in Muslim burial and made sure their arrangement was compliant with Islamic law.

Interfaith harmony is at its best in those areas where you know everyone from several generations. Most of the families stayed at the masjid during this process to perform janaza salat (the funeral prayer) for our friend. We are taught that the more people present at this salat, the better it is for the departed soul.

Shrouding the body is part of preparing it for burial. The kafan (shroud) of a male consists of three white sheets, while a female kafan is five sheets. One extra sheet is used to cover her head and hair, and the other one is to wrap her body from armpit to thighs. Our masjid did not have a kafan, so a friend went to local Walmart to get one. Unfortunately they didn't have white cotton cloth, so he resorted to buying several white tablecloths to make one. Eventually it all came together and we got her ready for burial.

In a similar situation a few months later, a visiting friend performed the washing of the body for another community member. She included some of us, so we could learn and become self-sufficient for future needs. Both these experiences led me to think about the uncertainty of our seemingly certain lives.

During my next trip to Pakistan, I bought two kafans for my family and two for the masjid. At the airport for our flight back to the U.S., the female customs agent inquired about my intention to bring kafan to the U.S. Despite my assurance that I am bringing two for personal use and two for donation, she didn't seem convinced. Eventually, we went through an extensive search of all our luggage.

My always-positive husband tried to bring humor into the situation by saying I will make him spend more even when I die, since my kafan requires five pieces of cloth as opposed to his three. Eventually we made it to U.S. safely with all four kafans in our possession. Shortly after that trip, we moved to a different state with a much larger Muslim community. I still wonder about the two kafans we left at the masjid and who they were used for.

Last year, I experienced the death of a loved one, and death in a large community in a metropolitan area gave this experience an entirely different meaning. The Muslim funeral home offered kafan and Zamzam (water from well of Zamzam in Makkah, Saudia Arabia), and many experienced volunteers to wash the body. A local masjid had several hundred people at the janaza salat, and we buried our loved one in Muslim cemetery.

Despite these two experiences being very different from one another, there are some stark similarities. Death unites people in many ways, and almost always brings out the humble realization that life is temporary. Defying death is impossible. Our belief that the mercy of Allah is bestowed upon all departed souls equally regardless of the circumstances around their death is reassuring.

With that belief, we can take solace that added challenges are merely a way for people to come together and find strength within themselves. All faiths define life as a test upon us. Each challenge brings us together and prepares us for the final judgment day. 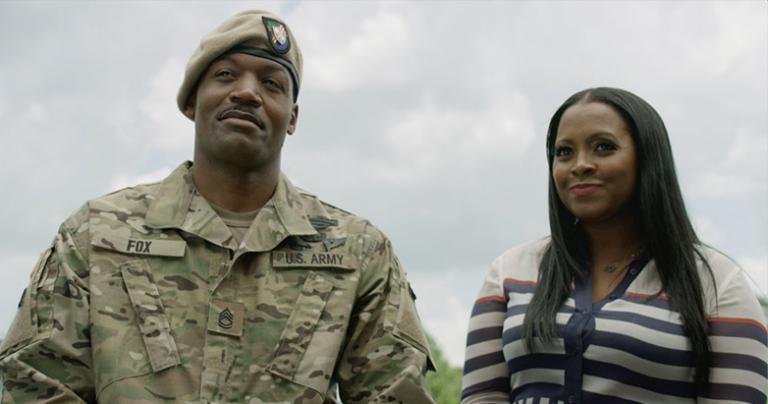 Hitler, Trump, and the Golden Calf
Vance Morgan
Get Patheos Newsletters
Get the latest from Patheos by signing up for our newsletters. Try our 3 most popular, or select from our huge collection of unique and thought-provoking newsletters.
From time to time you will also receive Special Offers from our partners that help us make this content free for you. You can opt out of these offers at any time.
see our full list of newsletters
Editor's picks See all columnists