Laudato Si: A World to Live and a Life to Love

Pope Francis’ encyclical Laudato Si’ represents a new moment in the Church’s ongoing mission to read the signs of the times. Standing in continuity with previous papal teaching on the significance of human relation to nature, it presents environmentalism and the current ecological crisis as an aspect of the New Evangelization.

Pope St. John Paul II spoke often of the emerging ecological awareness, and encouraged the development of concrete programs and initiatives to aid the environment. Taking his predecessor’s words to heart, Pope Benedict XVI successfully converted the Vatican to be carbon-neutral, making it the world’s first sovereign state to do so and giving him the nickname “The Green Pope.” Pope Francis took up the torch in his very first homily as Pope. “In the end, everything has been entrusted to our protection, and all of us are responsible for it. Be protectors of God’s gifts!”

On May 13, 2016, the Memorial of Our Lady of Fatima, Archbishop Javier Martinez Fernando erected the International Institute Laudato Si for the Care of Creation in his own Archdiocese of Granada, Spain. The purpose of the institute is to raise awareness and propose solutions to the ecological crises of the day, in light of Laudato Si. Four months later, the Institute established an agreement with Saint Joseph’s College, a Sisters of Mercy liberal arts college just outside of Portland, Maine, to provide precisely the kind of concrete program called for by John Paul II, and envisioned by Pope Francis - a unique initiative that responds to the ecological crisis of our day within the theological framework established in post-conciliar papal teachings.

The International Graduate Certificate in Christianity and an Integral Ecology: A World to Live and a Life to Love enables students to understand deeply, and personally appropriate, the teaching of Pope Francis that we must all discover our vocation of being a protector of God’s earth and its creatures, respecting the environment in which we live. The program develops the theological and ecological literacy needed to live out the vocation to respect and protect.

The certificate is completed over a 17-month period. The first cohort begins online in April, 2017. Applications for the International Graduate Certificate in Christianity and an Integral Ecology are now being accepted.

A prestigious international faculty includes Dr. Pablo Martinez de Anguita d´Huar, a Spanish forestry engineer working on nature conservation connected with rural development in poor countries. He is currently a professor at Rey Juan Carlos University in Madrid, and serves as the Director of the Institute Laudato Si. He and his wife Dr. María Ángeles Martin, professor of Environmental Impact Assessment at the Rey Juan Carlos University, teach the two hybrid courses in the certificate program.

Fr. Ildefonso Fernandez-Figares, rector of the Seminary San Cecilio in Granada, Dr. Aaron Riches, also of the Seminary and author of Ecce Homo, and Michael Taylor, General Secretary of the Institute, collaborate on the metaphysicial and theological dimensions of an integral ecology.  Dr. Connie Lasher of Molloy College, whose scholarship as a theologian explores dimensions of the human relation to nature, rounds out the faculty, offering the first course of the program on environmentalism and the New Evangelization. 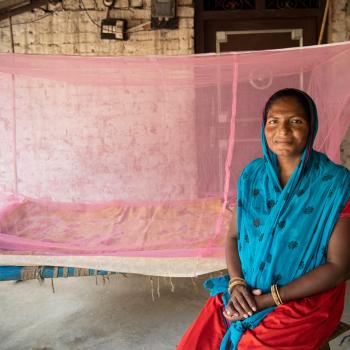