The Secret Awareness of Children

I am an aunt eleven times over and I love it! My nieces and nephews taught me how to play with abandon and to enjoy the simple things in life. From forts made from cardboard boxes to popsicles, I enjoyed every moment to the fullest.

Since I was a late in life child, my siblings are much older than I am and started families while I was still very young. Consequently, my oldest nephew, John, is only six years my junior and we basically grew up together. John was born with cerebral palsy and struggles with muscular problems on the right side of his body and with his hamstrings in both legs. Throughout his early childhood he had several surgeries on his legs and his right arm. After one of his more serious surgeries, both of his legs were in a cast with a connecting bar that kept his legs fixed at a certain angle. Part of his recovery took place in my living room on a backyard lounge chair since he couldn't fit into a regular sized chair. He would spend his days at my house (with grandma as primary caregiver) and his nights at his own house. I saw him day-in and day-out for six weeks. I experienced his tears of frustration at being laid up on a lounge chair as well as his bouts of laughter when someone would draw something fun on one of his casts.

Several people from our little Southern Baptist church visited John and prayed for him. Some would pray for complete healing, that he would no longer struggle with cerebral palsy. Others would pray for his legs to be strengthened by this surgery. In the midst of their prayers, John would pray along with them something like this, "God, please help my legs to stop itching," or "my backside is sore, could you help it feel better?" His awareness of God and his belief that God was with him were unbelievable. John's prayers held a spiritual awareness of God that far surpassed that of many adults. His sense of God's presence displayed an innate spirituality that defied religious categories. To me, it felt a bit like John had some "secret awareness" of God's presence. It wasn't flashy or reverent; it was alive, fresh, and simple.

Experts in the field confirm childhood faith like John's. For instance, Tobin Hart, the author of The Secret Spiritual World of Children, highlights a variety of spiritual experiences children shared during his five-year study. In one account, Hart's own daughter describes her experience with "her angels." She shares, "They let me know I'm loved." What a simple, yet powerful image!

Vice President of Search Institute, Eugene Roehlkapartain, reminds us that authentic childhood spirituality is not something newly discovered; children have always been spiritual with a refreshing propensity to seek the divine. However, scholars and practitioners have newly discovered the significance of the openness and fascination with children and their spiritual lives. The Child Spirit Institute, a non-profit organization, focuses on children's spirituality no matter their faith tradition. Through research projects, innovative programs, and partnerships they strive to equip adults (e.g., caregivers, educators, innovative religious, and spiritual leaders) to encourage children to become wholehearted spiritual beings (childspirit.org).

In addition to scholarly research, popular culture is fascinated with children, their spirituality, imagination, and wonder. The recent Pixar movie Inside Out depicts the emotions of a little girl (Riley) quite brilliantly. It explores the variety of experiences that shape and inform Riley's world. Both positive and negative experiences, neither all bad nor all good, influence Riley's self-esteem and her relationships with others. At one point in the movie, Joy, one of the main influences in Riley's life, realizes the important role that sadness and disappointment play in her life. In addition, Joy realizes that imagination and wonder continue to strengthen Riley as she grows up.

I've seen the movie three times and continue to resonate with the importance of imagination and wonder, especially in terms of my faith journey. In prayer for others, I imagine what God would do in their lives if they were open to his leading. I also imagine that God's presence is with me in a tangible way. Interestingly, this has invited a sense of wonder and faith in the divine that has transformed the way I view life. Children have this capacity to imagine a better world and to incorporate those dreams into their prayer lives. As always adults often learn "from the mouth of babes"! 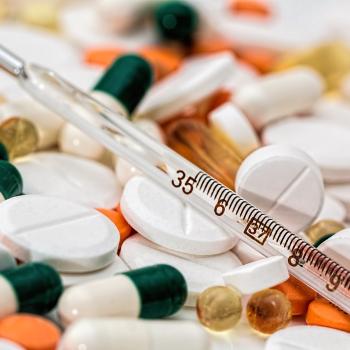 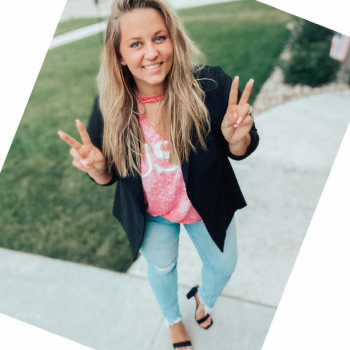 School Board Candidate: God Said I Could Break the Law When Obtaining...
Hemant Mehta
About
Get Patheos Newsletters
Get the latest from Patheos by signing up for our newsletters. Try our 3 most popular, or select from our huge collection of unique and thought-provoking newsletters.
From time to time you will also receive Special Offers from our partners that help us make this content free for you. You can opt out of these offers at any time.
see our full list of newsletters