Theocracy Reigns When Seculars Are Suppressed

The U.S. State Department has issued its annual report noting concerns about religious freedom in many places around the world. The historic focus of such reports was on claims of restrictions to religious practices by believers, including everything from subtle discrimination to violence and war, usually perpetrated by members of competing religious groups. While new State Department leaders have expressed a willingness to chart a more inclusive course, this battle over religious freedom has traditionally overlooked one of the biggest players of all—the secularists.

The most prominent recent example is the worldwide attention and response to the case of Alexander Aan, an Indonesian man who was beaten and jailed for questioning the existence of a god. Not only was there a recent protest at Indonesian embassy for his release, a petition has been started, attention is being paid by countries around the world, and there is a Wikipedia page for Aan. The case has also brought attention to Indonesian intolerance of the nonreligious in general, including calls from Muslim extremists that nonbelievers like Aan be killed.

Of course, secular responses to religious power-broking isn't limited to Indonesia. In Egypt, doubts are growing about just how interested the new Muslim Brotherhood government is in protecting the rights of their substantial non-Muslim minority, and secularists are crying foul. In Libya a centrist group with strong secular motivations has been successful in recent elections. In the United States, there has been a steady increase in those claiming a secular point of view and, for the first time, a majority says they would support an atheist for president. Worldwide seculars are on the rise and are using their increased numbers, clout, and respect to challenge those who'd use religion as a political weapon.

Although this often overlooked struggle may seem new, it's something that's been continuous since the first person claimed divine authority. From Socrates right up to the present day's Religious Right, people have risked careers and lost their lives challenging those who assert their right to rule based on a religious connection. The people who stand up to those wishing to impose a religious agenda on the rest of us need to be applauded. Thanks to them, as Luis Granados put it in Damned Good Company, ". . . America and the rest of the Enlightenment-influenced world is now a place where men and women don't face the threat of death for lack of belief."

Granados importantly shows history through the prism of the ongoing struggle between the experts who claim to channel God's wishes for mankind and a small (but growing) handful with the courage to say "No, you don't speak for God, and I'm not going to do what you say." He aligns those who preached that apartheid was God's will for South Africa with those who condemned smallpox inoculation as the work of Satan. And Granados tells the stories of those who didn't stay on the sidelines, like a Chinese official who sacrificed his career (and nearly his life) in opposition to worship of the Buddha's finger bone, the housewife who nearly shut down Mormonism before it gained traction, and the apostate Ayaan Hirsi Ali, who persists in telling the truth about radical Islam while under credible death threats, make Damned Good Company truly a Profiles in Courage for nontheists. 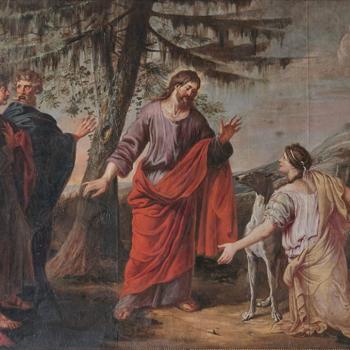 Rejoicing in the House of God's Prayer
Edwin Woodruff Tait
3 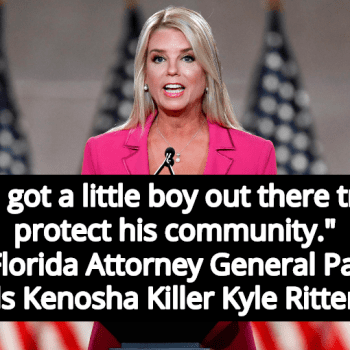 Ralph Reed: We Must Re-Elect Trump to Ensure Christian Supremacy in Politics
Hemant Mehta
Get Patheos Newsletters
Get the latest from Patheos by signing up for our newsletters. Try our 3 most popular, or select from our huge collection of unique and thought-provoking newsletters.
From time to time you will also receive Special Offers from our partners that help us make this content free for you. You can opt out of these offers at any time.
see our full list of newsletters
Editor's picks See all columnists