One Five-Year-Old, One Thousand Embryos, and One Category Error

Over at the Friendly Atheist, there is posed a hypothetical question that’s supposed to destroy the pro-life position. Suppose you’re in a fertility clinic and a fire breaks out. You have just enough time to save one five-year-old child or a container of 1,000 embryos. You can’t save both.

In the hypothetical, you’re “supposed” to save the five-year-old instead of the jar (vat? vial?) of 1,000 embryos.

I’m going to go on record and say that I am unimpressed.

The idea is that the value of the life of a five-year-old is worth much more than the life (or potential life) of an embryo.

But for that to be true, we would have to be much better at math than any human actually is.

This hypothetical is a restatement of the Trolley Problem. Suppose you’re the person in charge of a trolley track. You get the flip the switch and the trolley changes tracks.

Stated like that, it seems that the obvious answer is that you flip the switch. You kill one person, but you save 10 lives.

The underlying assumption to that answer is that a human life is worth X. By flipping the switch, you save +9X value. If you do nothing, you wind up with -9X. Easy decision, no?

The problem is that human lives aren’t interchangeable. And it’s probably impossible to determine whose life is worth more than anyone else’s.

But what if it was 1 million people vs. your child?

Your wife vs. your mother? (You can’t save both!)

Your editor vs. your mother-in-law? (You can’t kill both!)

It quickly becomes impossible to determine the relative value of the life of any 11 people. It’s easy for our moral instincts to assign arbitrary value X to “a human life.” But when we address a particular human life, the hypothetical completely breaks down.

We can’t tie 10 “human lives” to a trolley track and run them over. We can only tie down 10 individual people. And the value of their lives — their merits, crimes, loves, hates, potential — are impossible to quantify.

Let’s return to the child and the jar of embryos. The person posing the hypothetical assumes that the pro-life person assigns value X to both the child and to each embryo. The pro-lifer “should” want to save the jar because its value is 1,000X. But (it’s assumed) the pro-lifer wouldn’t because her moral instincts would ultimately value the child more.

Maybe that’s true. We can look into the helpless eyes of a five-year-old in a way we can’t look at a jar of embryos. Maybe that’s worth something morally. But we can’t assume value X in any other moral situation. There are no hypothetical lives to save: only real ones of an impossible-to-determine value.

Why should the pro-lifer be expected, in this situation only, to assume that we can assign a mathematical value to the lives (or potential lives) of the embryo and the five-year-old?

Put simply, I reject the premise of the hypothetical. And unless you want to reduce every moral decision to bean counting, so should you.

II. What About Bean Counting?

But maybe I’m wrong. Maybe every human life is worth exactly X.

Even so, the hypothetical still fails.

It only works — that is, proves its point — if we assign the five-year-old value X and the embryo value zero. If we assign an embryo any moral value at all, there would come some point at which some number of embryos surpasses the value of the child.

Maybe the number is in fact zero. But I don’t see why it should be. The only reason I’d have a jar of embryos in a fertility clinic in the first place is because someone wanted to make a baby. Someone, somewhere wants those embryos. It doesn’t make any sense to assign each embryo zero value.

Maybe I can assign each embryo a very low value. But if I’m going to play the game of this hypothetical, then we would eventually reach some number of embryos (size of jar?) that it would make more sense for me to let five-year-old old die.

The burden is on the person posing the hypothetical why the embryos still have zero value when someone wanted them to be created.

One response to this is that each embryo could have a non-zero value that will never add up to X. A table, for example, has some value, but no number of tables will ever equal the value of a five-year-old. It’s the same with an embryo. Assigning it a value on the scale of X is a category error.

But the embryo is more like a five-year-old than a table. If all were to go well — if there were no hypothetical fire in a hypothetical fertility clinic — all or most or some of those embryos would eventually become five-year-old children. You can’t make that claim of a table.

If I accepted the premise of the hypothetical (which I don’t), it’s not clear what the moral value of an embryo is on a scale of X. But the answer is only obvious if its moral value is zero, and there’s no reason for it to be zero.

The only thing this hypothetical proves is that moral mathematics is a poor substitute for ethical judgment.

Charles D. Beard is a husband, father of three, deacon candidate, and Catholic Worker. He is a fifth-generation Okie and has lived in or near Tulsa, Okla. almost his whole life. 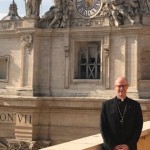 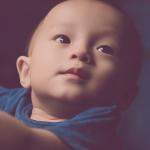 January 19, 2018 All Lives Matter: The Universal Dignity of the Human Person and Catholic Social Doctrine
Browse Our Archives
Related posts from A Belief Observed 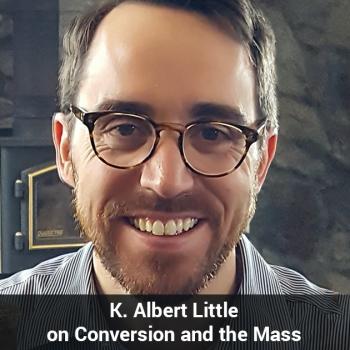 Catholic
K. Albert Little talks about his conversion and...
A Belief Observed 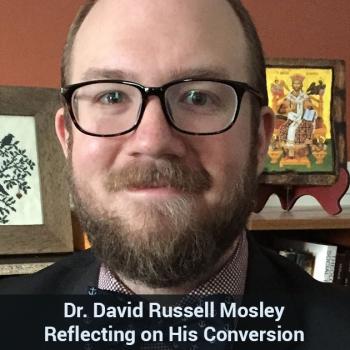 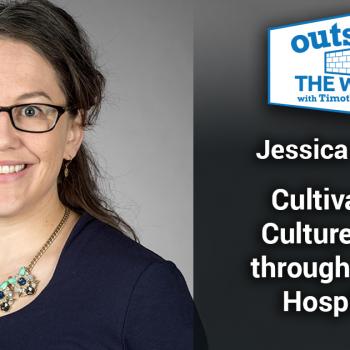 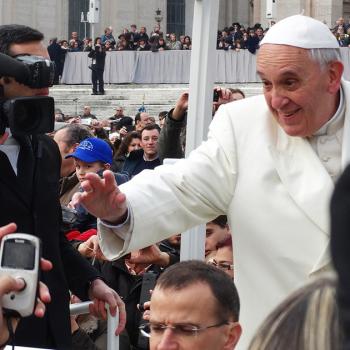 Catholic
The Pope in a Media Obsessed Culture: Don't...
A Belief Observed
TRENDING AT PATHEOS Catholic