6 Benefits of the Spiritual Evolution 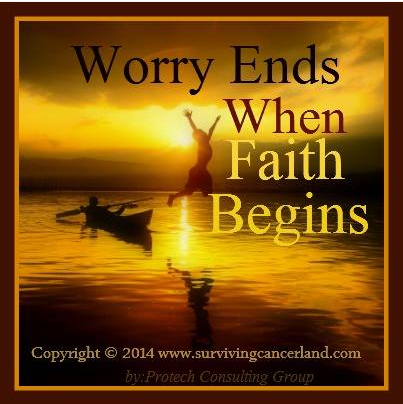 We are still in the Age of Aquarius. “Back to the Future” is still moving forward with the convergence of religion and spirituality. What does this shift mean for your world and Universal Wisdom?  The answer lies behind the veil of consciousness pulled back by guided dreams.

According to different astrologers’ calculations, the Age of Aquarius is approximately 1447 AD to 3597. The shift shaking belief systems to their core has escalated inner-guidance phenomena that defies logic, conventional measurement, and challenges some current religions, but is validated by life-experiences. Some guided messages are simple, “Listen and live or don’t and die.” How attuned are you to this spiritual transition?

Dreams as an innate healing and diagnostic tool for a healthy daily life were first respected and used in the ancient societies of Egypt and Greece. Dreaming was considered a supernatural communication or means of divine intervention.

Ancient Greeks constructed temples called Asclepieions, where the sick were cured through divine grace by incubating dreams-a convergence of spirituality and religion. Dream encounters with angels or spirit guides were considered to be of particular significance.

Current books describe the dreaming brain but few, if any, discuss studies on intuitive/dream approaches to the acquisition of knowledge about disease… until now.

Extraordinary dreams that guide, heal and change lives are being collected and shared by dreamers and researchers worldwide. In 2013 a project was initiated on dreams that diagnosed breast cancer that is jointly sponsored by Healing Imager, Inc., and Dreams Book, Inc., with IRB approval by the Rhine Research Center. Larry Burk, MD, CEHP, is the Principal Investigator. Dr. Burk’s research was presented at the 2014 IASD (International Association for the Study of Dreams) conference in Berkeley, CA and has been submitted for publication to the 2014 Sept/Oct issue of Explore: The Journal of Science and Healing -www.explorejournal.com/edboard. The research discusses twenty case studies.

Here are three extraordinary stories by ordinary people about the thinning veil between human consciousness and Divine guidance.

’Keefe-Kanavos was one of Dr. Larry Burk’s research patients. She wrote about her guided healing journey in Surviving Cancerland: Intuitive Aspects of Healing.(Cypress House 2014)

Kathleen’s yearly check-up had consisted of a mammogram, blood test and physical exam. Her doctor told her she was healthy and to go home. That night Kathleen had the first of many recurrent lucid precognitive guided dreams. A spirit guide dressed as a monk stepped through a pop-up window in her dream, much like a pop-up on a computer. Her epic dream stopped as time stood still.

The spirit guide took Kathleen’s hand, placed it on her breast and asked, “Do you feel that?”  When Kathleen said yes the guide replied, “That is breast cancer. Return to your doctor tomorrow,” and her epic dream resumed as the guide disappeared. Kathleen’s doctor felt nothing but ordered another mammogram showing that she was healthy. When the spirit guide reappeared in Kathleen’s dream a third time she began to cry and said, “My doctor won’t listen to me.” The guide handed her a white feather and said, “Return to your doctor tomorrow and use this feather as a verbal sword and fence for exploratory surgery. You will win.” Using the feather imagery, she convinced her doctor to do surgery.  Pathology reported a primary stage two aggressive tumor in the right breast and a positive lymph node. Three years later, Kathleen was warned in a dream about three cancers in her lifetime by her physician-within named Dr. Jules. 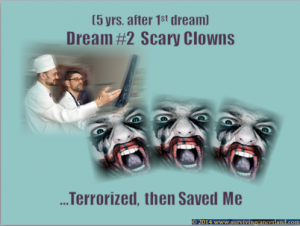 years later Kathleen was warned of stage–four recurrence in a dream by spirit guides dressed as doctors who turned into scary circus clowns.

Kathleen understood that the nightmare was a frightening call-to-action. A double mastectomy revealed the third cancer; three crabs—all diagnosed by prophetic dreams. Guided dreams had saved her life.

Another research participant, Carolyn K. Kenney, Ph. D.., RN published her academic perspective on the warning dream experience and inner voice guidance in 1996. Like Kathleen, Carolyn describes her dream and how it influenced her to seek medical attention.

Wanda Burch was another participant who described her recurrent lucid precognitive dream as the Dance of Death in her book, She Who Dreams (New World Library). Like Kathleen, Wanda’s dreams foretold her diagnosis of cancer.

Dream Guides Expand Relationships in all Aspects of Life

Not all dreams contain life-altering information that must be remembered. However, when you are in crisis or plan to make the “mistake of a lifetime,” your ET (Eternal Teacher) phones home for help. Dreams are phone lines to the “other side” answered by Spirit guides.

On Kathleen’s live weekly internet radio show Your Life and Purpose Revealed http://www.blogtalkradio.com/living-well-talk-radio callers have shared warning dreams of financial ruin prompting them to pull money from the stock market before it crashed. Other callers speak of meeting their future husband in dreams or dreams that warned of pit-falls in their current relationship.

Dreamers bringing the guidance of dreams into waking-life have reported these 6 benefits:

Inner guidance is an innate gift. Popular musician Paul McCartney sings about how during times of trouble his deceased mother Mary comes to him, sharing words of wisdom. 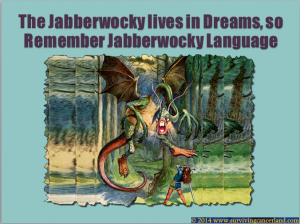 arrol’s book, Alice Through The Looking Glass is a dreamscape. Alice tries to find her way out of the woods but can’t see the forest for the trees. The vocabulary of the Jabberwocky is Dream-speak; a confusing language that doesn’t make sense… until you learn it.

Information that has emerged through patient’s dreams will transform and transcend both religious and scientific claims.  We’ re going “Back to the Future” where, like the ancient Egyptians and Greeks, dreams will be used as a diagnostic tool for health and healing, and as a respected means of unconscious guidance for a more awakened life.

Bio: Kathleen O’Keefe-Kanavos believes dreams can diagnose your life. Did you have a déjà vu or did your dream come true? Kat survived three cancers diagnosed by her dreams. Author, inspirational speaker, columnist, hotline counselor & mentor; Kathleen O’Keefe-Kanavos hosts the weekly web-radio show Your Life & Purpose Revealed, has been featured on radio, in magazines and newspapers, appeared on Every Way Women TV, and the Waking Universe TV documentary. SURVIVING CANCERLAND: Intuitive Aspects of Healing is an International Bestseller and the first in her three book series on waking up to dreams that diagnose life.  www.SurvivingCancerLand.com

August 13, 2014 Robin Williams' Death- a Final Attempt at Life? 5 Life-Lines for YOU
Recent Comments
0 | Leave a Comment
Browse Our Archives
get the latest from
Above and Beyond the 5 Senses
Sign up for our newsletter
POPULAR AT PATHEOS New Visions
1

Five Elements Nature Meditation: Wood for...
Living Tao with Ilchi Lee
Related posts from Above and Beyond the 5 Senses

New Visions
Purpose: Right Here and Right Now!
Above and Beyond the 5 Senses

New Visions
Dreaming Life After Life: The Long Road Home...
Above and Beyond the 5 Senses
TRENDING AT PATHEOS New Visions