“The difficult days we experience can become the driving force of change. Rather than lamenting adversity, we can choose to be grateful for it. We can embrace and accept it as a gift from the Divine. Within these gifts are the lessons that can promote our development and maturation. By being grateful for adversity, we can see it as an opportunity to transform turmoil, disappointment, or suffering into understanding, insight, or resolve.” ~Dr. Terry Gordon

Do you anxiously wait for an emotional storm to pass or do you use the time it affords you for personal growth? Life is full of storms for a reason. They make the grass grow greener. Waiting for one to pass is a time to reflect, sit alone with yourself, and assess your life, decisions, and emotions. Storms give you a pause from busy schedules to re-connect with what is important to you. And, surviving one can give us the confidence to face other emotional or physical disturbances with the knowledge that nothing lasts forever, not even storms. Dr. Terry A. Gordon is a Cleveland Clinic-trained cardiologist who practiced within mainstream medicine for over two decades. Named the American Heart Association’s National Physician of the Year in 2002, Dr. Gordon is nationally recognized in matters of the heart. After the tragic cardiac death of Josh Miller, a 15 year old football player, Terry helped to raise funds to place automated external defibrillators (AEDs) in every junior and high school in his community. As a physician who on a daily basis dealt with life and death, Terry understands that life is precious and can change in an instant. It did for him and his family when his son, Tyler was left quadriplegic from an automobile accident. Terry looked within for answers to their future.

Crisis can result in positive outcomes such as:

As a motivational speaker, he has shared the stage with Dr. Wayne Dyer. As a musician, he is the co-host of Docs Who Rock, a United Way event. He is currently spearheading a national campaign called The Josh Miller HEARTS Act, which will place Automated External Defibrillators (AEDs) in every school in the country, protecting from sudden cardiac arrest our most precious resource, our children. Terry knows how difficult it is to lose a beloved child and his work focuses on keeping yours safe. During this heart healing radio interview, posted at the bottom of the article, Terry (as he prefers to be called) details the day his life changed, forever. No matter how difficult the situation you are in may feel, no storm lasts forever, so just ride it out and know that the challenge, like dark rain clouds, will pass. Terry knows this because he has experienced some pretty significant heartache in his personal life. He is often referred to as a “Wounded Healer” and goes into detail during the interview on how he got this nickname. No parent should ever outlive their child. And, no child should die needlessly. Despite the heartbreak he experienced, Terry remained an incredibly upbeat person during the interview. And, when I researched him on social media I was astounded by his sense of humor and joy. His Thanksgiving picture posted on LinkedIn was of himself squatting in a large pan on the kitchen stove. I got it. He was the turkey. Too funny! So, I asked him to share his secret on how he is able to cope with tragedy and still maintain a positive outlook on life. His simplistic and honest answer on reconnecting with joy may surprise and enlighten you. “No storm lasts forever,” is his answer. “It is important to transform your suffering into insight. “

KOK: “One of the great supporters of your work is the late but still great Dr. Wayne Dyer. How did you meet and how was a help to you?”

Terry: “I had tried to contact Dr. Wayne Dyer though his contact information on the internet but, for whatever reason, I did not get a response. A few months later, I went on vacation to Hawaii with my wife. As I was walking down the beach deep in thought, I looked up and recognized Dr. Dyer. I ran up to him and asked, ‘Aren’t you Dr. Wayne Dyer?’ ‘Yes, I am he answered.’ And, that was the beginning of a wonderful friendship. ” In the interview Terry shares in detail his fateful meeting that altered his life. Dr. Wayne Dyer and Dr. Terry Gordon made plans to present at a conference together on a Hay House cruise. Oh, what fun! What could possibly come between these plans and success? Life. Dr. Terry Gordon’s first book published by Hay House, No Storm Lasts Forever — Transforming Suffering Into Insight is based on personal tragedy. What makes Terry’s story so unique is how it uses the tragedy as a vehicle to self-realization. Terry does not just talk the talk, he walks the walk, and then shows you how. Despite the fact that Terry is a very busy man, he still focuses on helping others who are still waiting out their storm. He has just completed work on his appearance in the recently released self-help film by producer Robin Jay, The Secrets of the Keys, winner of Best Independent Film for 2015 in Las Vegas. The film is written and produced by Elizabeth Robin and also stars Dr. Michael Bernard Beckwith, founder and spiritual director of the Agape International Spiritual Center in Los Angeles, Jack Cranfield, original author of the Chicken Soup for the Soul Series, and don Miguel Rutz, a Mexican author whose work is part of the New Age movement and focuses on ancient teachings as a means to achieve spiritual enlightenment, The Secret’s John Assaraf, and singer, songwriter, actress Gloria Loring.  Storms may be a reason to pause in life but not one to stop living. Life goes on with or without you. So, keep living and paying it forward. Terry is a strong believer in turning lemons into lemonade and then sharing the healthy drink with others. He believes we need “challenges” in life to manifest spiritually and awaken to our life purpose. As a special gift for people still in the midst of their storm he offers a free Daily Affirmation on his website and during the interview shares how to find and download it.

What if your doctor called to tell you you’re going to die?

Click to Watch The Secrets of the Keys (Trailer Video 2016)

Guest BIO: Dr. Terry A. Gordon, a Cleveland Clinic-trained cardiologist, practiced within mainstream medicine for over two decades. Named the American Heart Association’s National Physician of the Year in 2002, Dr. Gordon is nationally recognized in matters of the heart. As a motivational speaker, he has shared the stage with Dr. Wayne Dyer. As a musician, he is the co-host of Docs Who Rock, a United Way event. He is currently spearheading a national campaign called The Josh Miller HEARTS Act, which will place Automated External Defibrillators (AEDs) in every school in the country, protecting from sudden cardiac arrest our most precious resource, our children. He is the internationally best-selling author of No Storm Lasts Forever: Transforming Suffering Into Insight (Hay House). Connect with Terry and learn more @ www.drterrygordon.com

(All pictures, quotes and videos were used with permission from the guest or are owned by the author.)

*Don’t miss part 2 of this awesome spiritual series as Kaathleen O’Keefe-Kanavso interviews film producer Robin Jay LIVE on her radio show April 27th on the making of Secret of the Keys.

January 25, 2016 Duct Tape Won't Fix What?.... A Child! The Toll of Illness. (AUDIO)
Recent Comments
0 | Leave a Comment
Browse Our Archives
Related posts from Above and Beyond the 5 Senses 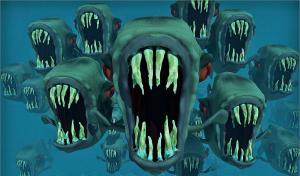 New Visions
Nightmares: Your God-Gift-in-Disguise from Above
Above and Beyond the 5 Senses

New Visions
Dreams, Drawings, Dr. Oz and Your Health
Above and Beyond the 5 Senses
TRENDING AT PATHEOS New Visions