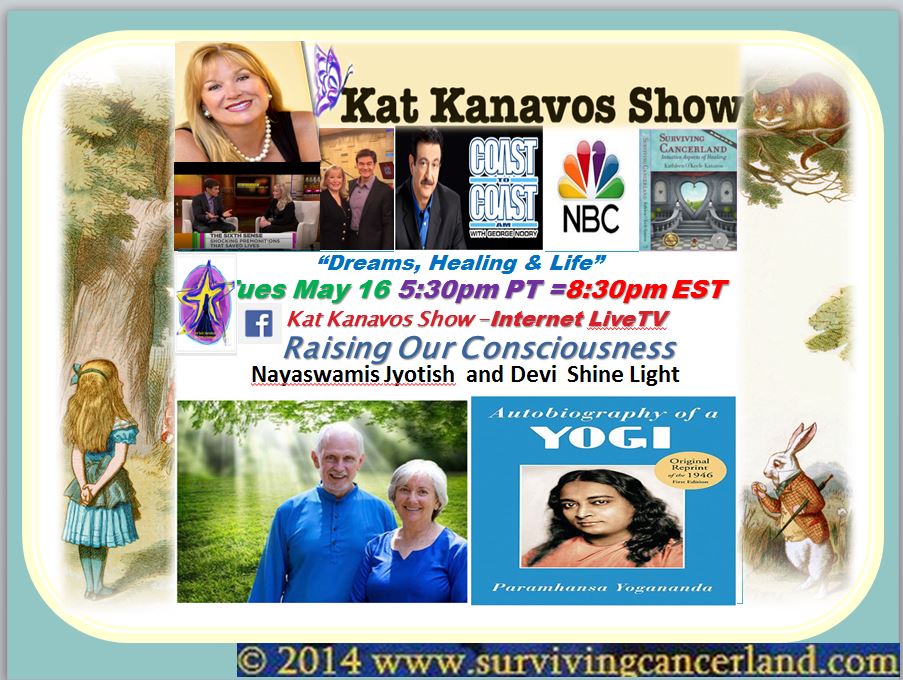 “The word yoga means union and the union is supposedly between the mind, the body, and the spirit…” ~George Harrison –Interview, Henley-On-Thames, Oxfordshire, 1982

What does it mean to create “World Brotherhood Colonies?” What is a Spiritual Bloodline? And what does the late Beatle George Harrison have to do with this?

Just before Paramahansa Yogananda’s disciple Swami Kriyananda died in 2013, Nayaswamis Jytish (pronounced Joe-tish) was designated by Kriyananda to be Dhamacharya, or The Successor. In this rare and privileged video interview, The Successor speaks to us of a Spiritual Bloodline, Choosing the  Light, love for mankind, yoga, meditation, and celebration.

Getting an interview with these immensely busy people who are dedicated to the betterment of mankind was extremely difficult because in preparation for the Choose the Light 2017 West Coast Tour they were often sequestered in an ashram in Ananda Village.

An ashram is a spiritual hermitage or a monastery in Indian religions.

Dhamacharya is Sanskrit for a successor in an unbroken Lineage of teachers and disciples. It is the continuation of an unbroken Spiritual Bloodline.

“Before his death, Swami Kriyananda asked that together with my wife Devi (pronounced “Day-vee) I serve as spiritual directors for Ananda’s worldwide work.”

Jyotish and Devi serve as the Spiritual Directors of Ananda, a global spiritual movement of people living the change they want to see in the world. They are emissaries of Paramhansa Yogananda, the spiritual master who sparked a revolution of yoga and meditation in the West with his book Autobiography of a Yogi, celebrating its 70th year in publication. Jyotish and Devi are carrying forward Yogananda’s mission to raise consciousness around the world.

So want is Ananda?

In response to Yogananda’s direction to create Worldwide Brotherhood Colonies, one of his foremost disciples, Swami Kriyananda founded Ananda in 1968 in the Sierra Foothills. This area contains portions of eight California counties: Amador, Calaveras, El Dorado, Mariposa, Nevada, Placer, Tuolumne, and Yuba. Not only does this area produce incredible sights, but it also produces awesome wine.

Ananda Village was the first Brotherhood community and continues as the spiritual heart of Ananda Worldwide. There are additional communities in Seattle WA, Portland and Laurelwood, OR, Sacramento, Palo Alto, and Nevada City, CA, and in Assisi, Italy and in India.

Ananda will celebrate its 50th anniversary in 2019.

The Ananda Village is an amazing community built on love and cooperation.

“At these villages, you will find over 200 people living the yoga life, plus two beautiful retreat centers, the Ananda School of Yoga and Meditation, and many pilgrimage sites for deep meditation and renewal. In April 2018 over 15,000 tulips will bloom at the Crystal Hermitage where Swami Kriyananda used to live. It is sacred space. Many people will come to enjoy Springtime in Ananda. Our Ananda communities in Palo Alto, Los Angeles, Seattle, and Portland are hosting the Choose the Light speaking tour.”

You don’t have to EAT PRAY LOVE in India and Indonesia to become enlightened. You can do it all right here in your backyard.

I asked my esteemed guests what can be done to help people around the world and in our country, the United States, who are feeling great uncertainty and anxiety during these troubled times. Jyotish explained how “the present chaos is a precious spiritual opportunity.” Yoga is an answer.

Yogananda taught the practice of Kriya Yoga as a powerful tool to still the reactive process and talks about yoga in Autobiography of a Yogi as a science.  A quiet Yoga mind allows you to choose to respond rather than to instinctively react. 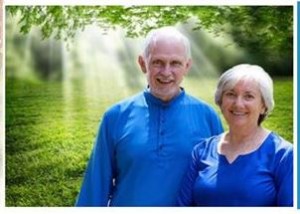 “We’re teaching people to step back from conflict and confusion, meditate first, and then choose an action that generates peace and harmony in the world.”

Devi explains,“Many people think of Yoga as doing a physical stretching, but KriyaYoga is a meditation practice. The audience may recognize some of the people who practiced Kriya Yoga as; Mahatma Gandi who was initiated by Yogananda himself. He lived a life completely devoted to change from within, radiating peace and     harmony, as Yogananda taught.”

Beatle George Harrison was a disciple of Yogananda and practiced Kriya.

So, I pulled out a picture of the old album cover, held it up to the camera,  and we had a great time finding all the hidden gurus, goddesses, and people, which included Sri Mahavatar Babji, a doll of the Hindu Goddess Lakshmi, Sri Yukteswar Giri, American actress and sex-symbol May West, and Dr. Carl Jung, to name just a few.

It was like having a great game of “I spy the Yogi!”

I asked Devi how our audience can start on a path of Kriya Yoga and she invited us to join in with her as she shared a quick and effective meditation focusing on the breath, that anyone can do anytime they feel stressed. You can even use it in traffic.

“We are also inviting people to pledge their meditation hours so that together, we will radiate one million hours of peace and harmony into the world this year. Just go to www.MeditationPledge.com  We are just getting started but currently have over 500 pledges from around the world, with about 30 people pledging every day.” 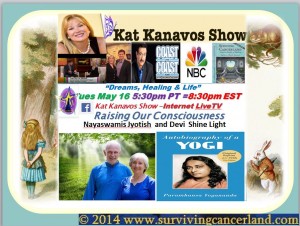 “Together we’ll radiate a million hours of peace and harmony into the world.”

In Portland, Oregon on July 21, 2017, Dhamacharya Nayaswamis Jyotish and Devi will be at the historic Multnomah Hotel, where Yogananda once spoke. These new gentle leaders will talk about “A World United.” What a wonderful way to be the change you want to see and Choose the Light you want to be.

May 24, 2017
3 Keys to Discover Your Inner-Voice and Become More Intuitive- AUDIO
Next Post

June 11, 2017 Women: Are You A Design by the Divine?
Recent Comments
0 | Leave a Comment
Browse Our Archives
get the latest from
Above and Beyond the 5 Senses
Sign up for our newsletter
POPULAR AT PATHEOS New Visions
1