Regarding My Wife and Peyton Manning

Pause. There was a pause. My wife may deny it, but it was there. Oh, it was there. Our six year-old daughter had just asked my wife a very important question. To provide a little background, my daughter is a fledgling football fan. Mind you, she is also a baseball fan, tennis fan, golf fan, soccer fan, NCAA basketball fan, and Olympic sports fan. She has even begun to get that rabid inquisitiveness and that nervous pace when one of these competitions is on TV. Where did she learn it all? From her mother, of course.

Cari, my wife, is certifiably crazy about sports. Once she was told by her college roommate’s boyfriend that Cari was the only girl he ever met who he would find watching football all by herself. Cari, after all, was raised with five brothers in an age before remote control television sets. As such, she was tortured into standing by the TV and changing channels during commercials for hours on end. Invariably, their programs of choice were sports. Interestingly, thanks to this edifying experience as well as her own high school athletic career, she fell in love with sports. But Cari’s interest and aptitude for sports knowledge is not simply intriguing. At times, it is downright eerie. For example, for years Cari and I have watched professional football together. Now, mind you, I played football for five years and consider myself relatively sophisticated in understanding the rules and nuances of the game. Now here is what will happen when I am watching a game with Cari. Without hyperbole, a rare circumstance will occur requiring facility with the most arcane rule of the game and Cari will spew forth a nuanced judgement or pronouncement that will literally be followed, in thirty seconds, by the commentators or the referees. She just looks at me and smiles. It is my firm conviction that I could retire early, if only she would pursue the role of radio sports talk show host or football color commentator.

But let us now return to the pause. My daughter had asked Cari perhaps one of the toughest questions imaginable outside of where will we go to church, how will we school/educate our children and how will we manage our finances? The question?,

That’s when the pause came, followed by the scramble. It went something like this,

Betrayed. Like a knife in the chest. And it was all in the pause. Oh, I’d had suspicions before – like when we pondered the name of our second child. Not knowing the gender of our upcoming baby, we came up with our list. What headed our boy’s name list? Peyton. Not Payton. Peyton. Or perhaps it was her exuberant glee at Peyton Manning’s Super Bowl victory, watched from the hospital bed two day’s after my first daughter’s birth (it was almost like two life events were packed into one weekend). Or maybe her recent conviction that we are going to fly to Denver to see the AFC Championship if Manning’s Broncos are playing in it. Grumble.

But I have to admit. My wife is an extraordinary saleswoman. I have always been a tolerant sports fan. I would enjoy a game in the background, but simultaneously have another task underway during the competition. However, since being with Cari, I watch and cheer more. I never enjoyed golf, NCAA basketball or tennis. Now I do. And Peyton Manning? Well, my wife exposed me to some of the his more human sides…and, darn it all, I kind of like him. He’s got an intense work ethic, a strong self-discipline, great leadership skills, a great sense of humor (if you haven’t seen his Saturday Night Live United Way commercial, watch it here), uncanny athletic ability, and an endearing humility. ESPN’s tremendously moving “The Book of Manning” (viewable here) featuring legendary quarterback Archie Manning with his brood of Peyton, Eli and Cooper further moved me about the character of Peyton and his family. As a result, when Peyton Manning was named Sports Illustrated’s 2013 “Sportsman of the Year”, it seemed clear that it was something I couldn’t miss.

It seems evident that I need not remind people of the incredible athletic achievements of NFL Quarterback Peyton Manning. As a thirteen-time Pro Bowl selection (and one time MVP), seven-time AFC Offensive Player of the Year, four-time NFL MVP, Super Bowl winner and Super Bowl MVP, Manning has space issues at home for all of his trophies. Nor do I need to highlight the impact Peyton has had on Tennessee Volunteer fans (his alma mater), Indianapolis Colts fans (not to mention the city of Indianapolis), and now the post-season prospects of the AFC number one-seeded Denver Broncos. Babies are named Peyton. Children clutch his rookie card. Women (*ahem*) swoon over him. Most of these facts are well-represented in Lee Jenkins’ compelling Sports Illustrated article.

To say the least, in reading “The Sportsman of the Year” article, I never conceived of the degree of perfection Manning expected of himself. As Jenkins relays, Peyton could be found taking thirty pages of notes at his freshman football orientation at Tennessee, endlessly watching tape before and after countless NFL games, perfecting the hurry-up offense, re-enacting entire games with personally recruited players after-hours, sweating the details of solitary “mistakes” from past games, and obsessively researching opposing defensive coordinators and their entire histories against him.

I never completely comprehended the limitations his cervical spine injury and the legacy of four surgeries imposed on him. Prior to surgery, the neurologic damage to his throwing arm led him to be unable to throw an eight yard pass. After the surgery, his pain was better, but his nerve damage persisted. His coaches and trainers were scared for him. According to Jenkins, his former offensive coordinator at Tennessee said,

“He was so out of whack, I had to ask him to quit throwing. He was on his way to hurting himself…He had to rebuild his mechanics from the ground up. He had to relearn everything.”

Manning and everyone around him couldn’t help but think that perhaps he would never recover. And to add insult to injury, in the midst of this physical and emotional crisis, the Indianapolis Colts cut him. The Super Bowl winner and living legend was released from the team he never wanted to leave. Peyton would graciously thank his owners, his team and his fans, he would move to Denver, and he would come back. Incredibly.

While this story of athletic prowess, determination and resilience is enough qualify Peyton Manning as the “Sportsman of the Year”, it is not what is most striking to me. What I think is most important in Jenkins’ essay and most relevant to my purpose for writing this piece for Patheos is the true quality found in the person of Peyton Manning. Needless to say, married to Cari, I have heard tidbits of Manning trivia. His grace in defeat, his uncomplaining nature in the face of personal injury, and his devotion to family. But Jenkins’ article shed a whole new light on Peyton Manning.

“That’s the secret of football with Peyton Manning. How much he demands of himself seeps into everybody else.”

Peyton Manning reaches out to people – personally. As Jenkins writes,

“Throughout his career Manning has written coaches and players who retire, as well as widows of coaches and players who pass away. He writes subjects of documentaries he’s seen and victims of tragedies he’s heard about. He writes his children every six months, even though they are years away from deciphering his cursive. Ashley buys his stationery, cream-colored cards with Peyton W. Manning in block letters at the top…It’s hard to find any coach, teammate or staffer who hasn’t received a note from Manning. ‘I got one when my dad passed,’ says Stokley, “and another when Peyton stayed at my house.’ ‘I got one when I retired,’ says former Colts video director Marty Heckscher. ‘It almost brought me to tears.’ ‘I got one when the Colts let me go,’ says Torine, the former strength coach. ‘It meant more than any paycheck.'”

In his letters, he consoles a fan undergoing neck surgery, a young boy with cancer, a high school football player with a broken leg. He calls – yes, calls – letter writers when driving home from practice. Jenkins records Peyton saying,

“‘I cold-call them,’ he says. ‘I block my number, and they don’t answer, so then you have to call back at night. They think it’s a prank call, but after that, you just take a moment and listen. I’ve always done that…'”

According to Jenkins, Peyton Manning doesn’t simply remember the names of his Indianapolis equipment managers – the guys who wash team jersies and catch his balls; he eats with them, drinks a beer with them, travels with them, and even spent the tearful, intimate final car ride from the Colts practice facility with them. He is a giant who created an economy that richly supports them. But moreover, he is their friend who, even after moving to Denver, still calls to speak with them specifically on the phone every few weeks.

This is Peyton Manning. An extraordinary athlete, no doubt. A focused and determined leader, without question. But most importantly, Peyton Manning is a decent guy. In a day and age of egotists and cheaters and complainers and free-loaders, Peyton Manning is a really decent guy. Indeed. Did he give my wife pause when my daughter asked that vital question? Perhaps. Perhaps not. But I know, that if we ever had the opportunity to meet Peyton Manning, my wife would probably swoon. Yes, I think she would. But, you know what? Who could blame her? 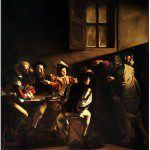 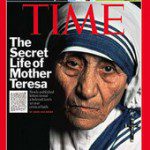 January 3, 2014 The Tiresome Fad of Giant-Killing
Recent Comments
0 | Leave a Comment
"Nice article. But true as it may have been then, it is today a little ..."
DWSWesVirginny The Conversion of Evelyn Waugh & ..."
"Thank you. I find this article a good one to keep in mind tha argument ..."
Lady Bird What Pope Benedict XVI & G.K. ..."
"Gotta wonder how much of his idealization of children would have survived if he had ..."
The Sanity Inspectorن​ All of Chesterton’s Children
"I have been reading "The Four Men" every year at this time, late October. This ..."
P. O'Brien Not Missing the Sacramental Journey: Hilaire ..."
Browse Our Archives
Related posts from A Catholic Thinker