Memento Mori: Hope In a Year Heavy With Death 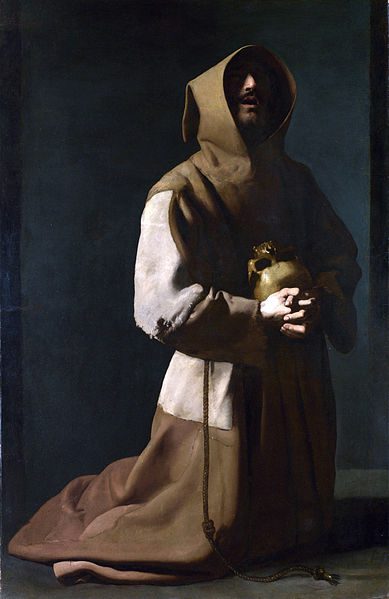 “If you wish to live well, spend the remaining days of life with death before your eyes.”
– St. Alphonsus di Liguori

If you’ve been paying attention, 2016 has been ruthless in its voracious claim on lives.

First, to those who have lost a spouse or child, mother or father, brother or sister, dear friend or close relative, no list of the famous dead will generate grief that even begins to compare. And, frankly, some of the chest-beating, hand-wringing lamentations from distant fans over the famous departed can often seem a hollow, self-indulgent affectation to someone rendered prostrate by the loss of a child, a spouse or a best friend.

Second, Death has rained down upon civilians in Aleppo, crushed people in a Berlin Christmas market, and executed an ambassador on live television in a Turkish art museum. Whether plane crashes or police-protestor street violence, abortions or suicides, cancers or infections, Death has smugly cut life short again and again and again.

And, finally, our iPhones, televisions and radios have alerted us repeatedly to yet another famous life finished. Whether timely or untimely, news of these deaths jolted us, if only for a second. Upon hearing the news, we were brought back to a favorite childhood song, a hilarious television show, a date movie, a compelling interview, an inspiring life or a favorite book. It made us pause when we heard about the passing of Prince or Carrie Fisher or Debbie Reynolds. It made us stand momentarily still for Antonin Scalia or Elie Wiesel or John Glenn. It made us look off in the distance for a mere second remembering Gene Wilder or Alan Rickman or Arnold Palmer.

And what came to mind – what we couldn’t escape – whether baldly articulated or vaguely felt was,

Remember that you have to die.

We all forget it. Or we try to.

But the fact is: We are all going to die. And we need to remember that.

But why? Why must we, in this short life, spend any more time than necessary reminded that we too will die? Isn’t that morbid?

On the contrary. It is essential.

By encountering death (and thus being reminded that we have to die), our mind is concentrated. What matters in life? I mean, what truly matters? If our time is limited to live rightly and love deeply, what are we waiting for? What wrong should we right? What relationship should we mend? What sin should we confess? What calling should we answer with fervor and zeal without an ounce of self-consciousness? Time and again, when a person is asked how they would live differently if they knew they had a month, a week or a day left to live, their answer shows an exquisite, penetrating concentration of priorities. And then, as soon as the question has passed, they go on living unreformed – as if life, in fact, will never end.

Remembering that we have to die is not a novel concept. For centuries, great artistic masterpieces have shown saints wrestling with the ever-present reality (and certainty) of Death. Still life artwork has repeatedly portrayed a jarring skull intermingled with books, glasses and sumptuous bowls of fruit. Even Hamlet’s iconic pose holding and heavily contemplating the skull of a beloved childhood jester is a classic human moment remembering the ephemeral nature of time and life. The ultimate truth literally stared back at Hamlet with black eyeless sockets and crooked teeth. Hamlet…you too will have to die.

It’s enough to make you depressed.

But, you see, as we remember the jarring truth that we are going to die, there is an even more enduring Truth. A hopeful one.

Death is not the end.

At the Last Supper, as the disciples began to catch glimpses of the horrible fate Christ would soon endure, Jesus reassured,

Imagine. Jesus Christ, God Incarnate, with full knowledge of that brutal fate that awaited him was born for the express purpose of dying. His clear vision and full understanding made Death a dark companion at every turn of his life. And yet, Christ was superior to it. Though he had his dark night in the Garden of Gethsemane (and perhaps others unbeknownst to us), he never wavered from his salvific mission to die for our redemption. Jesus Christ remembered that he was going to die. He embodied memento mori. And yet, here he was reassuring the disciples.

“Do not let your hearts be troubled. You have faith in God; have faith also in me.”

St. Paul would believe it when he later exclaimed,

St. Thomas More, imprisoned with death daily before his eyes, was comforted,

“Earth has no sorrow that heaven cannot heal.”

And Pope Francis would remind us,

“The right to weep must not be denied. Even Jesus was deeply moved and profoundly troubled by the bereavement of a family he loved. We can, instead, draw from the simple and powerful witness of many families who have known how to grasp, in the difficult passage of death, also the safe passage offered by the Lord, crucified and risen, with his irrevocable promise of the resurrection of the dead. The work of God’s love is stronger than the work of death. We must seek to be ‘accomplices’ to that love, with our faith. … Death was defeated by Jesus on the cross. Jesus will restore all of us to our families.”

Death has walked with us quite regularly this year. Yes, to be sure, the tragic wars, calamities and plagues of previous years have exceeded the claims of 2016. But regardless this year still seemed heavy with death. What, in those mournful moments, those pauses of deep reflection, are we to do? As we are stilled by the inescapable memento mori, the grim reminder that we too will have to die, what gives us hope?

Though we die…we will live again.

And be at peace.

December 19, 2016
Advent: The Greatest Resistance Story of All Time
Next Post

February 2, 2017 Textualism vs. The Living Constitution: Justice Scalia, Judge Gorsuch and the Vital Question for Supreme Court Justices
Recent Comments
0 | Leave a Comment
"Nice article. But true as it may have been then, it is today a little ..."
DWSWesVirginny The Conversion of Evelyn Waugh & ..."
"Thank you. I find this article a good one to keep in mind tha argument ..."
Lady Bird What Pope Benedict XVI & G.K. ..."
"Gotta wonder how much of his idealization of children would have survived if he had ..."
The Sanity Inspectorن​ All of Chesterton’s Children
"I have been reading "The Four Men" every year at this time, late October. This ..."
P. O'Brien Not Missing the Sacramental Journey: Hilaire ..."
Browse Our Archives
Related posts from A Catholic Thinker 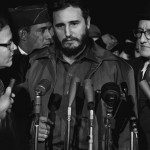 Catholic
A Reminder to Apologists For a Ruthless Man...
A Catholic Thinker
TRENDING AT PATHEOS Catholic