The other day I was in Mass when I heard it.

The priest happened to be proclaiming the Gospel of Mark when the words struck me like a thunderbolt,

Now, before I elaborate on what amazed Christ, simply consider this: Christ was amazed.

The God of the Universe, the Creator of Everything, the Alpha & Omega was amazed.

The God who did this, 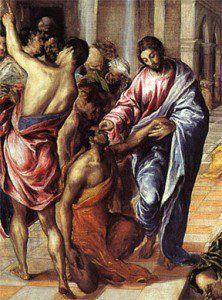 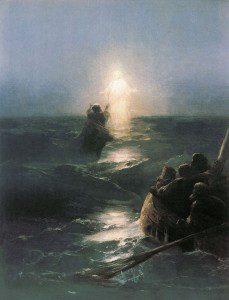 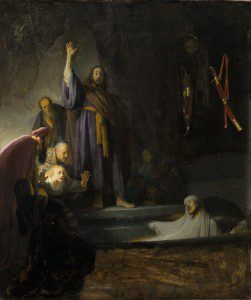 The Raising of Lazarus by Rembrandt van Rijn

The God who did all of this…was amazed.

And what was he amazed by? A centurion.

A soldier of an alien empire that had subjugated and humiliated his people. And his hometown friends. But it wasn’t what I would have expected. The soldier, a centurion, approached him in the city of Capernaum. This powerful man with other soldiers under his control knew Jesus and approached Jesus. And appealed to him.

“Lord, my servant is lying at home paralyzed, suffering dreadfully.” He said to him, “I will come and cure him.” The centurion said in reply, “Lord, I am not worthy to have you enter under my roof; only say the word and my servant will be healed. For I too am a person subject to authority, with soldiers subject to me. And I say to one, ‘Go,’ and he goes; and to another, ‘Come here,’ and he comes; and to my slave, ‘Do this,’ and he does it.”

And he was amazed by his hometown. 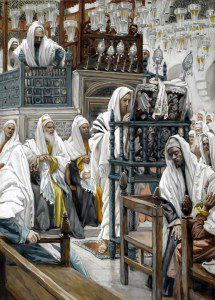 He departed from there and came to his native place, accompanied by his disciples.When the sabbath came he began to teach in the synagogue, and many who heard him were astonished. They said, “Where did this man get all this? What kind of wisdom has been given him? What mighty deeds are wrought by his hands!Is he not the carpenter, the son of Mary, and the brother of James and Joses and Judas and Simon? And are not his sisters here with us?” And they took offense at him. Jesus said to them, “A prophet is not without honor except in his native place and among his own kin and in his own house.” So he was not able to perform any mighty deed there, apart from curing a few sick people by laying his hands on them.

God is amazed by faith. The immense faith of the Roman soldier. And the broken faith of his neighbors. He is amazed. Because God set man and woman loose to believe or not to believe. He offered us the choice – the freedom – not to be compelled in our faith. The Lord of the Universe relinquished control on the matter of supreme importance – belief – and he lovingly gave it to us.  And generations would pass, laws would be articulated, prophecies would be uttered, and Truth would become fully manifest in the incarnation of Christ. God – Truth – is amazed by faith.

And Truth himself wonders.

How will we amaze him? 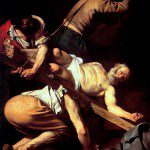 July 7, 2015
The Glorious Failures of the Catholic Church
Next Post

July 19, 2015 The Most Disturbing Meeting Imaginable
Recent Comments
0 | Leave a Comment
"Thank you. I find this article a good one to keep in mind tha argument ..."
Lady Bird What Pope Benedict XVI & G.K. ..."
"Gotta wonder how much of his idealization of children would have survived if he had ..."
The Sanity Inspectorن​ All of Chesterton’s Children
"I have been reading "The Four Men" every year at this time, late October. This ..."
P. O'Brien Not Missing the Sacramental Journey: Hilaire ..."
"Regular updates to the countdown to the Day of the Lord by the sign of ..."
Edward Palamar “Something Absolutely Modern” – The Insincere ..."
Browse Our Archives
get the latest from
Catholic
Sign up for our newsletter
POPULAR AT PATHEOS Catholic
1