Hope & “The Pope of Surprises” 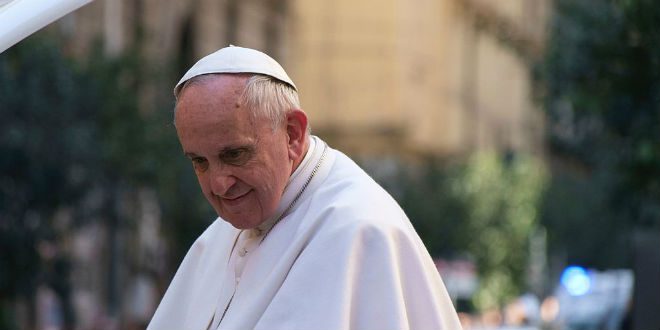 Are you watching this? Are you paying attention to this Pope?

The Pope’s visit to the United States thus far has been a sensation. Coverage of his scheduled events has been gleefully wall-to-wall. Pope Francis has been greeted on the tarmac by the President and his family, has offered a heartfelt message to his brother Bishops, celebrated the canonization of Junipero Serra, gave an unprecedented speech to a joint session of Congress and presided over Vespers at New York’s St. Patrick’s Cathedral.

As has become common for Pope Francis, he has minimized security details (as best he can) to better greet fervent followers from an uncovered PopeMobile. He has continued to plunge himself into adoring crowds with surplus hugs, kisses and handshakes. And a smile and a sign of the cross is ever-present for this seemingly ageless Pope.

Now let me say this: For a Pope who surprises, a Pope who cold-calls common folk, generously engages in thoughtful debate with harsh critics and who declines the comforts (or trappings) that have been considered commonplace for the Vicar of Christ, I thought I could no longer be surprised.

After receiving a warm and unprecedented (in preparation) welcome from President Obama at the White House reception and after offering brief remarks that touched on economics, religious liberty and climate change, Pope Francis made a point of stopping at the Little Sisters of the Poor convent to offer his prayerful support. The Little Sisters are engaged in an unwanted legal battle with President Obama’s administration over their right to refuse the purchase of oral contraceptives and abortifacients (within their insurance plan) because it violates their deeply held religious beliefs and conscience.

At midday prayer with fellow Bishops, the Pope warmly reiterated their original vocation to be shepherds who “smell of sheep”. He reminded them of the essence of their call,

“It is not about preaching complicated doctrines, but joyfully proclaiming Christ who died and rose for our sake.”

“I know full well that you face many challenges, that the field in which you sow is unyielding and that there is always the temptation to give in to fear, to lick one’s wounds, to think back on bygone times and to devise harsh responses to fierce opposition…and yet we are promoters of the culture of encounter.”

When he addressed the joint session of Congress, he smiled dearly and with his mellifluous voice eloquently and passionately spoke on matters deeply rooted in the dignity of man and creation. The sanctity of human life, the advocacy for the weak, the pursuit of peace, the passion for justice, the practice of mercy, the cultivation of the interior life and the stewardship of creation all had their turn in the Pontiff’s speech. And as pundits and commentators turned themselves inside out trying to divine the political persuasion of this Pope (he could reasonably answer, “Catholic”), he had already moved on. Smiling. Where was he off to? Not to a lavish feast with Washington power brokers and opinion makers. No…this offer he declined. Instead, Francis was headed to a local Catholic Church to speak with parishioners and needy clients of Catholic Charities. Afterward, he dined with the homeless, infirm and disenfranchised. He smiled the whole time.

Curiously, the dominating themes of Pope Francis’ visit, according to the media, seem to be mixed. The talking heads gush over his limitless warmth and then wring their hands or pump their fists over his “questionable” or “admirable” politics. It seems the Pope of Surprises has managed to unsettle many in politics and the media. While President Obama and Senator Bernie Sanders laud Pope Francis on climate change, Congressman Paul Gosar and the usually unflappable columnist George Will express disdain over it. And yet Republicans celebrate Francis’ stances on issues of life, while Democrats conveniently ignore it. Prior to his arrival in the United States, the Pope was asked about perceptions that overall he is a political liberal, he responded,

“Maybe I have given an impression of being a little bit to the left…But if they want me to recite the creed, I can!”

Which if you really – I mean really – consider this statement, you know exactly what he means. And it is brilliant.

This week has been a week full of surprises. I am meeting anew a Pope who shirks his security detail to be with his people. A Pope who shies away from lavish trappings and sycophantic puffery to, instead, find an sincere opportunity to serve. A Pope who is loved by people of different political persuasions, yet simultaneously makes them all uncomfortable on one issue or another. A Pope who goes to extraordinary lengths for the underdog. A Pope of warmth. Of mercy. Of hope.

And when I consider the Pope I have met once again this week, it is this last virtue – hope – that keeps emerging. Hope literally emanates from this smiling Pontiff, this Pope of Surprises. For increasingly he seems to me a Pope of the Lost Sheep, a Pope of the Prodigal Son, a Pope of the Lost Coin. He is the Pope of the Peripheries. Second chances are here. Grace is coming. Be not afraid. Be not afraid. Now when I think of Pope Francis, I think of the brilliant musing of French poet Charles Peguy from his immortal, The Portal of the Mystery of Hope, in which God considers the value of hope.

“The faith that I love best, says God, is hope.
Faith doesn’t surprise me.
Its not surprising
I am so resplendent in my creation…
That in order really not to see me these poor people would have to be blind.
Charity says God, that doesn’t surprise me.
Its not surprising.
These poor creatures are so miserable that unless they had a heart of stone, how could they not have love for one another.
How could they not love their brothers.
How could they not take the bread from their own mouth, their daily bread, in order to give it to the unhappy children who pass by.
And my son had such love for them…
But hope, says God, that is something that surprises me.
Even me.
That is surprising.
That these poor children see how things are going and believe that tomorrow things will go better.

That they see how things are going today and believe that they will go better tomorrow morning.
That is surprising and it’s by far the greatest marvel of our grace.
And I’m surprised by it myself.
And my grace must indeed be an incredible force.”

Are you watching this? Are you paying attention to this Pope?

Because what I’m seeing is Hope.

The perfect virtue for “The Pope of Surprises”. 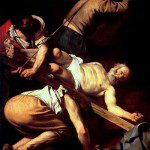 September 24, 2015
What Pope Francis' Visit Means to Me
Next Post 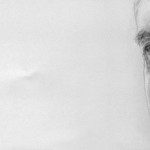 September 26, 2015 Joy Is On Tour - How Pope Francis Stunned Me & America
Recent Comments
0 | Leave a Comment
"Thank you. I find this article a good one to keep in mind tha argument ..."
Lady Bird What Pope Benedict XVI & G.K. ..."
"Gotta wonder how much of his idealization of children would have survived if he had ..."
The Sanity Inspectorن​ All of Chesterton’s Children
"I have been reading "The Four Men" every year at this time, late October. This ..."
P. O'Brien Not Missing the Sacramental Journey: Hilaire ..."
"Regular updates to the countdown to the Day of the Lord by the sign of ..."
Edward Palamar “Something Absolutely Modern” – The Insincere ..."
Browse Our Archives
get the latest from
Catholic
Sign up for our newsletter
POPULAR AT PATHEOS Catholic
1

Ta-da! Janetheactuary.com is here!
Jane the Actuary
Related posts from A Catholic Thinker 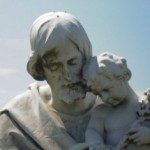 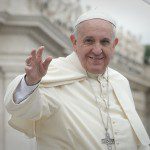 Catholic
What Pope Francis' Visit Means to Me
A Catholic Thinker