How Evelyn Waugh Taught Me To Cope With Modern Times

How Evelyn Waugh Taught Me To Cope With Modern Times May 4, 2016 Tod Worner 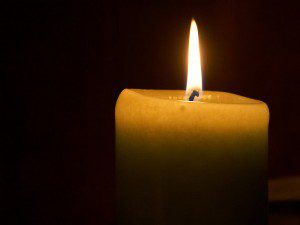 These are the jarring words whispered by Charles Ryder in the opening lines of Evelyn Waugh’s masterpiece, Brideshead Revisited. Perched on an English hilltop, the thirty-nine year old weathered army officer charged with setting up camp surveyed the landscape he had known over twenty years ago. And, in the sharpest relief, he knew. At the estate of Brideshead among the dysfunctional, but Christ-haunted Flyte family, Ryder – the skeptic, the agnostic – had encountered Truth. And this made everything – this slovenly army, this brutish World War, this uncomprehending (and, at times, indifferent) generation – fade in importance. For he had encountered Truth.

“I had been here before.”

“Just the place to bury a crock of gold. I should like to bury something precious in every place where I’ve been happy and then, when I was old and ugly and miserable, I could come back and dig it up and remember.”

During those early days as a young man, something had crystallized for Charles Ryder – something had become immanent. An epiphany in the midst of darkness. A hopefulness piercing disillusionment. Something that never decayed, for it was too pure to decay, but which had been carelessly buried by time and its successive strata of care and worry and regret and simple selfish waywardness. That very something had been lost, but was impossible to forget.

“Again and again in riper years we experience, under a new stimulus, what we thought had been finally left behind…again and again a new truth is revealed to us in whose light all our previous knowledge must be rearranged…Perhaps in the mansions of Limbo the heroes enjoy some such compensation for their loss of the Beatific Vision; perhaps the Beatific Vision itself has some remote kinship with this lowly experience; I, at any rate, believed myself very near heaven, during those languid days at Brideshead.”

What was that Something? What was that Precious Thing buried that we, in our age, our misery and our ugliness are tirelessly digging for in order to recover lost joy? Ryder touches upon it when he recognized,

“There is no candor in a story of early manhood which leaves out of account the home-sickness for nursery morality.”

Charles Ryder, atop that hill, was abruptly awash in clarity. He was immersed in the memories of Truth, Goodness & Beauty. He relived moments of unexpected dignity and unmerited grace. He sensed a Right and a Wrong which, for him, began at Brideshead and coursed more and more visibly through a world that scoffed at such notions. And it made his current world both sad…and hopeful.

This is how Evelyn Waugh taught me to cope with modern times.

Perhaps, in a world that has forgotten its way, it is time for each one of us to find our way to the hilltops and the valleys, the tree stumps and moveable rocks, the churchyards and backyards of our minds and dig for precious things…to recover Truth and lost joy.

Perhaps it is time to remember, “I have been here before.”

Brideshead Revisited ends with Charles Ryder making his way among the disrepair of this once great estate. To the common eye of his colleague soldiers, Brideshead is more a place of ruin than life. As one soldier asked what the use of such an estate is for such a small family, Ryder responds, “Perhaps that is one of the pleasures of building, like having a son, wondering how he’ll grow up.”

And then, the once-agnostic Charles Ryder visited the estate’s small chapel. He recalled, “[It] showed no ill-effects of its long neglect; the art-nouveau paint was as fresh and bright as ever; the art-nouveau lamp burned once more before the altar. I said a prayer, an ancient, newly learned form of words, and left, turning towards the camp.”

As Ryder walks away, his thoughts remain on the chapel.

“Something quite remote from anything the builders intended has come out of their work, and out of the fierce little human tragedy in which I played; something none of us thought about at the time: a small red flame — a beaten-copper lamp of deplorable design, relit before the beaten-copper doors of a tabernacle; the flame which the old knights saw from their tombs, which they saw put out; that flame burns again for other soldiers, far from home, farther, in heart, than Acre or Jerusalem. It could not have been lit but for the builders and the tragedians, and there I found it this morning, burning anew among the old stones.”

Charles Ryder is struck. And he is changed

It is dark out, to be sure.

But there is light.

Let us dig for precious things. Let us light the flame so that it burns anew among old stones. 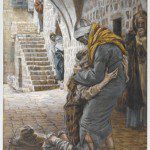 May 10, 2016 What's Wrong With the World?... I Am.
Recent Comments
0 | Leave a Comment
"Thank you. I find this article a good one to keep in mind tha argument ..."
Lady Bird What Pope Benedict XVI & G.K. ..."
"Gotta wonder how much of his idealization of children would have survived if he had ..."
The Sanity Inspectorن​ All of Chesterton’s Children
"I have been reading "The Four Men" every year at this time, late October. This ..."
P. O'Brien Not Missing the Sacramental Journey: Hilaire ..."
"Regular updates to the countdown to the Day of the Lord by the sign of ..."
Edward Palamar “Something Absolutely Modern” – The Insincere ..."
Browse Our Archives
get the latest from
Catholic
Sign up for our newsletter
POPULAR AT PATHEOS Catholic
1

If Any Drug Tested on HEK-293...
Through Catholic Lenses
Related posts from A Catholic Thinker 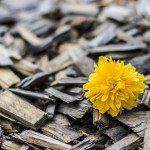