What This John Cusack Movie Taught Me About Fate and Freewill

What This John Cusack Movie Taught Me About Fate and Freewill August 2, 2016 Tod Worner 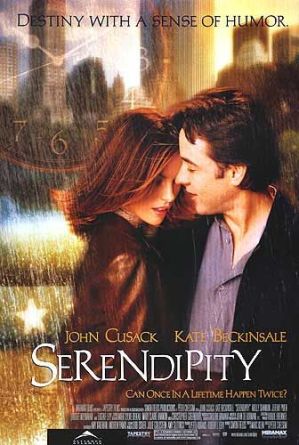 It was Christmas in New York when it happened. The gently brooding Jonathan Trager and the playfully superstitious Sara Thomas simultaneously reached for the last pair of cashmere gloves in the middle of the bustling department store. Their eyes met. The world slowed down. And a movie was born.

Serendipity, starring John Cusack and Kate Beckinsale, is a charming 2001 romantic comedy which puckishly explores the notion that Fate will deliver us to where we ought to be, that Destiny Knows Best. To prove this, the wide-eyed Sara insists to the more earthbound Jonathan that they should fight their desires and refrain from exchanging names and numbers, and instead scrawl them in a book (Love in the Time of Cholera) and a five dollar bill, respectively. Then, they should release them among the masses only to trust Fate to bring them back into their hands. Subsequently, as they separate from one another, Sara dreamily and Jonathan desperate, the romantic chase begins.

But the chase is not simply sweet and innocent. As years pass, it is tinged with Sara and Jonathan’s struggles with their own unfulfilling relationships, angst over missed opportunities and uncertainty as to whether all is meaningless chance or foreordained destiny. Jonathan, no devotee to Fate, frantically follows one clue after another in a desperate, keystone cop-like attempt to find Sara before he says yes to his fiancé forever. Simultaneously, Sara continues to wait for heaven-sent answers that seem stubborn and unforthcoming.

And when all seems lost for Jonathan (his wedding called off and Sara seemingly slipped through his fingers), Dean Kansky, his best friend and writer (played by the irrepressible Jeremy Piven) sums up a central premise of the film when he penned Jonathan’s mock obituary…to cheer him up.

Jonathan Trager, prominent television producer for ESPN, died last night from complications of losing his soul mate and his fiancee. He was 35 years old. Soft-spoken and obsessive, Trager never looked the part of a hopeless romantic. But, in the final days of his life, he revealed an unknown side of his psyche. This hidden quasi-Jungian persona surfaced during the Agatha Christie-like pursuit of his long-reputed soul mate, a woman whom he only spent a few precious hours with. Sadly, the protracted search ended late Saturday night in complete and utter failure. Yet even in certain defeat, the courageous Trager secretly clung to the belief that life is not merely a series of meaningless accidents or coincidences. Uh-uh. But rather, its a tapestry of events that culminate in an exquisite, sublime plan. Asked about the loss of his dear friend, Dean Kansky, the Pulitzer Prize-winning author and executive editor of the New York Times, described Jonathan as a changed man in the last days of his life. “Things were clearer for him,” Kansky noted. Ultimately Jonathan concluded that if we are to live life in harmony with the universe, we must all possess a powerful faith in what the ancients used to call “fatum”, what we currently refer to as destiny.

I love this movie. Yes, yes, there are things that make you cringe. Why is this guy chasing around a purported soulmate, while he is hours away from getting married? Why is this girl fixated on fate delivering her a lost love while she is languishing in a dead-end relationship? Come on, people. Break it off!

But the greater question in Serendipity is about Fate.

As I watched this film for the umpteenth time, something dawned on me. While we are tickled by the “fortunate coincidences” and “near-misses” that are thrown at the star-crossed lovers, the romance in this movie wouldn’t exist if it weren’t for the choices Sara and Jonathan made in return. They are not pawns without will in a cold game played by Destiny. Instead, it is their passionate hunt, their earnest zeal, their tireless pursuit that gives them life and character and dignity. God’s hand is everywhere around us, I truly believe this. But the remainder of the drama rests on how we react to Him. Freewill frustrates the theories of fate and destiny, but it fully enlivens our relationship with a Providential Creator. In a wondrous, grace-filled world, we are called live wisely and love passionately.

“Ultimately Jonathan concluded that if we are to live life in harmony with the universe, we must all possess a powerful faith in what the ancients used to call “fatum”, what we currently refer to as destiny.”

But I think St. Augustine offered this as a winsome, yet perfect rebuttal (and the key to how the movie Serendipity really does work),

“If anyone calls the influence or the power of God by the name of Fate, let him keep his opinion, but mend his speech.”

And Dean Kansky best summarized the difference between the slave to the unseen hand of destiny and the liberated soul in a grace-filled world when he said,

“You know the Greeks didn’t write obituaries. They only asked one question after a man died: ‘Did he have passion?'”

Wholesome, admirable passion is a creature of dignity and a result of freewill. It is meaningless in a predestined world.

Serendipity is a charming, winsome movie.

And pay no heed to Destiny.

Instead, honor the God who fills our world with mystery and wonder…and gives us the freedom to embrace it. 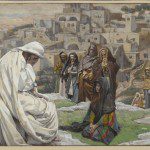 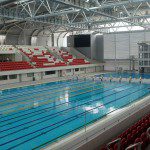 August 11, 2016 Michael Phelps' Greatest Conquest
Recent Comments
0 | Leave a Comment
Browse Our Archives
get the latest from
Catholic
Sign up for our newsletter
POPULAR AT PATHEOS Catholic
1

Why I Don’t Celebrate The Reformation (And Neither...
When I attended an Evangelical summer youth camp when I was 17,...

Loud Live the Dogma: Amy Coney Barrett and...
Progressives are understandably in mourning due to the confirmation yesterday of Amy...
view all Catholic blogs
What Are Your Thoughts?leave a comment
Copyright 2008-2020, Patheos. All rights reserved.