The Horrible Grace of King Lear 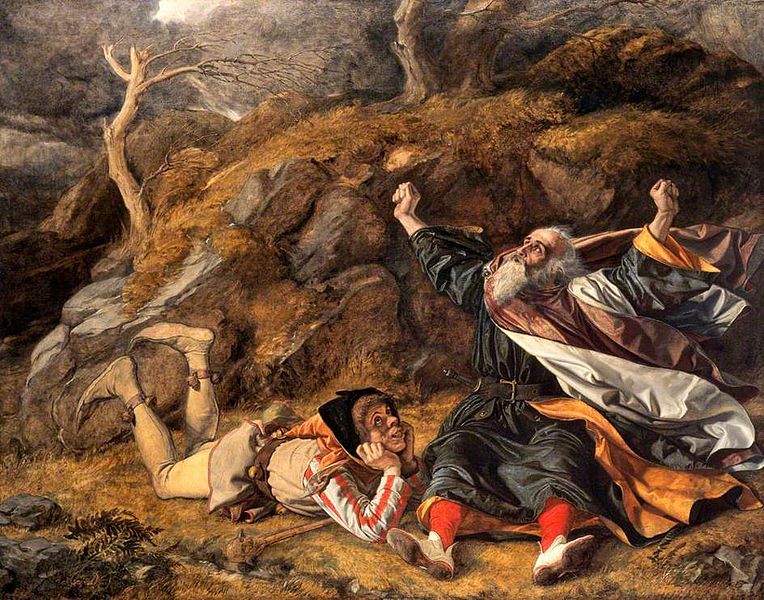 King Lear & the Fool in the Storm by William Dyce

Her seven year-old voice quivered a bit as she leaned forward in her seat. My eyes caught hers in the rearview mirror. Anxiously, she followed the windshield wipers back and forth, back and forth.

Sitting back, my daughter’s brow unfurrowed. Her countenance lightened as she peered out at the billowing clouds and grayness of the day.

And then my thoughts began to wander. In my mind’s eye, I returned to the old man – a King – in the rain soaked fields of England. Buffeted by unforgiving winds and the sting of the storm’s angry rain, he was stumbling confused and erratic in the company of a disguised friend and a court jester. And he cursed the elements besieging him.

Blow, winds, and crack your cheeks! rage! blow!
You cataracts and hurricanoes, spout
Till you have drench’d our steeples, drown’d the cocks!
You sulphurous and thought-executing fires,
Vaunt-couriers to oak-cleaving thunderbolts,
Singe my white head! And thou, all-shaking thunder,
Strike flat the thick rotundity o’ the world!

This man in the storm was Britain’s King Lear. And William Shakespeare told his story.

An aged, but seasoned King seeks to relinquish his crown (“to crawl unburdened toward death”) and divide his kingdom between his three devoted daughters, Goneril, Reagan and Cordelia. In the midst of a ceremony of no little pomp and circumstance, the King asks each daughter for a public profession of love and fealty prior to receiving their respective third of the kingdom. Disingenuously, Goneril and Reagan seek to ingratiate themselves with their father and outdo one another’s affections, while Cordelia acknowledges a love due her father, but not to a false excess nor at the expense of her future husband. As a consequence, King Lear rages against Cordelia and banishes her, while heaping upon Goneril and Reagan further undue rewards otherwise belonging to Cordelia.

From this inauspicious family squabble begins the descent. Once the King has handed over his power to his two duplicitous daughters, his emasculation would begin. While Lear imagines he will remain the revered King and magnanimous father in the eyes of his “adoring” daughters, he soon learns that their wicked designs are to enlarge their power and shrink his. They callously whittle away his dignity just as they whittle away his retinue of knights. As Goneril derides,

Idle old man
That still would manage those authorities
That he hath given away! Now by my life,
Old fools are babes again and must be used
With checks as flatteries, when they are seen abused.

Coinciding with the unfolding drama of a once great King shrinking in size and stature is the drama of Edmund, Edgar and the Earl of Gloucester. Edmund, the bastard son of the Earl, connives to win his father’s affections at the expense of the true and devoted son, Edgar. By mischief and manipulation, Edmund convinces his father that Edgar conspires to kill him for inheritance and compels Edgar to believe his father angry and intent on punishing Edgar. This requires a most deft treachery. Edgar flees, soils himself in rags and dirt and adopts an alias as Poor Tom.

As the tragedy unfolds, the fortunes of the evildoers come into closer alliance and the fates of the heroes descend into a deeper abyss. A faithful companion hanged. A father’s eyes enucleated. A devoted son half-crazed. A king shivering in a rainstorm.

And upon the story’s end, we find five dead bodies littered across the stage.

The Grace is there, but it is almost completely obscured by the horrible.

The Fool, Lear’s truth-teller and faithful friend, was set upon by the sisters’ minions and ruthlessly lynched. And yet, it was his unswerving loyalty to the King that afforded him (in spite of a life of mirth and irony) the dignity and Grace to die an honorable martyr for his Sovereign. Edgar, relegated to a grimy, hateful existence on the run, was granted hours leading his sightless father culminating in the Grace of receiving Gloucester’s unwitting approbation. Cordelia, banished for her honesty, returned to Britain leading France to battle against the evil designs of her sisters. In the very hour before her own tragic death, she would welcome a long-desired Grace in the warm, forgiving embrace of her father. Even the treacherous Edmund, in his final moments before dying from a stab wound, received a Grace in knowing that, though a bastard, he is loved and lovable and seeks to do just one true thing before perishing. And finally, King Lear, awash in inconsolable tears at the death of Cordelia, had nonetheless felt the breath of Grace in reunion with his beloved and true daughter and the company of his long-suffering friend, the Earl of Kent.

To be sure, Death is all around. Everywhere and horrible. True Shakespearean tragedy.

But Grace is still there.

More rain pelted the windshield and I was suddenly brought back.

“I don’t want it to storm,” my daughter said again. 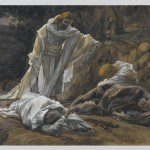 September 28, 2016
The Unheroic Heroism of the Disciples
Next Post 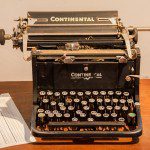 October 13, 2016 Dear Mr. Podesta: An Open Letter to the Clinton Campaign on Anti-Catholic Emails
Recent Comments
0 | Leave a Comment
Browse Our Archives
get the latest from
Catholic
Sign up for our newsletter
POPULAR AT PATHEOS Catholic
1 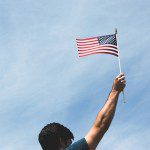