I learned first hand growing up what it feels like to be the scapegoat in a family with a dueling Narcissistic Personality types, and came to develop a very low threshold for tolerating that sort of behavior. That being said, this made it especially shocking to me when I at the ripe old age of 38, was on the receiving end of exactly that.

Eric Brahm tells us in an essay for Beyondintractability.org that “The term scapegoat […] has evolved.” Today it refers “to individuals […] who are symbolically or concretely made to bear responsibility for the faults or problems of others.” In a lot of ways, “scapegoating” (the act of making another person your scapegoat) can be a self defense mechanism. We often see it employed when a person who’s behaved badly toward another, sets out to eliminate negative feelings through elevating themselves/their status above the source of their discomfort.

An example of this might be when a liberal or otherwise forward thinking person exhibits deeply ingrained toxic masculinity, sexism, ageism, or other undesirable behaviors toward someone within a vulnerable class – and when called to account, attempts to justify their behavior. Rarely does that person attack those pointing out their toxic nature, but instead, the person whom they’ve already harmed. After all, one might justify behaving a particular way toward an individual if they can convince others that person or their actions are flawed.

Scapegoaters are likely to select someone who is vulnerable such as a victim/survivor, someone with less inherent privilege in a given setting, or a nonconformist who might easily be persecuted. This “enables the scapegoaters to discharge and distract from their negative feelings, which are replaced or overtaken by a crude but consoling sense of affirmation and self-righteous indignation.” After all, “the creation of a villain necessarily implies that of a hero, even if both are purely fictional.”

Surely people don’t fall for this…

People totally fall for this, and you might be wondering why anyone would sit by and let this sort of thing happen right in front of them, but the logic is simple. It is because in times of difficulty, anxiety, and crisis, that communities of all sizes, lash out at those who cannot (or will not) retaliate. This allows them, even from the sidelines, to subconsciously vent frustration with situations that they cannot change, in a way that does not bring them personal harm.

Brahm goes on to say that “once scapegoating is perceived to be successful in generating positive feelings in perpetrators, there is likely to be reluctance to give it up. The scapegoated provide a ready explanation for troubles. Therefore, there is relatively little incentive for the perpetrator to give it up. For the scapegoated, they are left with few good options: to flee, to assimilate, or to fight back.”

Let me guess how that went…

As someone who is devoted to the Morrigan, my response has always been to assert a boundary, fight back, and reject this dynamic. I would well and truly rather put my foot up someones ass than run away or submit to a narcissistic manipulator – but for those who would scapegoat in the first place, there’s a tactic for this as well. The Discard.

Become an immovable object, and  you will quickly be tossed aside as the problem that you so obviously are. ‘I’m done with you,’ that person might say, as though you’re not relieved to finally be outside their realm of concern. But the real loss is communities, when they lose someone who was truly devoted to fighting for them. Either way, this scapegoat will be over here living deliciously without you thank you very much.

Why talk about this?

Having grown up in a toxic religious environment, I’m not blind to the fact that certain personality types are drawn to religious leadership. Magical/pagan/occult groups are not immune – if anything, there’s even more risk. So I’m here today to say that anyone can wind up on the receiving end of a dangerous personality, and sometimes it’s real subtle to catch and easy to buy in to the narrative that there’s something wrong with you and not them – especially if more than one person is saying it, and doubly in the presence of gaslighting.

It is in the poem “Boundaries” that McKayla Robbin says: “No is a necessary magic. No draws a circle around you with chalk and says I have given enough.”

The best litmus test of a toxic personality type, according to Psychcentral.com, is to set a boundary and stick to it. Those who accept those boundaries with grace? Well, that’s a great sign. But if  they respond by bombing you with sugary sweetness and a pat on the head while still pushing against those boundaries? And should you keep to those boundaries after all, resort to accusing, pouting, getting angry, discarding?

Well, now you know what they are.

While we’re on the topic, here’s some warning signs to keep an eye out for toxic personalities and concerning cult-like behavior. We might be ye olde witch cult, but we aren’t like, a cult-cult, ya know? 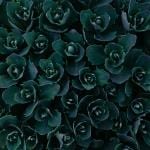 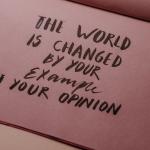 April 3, 2021 Autonomy Over Integrity
Browse Our Archives
Related posts from A Crow and The Dead