The Theban Script: (Not so) Secret Alphabet of the Witches

The Theban Script: (Not so) Secret Alphabet of the Witches June 27, 2016 Sorita d'Este

The Theban script, which is found in the texts of many of the Wiccan traditions today and is sometimes referred to as the ‘Witches Alphabet’ is used for carving, writing names and sometimes entire books of shadows with. Its inclusion in the Wiccan tradition was probably drawn from Francis Barrett’s The Magus published in 1801. Barrett in turn drew his information from Cornelius Agrippa’s Three Books of Occult Philosophy which were published in 1531 and is often considered to be the first written source in which the Theban script was recorded. This is not actually true, as the Theban script was first published in 1518 in the less well known Polygraphia, the book of magical alphabets compiled by Trithemius (published posthumously).

However Agrippa does note in his Three Books of Occult Philosophy that the Theban script is “those which Peter Apponus notes, as delivered by Honorius of Thebes.” This is clearly a reference to Peter de Abano, author of the Heptameron, and to the Sworn Book of Honorius, which declares in its introduction that it was delivered by Honorius of Thebes. Neither of these texts contains the Theban script or anything resembling it, so this seems more a case of attempting to give provenance to lend authenticity to it at the time, although it is quite possible that it might be recorded in a now lost manuscript copy of one of these works.

In an interesting parallel to its use by some Wiccans today, Francis Barrett also copied entire magical grimoires into Theban script at the turn of the nineteenth century for his personal use. According to Prof. Ronald Hutton writing in his book Triumph of the Moon, Valiente described Gardner wearing his silver ring with his OTO name engraved on it in Theban script.

The term ‘Theban Script’ presents us with another interesting hypothesis which may indicate that its use in Wicca today could be down to a possible misunderstanding.   At this point we have already established that the Wiccan tradition drew some teachings and inspiration from the Hermetic Order of the Golden Dawn, but what is less known is that the Enochian alphabet which is used in that system is also sometimes referred to as the ‘Theban alphabet’.[i] Taking this into consideration it leaves a question as to whether there might have been a misunderstanding somewhere which may have led to the adoption of Theban as ’the Witches Alphabet’ rather than the Enochian alphabet.

The above is an extract from the 2008 edition of my book WICCA: Magickal Beginnings (Avalonia), co-authored with David Rankine. 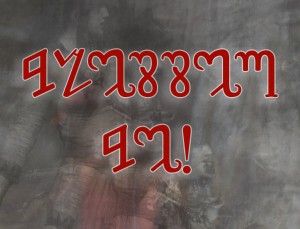 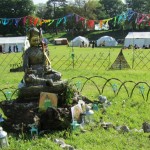 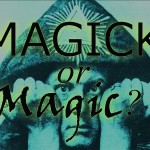 June 28, 2016 Magic or Magick?
Recent Comments
0 | Leave a Comment
Browse Our Archives
get the latest from
Adamantine Muse
Sign up for our newsletter
POPULAR AT PATHEOS Pagan
1 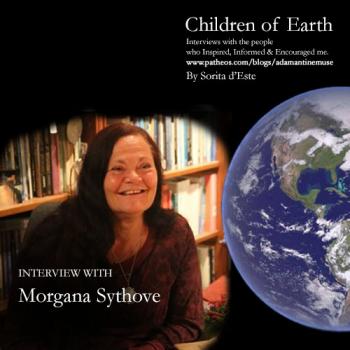