“I [Hekate] come, a virgin of varied forms, wandering through the heavens, bull-faced, three-headed, ruthless, with golden arrows; chaste Phoebe bringing light to mortals, Eileithyia; bearing the three synthemata [sacred signs] of a triple nature.  In the Aether I appear in fiery forms and in the air I sit in a silver chariot”

Hekate is a formidable goddess, who is both teacher and guide to those of us who seek to understand and go deeper into the Mysteries.  During a discussion with a dedicated Priestess of Hekate a couple of years ago, the idea of organising a small, intensive retreat dedicated entirely to Hekate came up in conversation.  An event which would bring a small group of people together who wanted to spend a few days in total immersion – living, working, studying and worshiping together.

It has been an exciting journey setting up such an event, with lots of ups and downs. For an event which will start with purification rituals, the journey filled with personal purifications and changes too. I spent a year travelling around the world with my disabled son between deciding to do the event, and nearly another year back in the UK by the time the event starts on the 11th of March.  So it was a journey filled with learning – and I know so much more about Hekate, and her Mysteries now than when I originally agreed to do this event – just as I hope that al of us participating will leave the event knowing more than we knew before.

Today as I finally start planning the schedule for the 5 day retreat, with a couple of optional days at the end (for participants wanting to spend time exploring Devon and Cornwall – Witchcraft Museum & the magical Tintagel with its links to King Arthur and Morgan le Fay, for example, by themselves) I feel incredibly excited that it is finally going to happen..  Our days are due to be filled with study circles, meditations, rituals, devotions.  It will also take us through the full spectrum of practices associated with Hekate – sorcery, witchcraft, theurgy, philosophy and lots more besides.  We will take our inspirations from a wide range of influences – including the Orphics, Hellenic Greek traditions, Anatolian and Thracian folk practices and thoroughly modern approaches too (it is 2017, not 217BC!) .  It is an event aimed at practitioners with experience, and with an established interest in Hekate – not newcomers.

A friend and I discussed this retreat with this weekend noted that he had never heard of an event organised for a singular deity in this way in contemporary Pagan and Occult circles, believing that most events out there are usually more inclusive, or aimed more specifically at beginners.  I would love to know whether anyone out there knows of something similar to this which has been organised in recent decades, as I am convinced there must be!  And if there is, please share your experiences and thoughts below!

I leave you with this beautiful quote from the Metamorphoses ( Book 11.47, Apuleius, C2nd CE):

“I am she that is the natural mother of all things, mistress and governess of all the Elements, the initial progeny of worlds, chief of powers divine, Queen of heaven! the principal of the Gods celestial, the light of the goddesses: at my will the planets of the air, the wholesome winds of the Seas, and the silences of hell be disposed; my name, my divinity is adored throughout all the world in divers manners, in variable customs and in many names”

If you are interested in finding out more about the retreat, see http://hekatecovenant.com/meeting-spaces/spinner-of-fate-retreat-devon-march-2017/ for details. 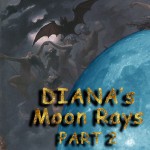 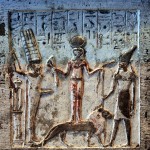 February 23, 2017 The Shekinah - She is the Serpent...
Recent Comments
0 | Leave a Comment
Browse Our Archives
get the latest from
Adamantine Muse
Sign up for our newsletter
POPULAR AT PATHEOS Pagan
1