“As the strongest light source during the hours of night, the Moon has come to be connected with the unseen, the unconscious, dreams, and psychic powers.  This has resulted in the power of the Moon being greatly emphasised in magickal work, as it is seen as encouraging the development of the psychic senses, and holding sway during the hours when people are normally sleeping, when dreams are expressing the language of the unconscious.” – Practical Planetary Magick, d’Este & Rankine, 2009

Tonight the Moon is Full, shining in Her glory, lighting up the cold night sky here in Somerset.  It is the second time She is round this month, which is also known as a Blue Moon.  It is also the third time that she is close enough to the Earth to be named a Super Moon.  As if this is not exciting enough, there is also a Lunar Eclipse tonight!  Moreover, to add some more intrigue, the Moon will turn red in some parts of the world during the eclipse!

So many terms!  And all of it – for just one Moon!

What does it all mean?

Full Moon: The Moon is at its brightest, showing most of its face.  After the Full Moon, the moon will start waning and become less bright with each passing day until it disappears and become the Dark Moon, followed by the New Moon (the first sliver of light) and then it waxes until it is full again.

Blue Moon: This term refers to the relatively rare phenomena of having two Full Moons in one calendar month.  The last of these was in July 2015, and the next will be in March this year, followed by October 2021.  They are relatively rare, hence the saying “Once in a Blue Moon…”.

Super Moon: This is a rare phenomenon when a Full Moon aligns with a point closest to the Earth in the Moon’s elliptical orbit. This causes the Moon to appear much larger than usual.  It is also referred to as the perigee-syzygy of the Earth-Moon-Sun cycle in astrology, which is a bit of a mouthful!

Eclipse: This is when the Earth’s shadow is cast onto the Moon, throwing parts of it into darkness. This happens when the Earth passes directly between the Moon and the Sun. 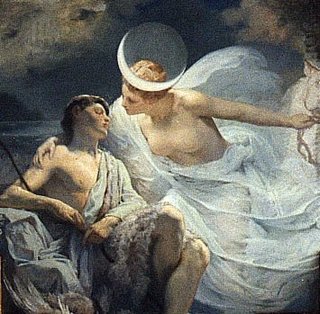 The following extract from Three Books of Occult Philosophy, Agrippa (Book 2, chapter 59) is a great starting point for a Lunar contemplation.  I have often used it with students, creating a simple sacred space first and then reading it out, followed by silent contemplation of the concepts that speak most to each person.  It is a text which continues to yield gems, even after many years of use!

“The Moon is called Phoebe, Diana, Lucina, Proserpina, Hecate,
menstruous, of a half form, giving light in the night, wandering silent,
having two horns, a preserver, a night-walker, horn-bearer, the queen of heaven,
the chiefest of the deities, the first of the heavenly gods and goddesses,
the queen of spirits, the mistress of all the elements, whom the stars answer,
seasons return, elements serve; at whose nod lightnings breathe forth, seeds bud,
plants increase, the initial parent of fruit, the sister of Phoebus, light, and shining,
carrying light from one planet to another, enlightening all powers by its light,
restraining the various passings of the stars, dispensing various lights by the circuits of the Sun,
the lady of great beauty, the mistress of rain and waters, the giver of riches,
the nurse of mankind, the governor of all states, kind, merciful,
protecting men by sea and land, mitigating all tempests of fortune,
dispensing with fate, nourishing all things growing on the earth,
wandering into divers woods, restraining the rage of goblins,
shutting the openings of the earth, dispensing the light of the heaven,
the wholesome rivers of the sea, and the deplored silence of the infernals,
by its nods; ruling the world, treading hell under her feet;
of whose majesty the birds hasting in the air are afraid,
the wild beasts straggling in the mountains,
serpents lying hid in the ground,
fishes swimming in the sea.”

This table, from my book Practical Planetary Magick, provides some basic correspondences for Moon related magic and spiritual work:

Enjoy the magic of this beautiful and mysterious Lantern of the Night! 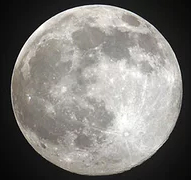 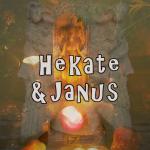 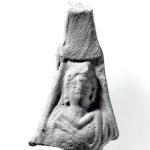