Although the goddess Hekate is most frequently described as a Maiden Goddess, unattached to a male ‘husband’ she is frequently linked to male divinities, including Hermes, Apollo and Zeus. It is impossible to read the Chaldean Oracles and not be struck by the close relationship given to Hekate and the thunder wielding “Father”, which some interpret as being Zeus, the ruler of the Gods of Olympus (although there are other candidates too).

Lesser known is her connection to the Roman god of beginnings and endings, Janus.  The survival of Proclus’ hymn to Hekate and Janus provides a little insight into what their relationship may have been like.  Zeus is also frequently mentioned in the hymn, a likely continuation of the mysterious, but indisputably unique, relationship between Hekate and Zeus which was first recorded in Hesiod’s Theogony and continued as a constant theme for more than a thousand years of known worship.

You can listen to this recording of me reading Proclus’s Hymn to Hekate and Janus.

Proclus’ work also preserved fragments of the Chaldean Oracles (Examples), which is perhaps one of the most important – and most curious texts – for devotees of the Goddess of the Crossroads trying to understand her on a deeper level.  In the Chaldean Oracles, Hekate not only shares in the Empyrean Realm, where she rules with the Father, she also rules the Three Aetherial Worlds, the realms of the Soul.

This blog is for Hekate as the Cosmic World Soul, February 2018 – a CoH devotional project- www.hekatecovenant.com.  #hekateworldsoul 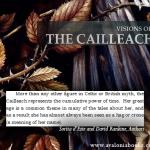 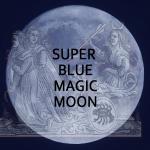 January 31, 2018 Super Blue Magic Moon!
Recent Comments
0 | Leave a Comment
"I almost did not read this as I am not Wiccan and do not want ..."
JP Vanir Wicca, the Tree of Life and ..."
"This is a good article and book. Blessed be! :)"
Viktor_Aradia The Morrigan – Faerie Queen
"I'm sure Freemasonry also has a lot to learn from Wicca (Witchcraft) too. :)"
Viktor_Aradia Payam Nabarz – Children of Earth ..."
"Thank you! His work is very interesting, so do!"
Sorita d'Este Payam Nabarz – Children of Earth ..."
Browse Our Archives
Related posts from Adamantine Muse