Perhaps no character trait embodies healthy masculinity more than that of honor.  Honor is the soul of masculinity.  It is a code that a man lives by that lifts him above mere mediocrity and survival.  It allows him to use the incredible power that God has endowed him with to lift the lives of others beyond what they could ever be without his broad shoulders to stand upon.  Honor allows a man to stand tall among lesser members of his gender.  It allows him to reject and ignore involvement in self-gratifying activities (like adultery, drugs, lying, or stealing) that sap his ability to live a life of integrity and wholeness.  It allows him an opportunity to strive for greatness in life.  It motivates him to live his life to a higher standard.

Honorable men and honorable expectations teach boys to become honorable.  Being surrounded by men of honor and immersed in an environment steeped in an honor code integrates this trait into a boy’s heart.  Teach your son what you believe to be important in the life.  Develop a core set of beliefs that as a family you believe to be foundational and unbreakable.  Develop an honor code for your family.

Teach your son he doesn’t have to be ashamed of being a male.  So much of our culture’s messages are subliminal or even overt messages that are either unhealthy for males (stereotypes of aggressive thugs or womanizers) or speak the message that males are not good—that being a male is somehow bad just by virtue of his gender (men in TV sitcoms are almost universally portrayed as bumbling buffoons).  Some factions of our culture even refer to boys as having “testosterone poisoning.”  Teach your son that God created man in His image and gave him the power to influence lives for hundreds of years just by what he does or doesn’t do with that power.   Teach him that he matters—that as a husband, a man, and a father he matters more than he will ever know.  As a father he is nearly irreplaceable in the lives of his children—they suffer mightily in his absence.   Teach him that people he doesn’t even know are looking up to him and constantly watching him to see how a man thinks, acts, solves problems, and faces life.  Teach him that a real man lives a life of honor.

Find out more about masculine honor in Rick’s book, The Power of a Man: using Your Influence as a Man of Character. 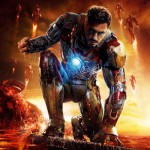 May 22, 2013 Does a lack of men lead to liberalism? (part 1)
Recent Comments
0 | Leave a Comment
Browse Our Archives
get the latest from
Family
Sign up for our newsletter
POPULAR AT PATHEOS Family
1

The Allure of Self-Sacrifice
There are few things as fascinating as the reality of self-sacrifice. Most...
view all Family blogs
What Are Your Thoughts?leave a comment
Copyright 2008-2021, Patheos. All rights reserved.