How to Be a Man of Awe

“Dad,” said my 9-year-old daughter, Addy. “Some kid in the park asked me if you’re a celebrity. Are you?”

“What did you say?” I asked, curious about how she answered the question.

“That you sign autographs, speak all over the place, and write all those boring books for grownups. So I guess that makes you a celebrity.”

I could see pride in my daughter’s face. As well as uncertainty.

“Well … maybe I’m sort of a celebrity to a small group of readers,” I said. “But I’m not like Justin Bieber or iCarly or anybody, so I wouldn’t exactly call me a celebrity.”

It’s easy for parents, particularly us dads, to want to be celebrities in the eyes of our children. We want to be the people they brag about to their friends, the red-caped superheroes in our children’s eyes, the men worthy of their awe.

A few weeks back I met an everyday dad who, by all practical definitions, should be a huge celebrity in the book world. He’s co-authored books with far-reaching implications, books that have undoubtedly impacted your life, although his influences are so subtle they often go unnoticed to the average eye.

He and I were part of a team of editorial consultants brought in to work on a book with another, much huger author. This everyday dad could have been as famous as the huger author, yet he’s worked hard to keep his name out of the limelight, and purposely led a quiet life. I asked him why.

“My three kids are still at home,” he said matter-of-factly. “They’re my first priority, and I want to invest every hour available in my children while I can.”

Good words for a dad to remember.

“An involved parent who puts his children’s needs ahead of his own will always be the true man of awe for his children.”

After the consulting session was over, I flew home and drove across town to my kids’ day camp, which was having a “family fun night” complete with games and prizes. Both my kids ran to greet me, and we hugged for a long time.

First priority was balloon animals. Zach, our 4-year-old, was eager for a yellow giraffe. And Addy, with more coolness, wanted a penguin.

We lined up with all the other kids and parents in the balloon maker’s line.

Now, I had just spent the last 10 hours standing in airport lines and being wedged into airplane seats. I had endured jaw dropping turbulence over a rain-soaked Denver that had caused the middle-aged woman ahead of me to repeatedly shriek POR EL AMOR DE DIOS!

The absolutely last thing I felt like doing was standing in one more line that evening. But there I was with my two kids, the line slowly inching forward. I tapped my foot, thinking, You know, if I were a balloon animal maker with a long line waiting, it would be: snake; sword; snake; sword.

Finally we reached him. An exquisitely-crafted giraffe and penguin became ours at last. My kids were happy. And I was happy. We could finally go home.

I bet you’ve stood in a similar long line for your kids when you didn’t want to. Maybe literally. Maybe metaphorically.

Nothing against Justin Bieber or iCarly, but neither one of those celebrities is going to do that for my kids.

That’s why an involved, time-engaged parent who puts his children’s needs ahead of his own will always be the true man of awe for his children, every time he invests every hour available, whether his kids realize the far-reaching importance of those actions or not.

You see, since the evening in the balloon maker’s line, I’ve changed my mind on how I define the word.

The next time some kid in the park asks my daughter if her dad’s a celebrity,

I’m going to tell her to say yes.

A great book for all men of awe … 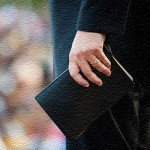 July 31, 2013 Church growth: it's all about the pastor
Recent Comments
0 | Leave a Comment
Browse Our Archives
get the latest from
Family
Sign up for our newsletter
POPULAR AT PATHEOS Family
1