Six Months of No Rules

The last 6 months I’ve been conducting a little experiment; but, instead of using rats… I used my daughter.

No, I didn’t cage her, send her through a maze and reward her with pellets. I did something a little more drastic in most conservative parenting circles: I freed her from all rules and restrictions at age 17½.

Some of our friends thought we were nuts, and at times… we wondered. But we refrained from retightening our grip.

This week my daughter turned 18, and I’m absolutely fascinated with what I’ve learned in the last year. For the last 6 months she’s had the freedom to hang out with whoever she wants, go where she wants, and stay out as late as she wants (this sounds like a Miley Cyrus song).

The results were amazing!

Our theory was basically this:

Start strict, and loosen up as our kids get older, eventually freeing them from all boundaries by age 17½.

We figured, they can do whatever they want when they’re 18 anyway, so why not get there six months early while they’re still under our shadow? I posted about this in detail here, and Doug Fields and I now teach it as a parenting workshop, based on our workbook about setting realistic guardrails for today’s kids who have a smartphone in their pocket.

Well, now my daughter is 18, so some of what was just “theory” has been truly tried and tested in my home. So I thought I’d share with you some of our observations over the last few years:

Now she’s 18… and it’s really not much different around here.

She heads to California Baptist University in one week. We’re gonna miss this kid!

IF YOU ENJOYED THIS POST,
YOU’LL LOVE JONATHAN’S BOOK,
“SHOULD I JUST SMASH MY KID’S PHONE?” 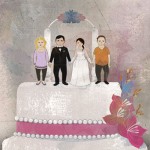 August 21, 2013
Will marriage change gays - or will gays change marriage?
Next Post

August 23, 2013 For Men Only - How to get Your Sexual Needs Met
Recent Comments
0 | Leave a Comment
"Learn to do everything right without being asked? I guess your right that would free ..."
Venomlaced Why Your Wife is Reading “Fifty ..."
"Why are Christian women always being criticized"
monique Holl What Christian women really, really want
"Jesus was a jackass."
Isaac Edward Leibowitz I’m a little concerned right now ..."
"Nope, I have read it and this is one area in my marriage that keeps ..."
Guest Why Your Wife is Reading “Fifty ..."
Browse Our Archives
Related posts from A Few Grown Men