Rant of the Day—Make Boys Tough

Exceptionalism and rugged-individualism helped make America the greatest country that has ever existed. Those traits are frowned upon or at least considered politically incorrect today. Multiculturalism tells us that no one culture is better than another. Yet one only has to look at the many civilizations (a word loosely used) around the world that have been in the “stone ages” for centuries—ones who murder their citizens, debase and brutalize women and children, and subjugate their members.

There’s nothing wrong with being proud of your country, heritage, job, or your family. And there’s nothing wrong with wanting to raise our boys to be tough. Somehow our culture has determined that it is admirable for our boys to be sensitive and ignoble for them to be tough. That would appear to me to be a somewhat feminized perspective on masculinity.

Boys need to be tough to successfully navigate through life’s challenges. They need to be strong and reliable because someday people will depend on them. A boy may depend on others but a man stands on his own two feet and makes his own way. Frankly, if bad stuff is going down I want men as police, soldiers, and so on who are tough, not sensitive, around to deal with it.

But, fourthly, it is due to the nation and age to which you belong, that you fix upon a high standard of character. This work is intended for American youth. American! did I say? This word, alone, ought to call forth all of your energies, and if there be a slumbering faculty within you, arouse it to action. Never, since the creation, were the youth of any age or country so imperiously called upon to exert themselves, as those whom I now address. Never before were there so many important issues at stake. Never were such immense results depending upon a generation of men, as upon that which is now approaching the stage of action. These rising millions are destined, according to all human probability, to form by far the greatest nation that ever constituted an entire community of freemen, since the world began. To form the character of these millions involves a greater amount of responsibility, individual and collective, than any other work to which humanity has ever been called.

Excerpted from Rick’s newest book, A Man in the Making.  Check it out at: http://www.amazon.com/Man-Making-Strategies-Help-Succeed/dp/0800720326 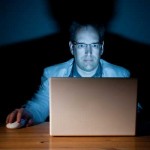 September 2, 2013 What kids heading back to school need most from dads
Recent Comments
0 | Leave a Comment
Browse Our Archives
get the latest from
Family
Sign up for our newsletter
POPULAR AT PATHEOS Family
1