Perhaps no character trait embodies healthy masculinity more than that of honor (healthy honor—other cultures and religions have forms of honor that may not agree with our version of honor in the West). Honor is the soul of masculinity. It is a code that a man lives by that lifts him above mere mediocrity and survival. It enables him to use the incredible power that God has endowed him with to lift the lives of others beyond what they could ever be without his broad shoulders to stand upon. Honor allows a man to stand tall among less honorable members of his gender. It inspires him to reject and ignore involvement in self-gratifying activities (like adultery, drugs, lying, or stealing) that sap his ability to live a life of integrity and wholeness. It allows him an opportunity to strive for greatness in life. It motivates him to live his life to a higher standard.

Nobility, then, is the flagstaff of honor. A noble vision gives a man the guidelines by which to live an honorable life. His noble behavior is a sign to the world of the honor he carries within his heart.

Perhaps one of the most profound statements about honor and nobility of all time was this one made by C. S. Lewis. While discussing the desire or propensity of modern society to remove the heart (honor, passion, and noble strength) from the young men of our culture, he predicted, “We continue to clamour for those very qualities we are rendering impossible. . . . In sort of a ghastly simplicity we remove the organ and demand the function. We make men without chests and expect of them virtue and enterprise. We laugh at honour and are shocked to find traitors in our midst. We castrate and bid the geldings be fruitful.” The very thing we crave and need most in men today is the very thing we mock and breed out of our young men.

Lewis’s prophetic work (written in the 1940s) has come to fruition as social and moral relativism has been adopted by modern thought—in religion, education, and government—opening the door to the post-modern claim that people are free to create their own reality through a sheer act of the will.

Excerpted from Rick’s newest book, A Man in the Making: Strategies to Help Your Son Succeed in Life, by Revell. 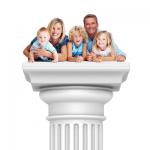 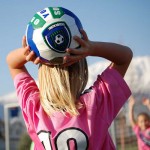 October 2, 2013 Dad's noble reason for skipping church
Recent Comments
0 | Leave a Comment
"Learn to do everything right without being asked? I guess your right that would free ..."
Venomlaced Why Your Wife is Reading “Fifty ..."
"Why are Christian women always being criticized"
monique Holl What Christian women really, really want
"Jesus was a jackass."
Isaac Edward Leibowitz I’m a little concerned right now ..."
"Nope, I have read it and this is one area in my marriage that keeps ..."
Guest Why Your Wife is Reading “Fifty ..."
Browse Our Archives
Related posts from A Few Grown Men