When Fathers Love Their Daughters

Fathers have an incredible influence (positive or negative) on nearly every aspect of their daughter’s life. A father sets a fundamental role model for his daughter regarding the qualities she looks for in a man and the standards she maintains in her relationships. He is the first man in her life and models how a man should treat a woman, how a man should act, and how a man shows healthy love and affection to a woman. He also sets the standard for how a daughter feels she deserves to be treated by men. He even determines how a girl feels about herself. If a father shows his daughter love, respect, and appreciation for who she is, she will believe that about herself as a woman, no matter what anyone else thinks. Girls deprived of this father love and affection make poor choices in an effort to fill that void.

Fathers have a huge impact on the intellectual, emotional, and physical development of their daughters as well. Toddlers with father attachments have better problem-solving skills. Girls with close father relationships achieve higher academic success. As a girl gets older, father-connectedness is the number one factor in delaying and preventing her from engaging in premarital sex and drug and alcohol abuse. Girls with involved fathers are more assertive and have higher self-esteem. And girls with involved fathers also have higher quantitative and verbal skills and higher intellectual functioning.

As a man and a father I’m pretty sure I did not recognize the power I had in my daughter’s life. Yes, I probably knew on some level that I was important. But I never knew how important my approval and love at such a visceral level was to my daughter. If I had, I would have been much more intentional in the way I spoke to her and more aware of the messages I was really speaking into her heart.

The 1st Annual Father-Daughter Conference titled: She’s My Girl, He’s My Dad: Building a Relationship to Last, is a perfect opportunity for men and their daughters ages 12 and up to reconnect and cement their relationships, heal wounds, or even reconcile their relationships.  If you are a girl or woman who yearns for a close relationship with your father, and for all dads who want to mend a broken one or be the dad she deserves, this conference is for you.

Dads & daughters will attend sessions both together and separately.  They’ll share a great lunch together and learn things about each other designed to bring them closer together and heal past wounds.

If you are an adult daughter this is a great opportunity to have the kind of relationship you’ve always wanted with your father.  Dads because of the content this program is for daughters age 12 years and older.  If you have more than one daughter it is suggested that you bring the oldest this year and younger ones in subsequent years.  Because the focus is on drawing closer together, you’ll only be able to have one daughter present with you per conference. 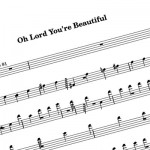 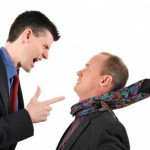 September 18, 2013 How to wreck a pastor
Recent Comments
0 | Leave a Comment
Browse Our Archives
get the latest from
Family
Sign up for our newsletter
POPULAR AT PATHEOS Family
1