Why the media ignores the war on Christians

U.S. Senator Rand Paul recently criticized the media for ignoring the “worldwide war on Christianity.” Here’s a quote from The Daily Caller:

“Today I want to tell you about a war the mainstream media is ignoring,” the Republican lawmaker said during the Values Voter Summit in Washington. “From Boston to Zanzibar, there is a worldwide war on Christianity.”

“You won’t hear much about it on the evening news because the answer is not convenient and does not fit the narrative we have been told about radical Islam,” Paul added.

Sen. Paul referenced accounts of Christians being killed by the scores in Syria, Egypt, Kenya, Indonesia, Iran, Guinea and Pakistan. Thousands of Christians have been shot, beheaded, tortured, beaten and bombed in 2013.

So why is the media ignoring this story? Maybe because the church is ignoring it, too.

Tell me – have you heard anything in church this year about the worldwide persecution of Christians?

I haven’t. I’m ashamed to say that in the churches I have attended this year there has been absolutely no mention of the rising tide of violence against Christians. Not once have I been asked to pray specifically for persecuted brothers and sisters around the world.

How can we blame the media for failing to tell this story when we refuse to tell it ourselves?

I travel a lot. I speak all over. I worship in a lot of different churches. And frankly, I can’t remember the last time I heard mention of the persecuted church. Nothing in a sermon. Nothing during prayer. Not even a line or two in the bulletin.

Jesus spoke often of persecution. He predicted it for his disciples. It’s a constant theme in the New Testament. It’s the very reason our nation was born.

I know – persecution is a downer. What can we do about it? How can we help a jailed pastor in Iran or North Korea? What can we do to stop the attacks on Christians in faraway places like Iraq, Syria, Egypt, and Libya, other than to pray?

There are practical reasons we downplay persecution today. Religiously-motivated violence advances the secularist idea that religion is a source of suffering and hostility in our world. Persecution is a global concern, in an age when churches are focusing on local ministry. Persecution is sad, which makes it harder for us to feel happy during praise and worship. And it simply doesn’t fit with our new mission to fix our members’ broken relationships.

Here’s my point: as new concerns take center stage in church, issues of persecution and the killing of Christians are fading slowly into the background.

When I was a young man, Evangelicals paid a lot of attention to persecution. I can remember frequent mentions of the underground church in both the worship service and in youth group. We were often told stories of Christians who had been imprisoned, tortured or even killed for something as simple as smuggling a Bible.

These stories fired my imagination and built my faith. They motivated my prayers. I came to understand how dangerous it is to be a Christian. I developed a deep sense of gratitude for the religious freedoms I enjoy in America. And I experienced a healthy touch of fear – could it happen here?

We cannot forget our persecuted brothers and sisters — not only because they deserve our prayers, but also because we’re missing a huge opportunity to reach more men and boys.

Christianity is not  a self-improvement program. It’s a dangerous mission to redeem the world. It’s a cause that many are giving their lives for. Keeping this truth in front of our men is vital to keeping them involved in church.

Men need to understand that church is so much more than singing, sermons, sacraments and socializing. Each time we worship, volunteer or give in the local church we’re supporting a greater cause that’s beating back darkness in every corner of the globe. We are history’s greatest army, working quietly across the centuries to set captives free, to proclaim God’s love and to change the world – one heart at a time.

Thanks to chiding from conservatives like Sen. Paul, the media is beginning to tell the story of the persecuted church. (click here, or here, or here).

So tell me – is your church telling the story too? Or are you ignoring it? Please comment below. Or join the conversation on our Facebook page. To learn what you can do to help the persecuted church, click here.

October 28, 2013
How the Band of Brothers can Point us to God
Next Post 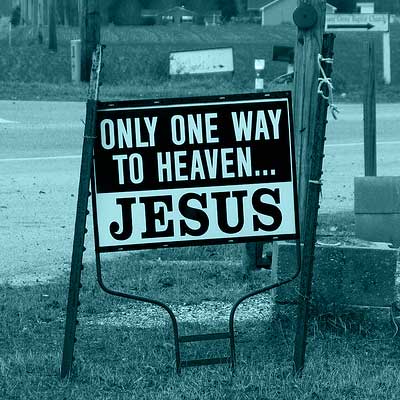