Now that people in Colorado and Washington can smoke weed recreationally, marijuana use should be skyrocketing, right? After all, our kids can now argue that it’s not very harmful.

Surprise, surprise. Marijuana use has actually dropped a couple notches.

I’m referring to University of Michigan’s Monitoring the Future study, released Tuesday, revealing that marijuana use dropped 2 percentage points. This highly respected study, now in its 40th year, surveys 40,000 to 50,000 students in 8th, 10th and 12th grade in schools nationwide about their drug and alcohol use, and “after five years of increases, marijuana use in the past year by students in all three grades declined slightly, from 26% in 2013 to 24% in 2014.”

Are these numbers accurate?

The CDC’s Youth Risk Behavior Study (YRBS) reported similar numbers this summer. The YRBS report studies any risky behaviors teenagers engage in, from sex, to drugs and alcohol. The chart on page 100 of this report reveals that 23.4 percent of 9-12 graders have used marijuana in the last 30 days (a number pretty close to U of M’s 24%).

Think about these numbers for a moment. If the high school down the street from your house has 1000 students, about 240 of them have blazed up in the last month (and 40.7% have tried it in their lifetime—YRBS, page 98)

Do these numbers surprise you?

Do these numbers comfort you… that only 240 of 1,000 kids are smoking weed each month?

It will be interesting to see the impact of drug legalization on young people in the next 5 years. Will numbers continue to drop as the “lure of the forbidden fruit” decreases? Or will the numbers slowly rise as young people see a casual attitude towards this kind of drug use?

December 18, 2014
Recent Comments
0 | Leave a Comment
"Learn to do everything right without being asked? I guess your right that would free ..."
Venomlaced Why Your Wife is Reading “Fifty ..."
"Why are Christian women always being criticized"
monique Holl What Christian women really, really want
"Jesus was a jackass."
Isaac Edward Leibowitz I’m a little concerned right now ..."
"Nope, I have read it and this is one area in my marriage that keeps ..."
Guest Why Your Wife is Reading “Fifty ..."
Browse Our Archives
Related posts from A Few Grown Men 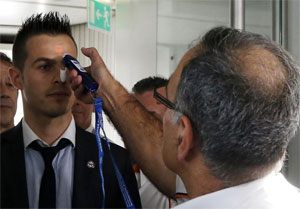