Why the Gifting Cycle Matters

A few months ago I endured a bit of an emotional roller coaster, one of laughter and frustration and relief and rage. At the end of it all, I felt astoundingly grateful for my family, friends, and community. The compassion and love and laughter we share is the greatest gift possible, and it’s one I’m privileged to receive and honored to repay.

One of those conversations hit on the gifting cycle.  Someone spouted off online that “gift for a gift” shouldn’t really be a thing because there’s too much guilt and pressure attached. Now, I grew up heathen. “Gift for a gift” is one of the main points I hit when explaining heathenry. It’s the most basic, foundational aspect of the whole damn religion. It’s how we develop relationships between human and human, human and god, and god and god. Bonds cannot be forged and communities cannot be built without giving and receiving hospitality. The concept of the gifting cycle is echoed repeatedly throughout the Havamal and sagas. It’s kind of a big deal.

What Is the Gifting Cycle?

The gifting cycle isn’t limited to the exchange of physical goods. Yes, it’s usually a tangible offering, particularly when giving to the gods, but the concept goes far beyond that. Friendship is a gift, love is a gift, reaching out to check on someone is a gift, making time to be there for and with one another is a gift. Prayers, poems, art, music, a dance: these things are all gifts we create and share with the gods and with each other. The energy and intent we devote to these things is what makes these gifts valuable.

Gifts can come in highly unexpected forms, as well. A few months ago, I received a copy of my father’s will, a year and a half after his death, and it stirred up an exhausting emotional overload. Our relationship was nonexistent: I’ve spent most of my life dealing with PTSD from the trauma and terror he inflicted throughout my childhood. Even as an adult, I was constantly afraid of him tracking me down. I had vivid nightmares all the time, but now I sleep soundly and peacefully through the night. For the first time in my life, at long last, I don’t have to worry about him hurting me. I’m free now, and it’s no coincidence that the tremendous growth and accomplishments I’ve managed in the community and for myself have happened in the last year and a half. I’m putting myself out there in the world, finally, because I don’t have to worry about him figuring out where I am. His death was a release for both of us: an end to his presumed suffering, and an end to my crippling terror and need to stay hidden.

The greatest gift I’ve ever received from the gods came in the form of an impossible meeting just a few months before he died. I’ve given a sparse account of it here, and it’s something I think about often. How can I have had a chance encounter with  the daughter of the man who literally saved our lives in 1991? He saved us in Europe, on a small base that doesn’t exist anymore, and he did so at great personal risk. Mom and I have never forgotten him or his name. Running into his daughter 27 years later, in the US, in a crowd of 200 heathens at a campground in the woods was the greatest miracle I could imagine. The timing of the gift of getting to speak with him on the phone and share a horn with his daughter was no coincidence, either: two months after this, my father was dead.

Why was this astronomically impossible encounter was such an invaluable gift? Because in speaking with the man who saved my life, my childhood memories were proved true. Of course as an anxious, overthinking adult, I wondered if things were really as bad as I remembered. Was my childhood perspective of what I witnessed and what I survived accurate or blown out of proportion? Speaking with my hero assured me that not only were my memories correct, but the situation had actually been far worse than what I’d been aware of. And the events that led to my mom and I being rescued put others at risk and haunted them all these years as well. I learned I wasn’t the only one to have suffered ongoing nightmares decades after the fact. And I learned that this man, my hero, had worried and wondered whatever became of us. He’d never forgotten us, either.

It was the greatest honor to stand before the heathen community that night, holding his daughter’s hand, shouting his praises so everyone could know his deeds. We hailed him for the hero that he is, and all those gathered marveled at what the gods had just orchestrated in this impossible meeting.

That experience gave me the strength I needed to cope with the news of his death two months later. If not for that conversation with him and his daughter, I’d have been wrecked with self-doubt and regret. Wondering if I had misremembered things, wondering if I should have come out of hiding as an adult would have destroyed me.

I hadn’t misremembered; in fact, my mom had done a brilliant job of shielding me and protecting me from the worst of it. My memories are accurate. And I learned, while talking to someone whom I hadn’t seen in almost 30 years, that the situation had actually been far more dangerous than what I knew as a child.  My trauma wasn’t overblown, it was actually underreported. And that was crucial to my own healing and therapy.

Speaking with my hero, telling him that my mom and I survived everything and are doing well all these years later, being able to thank him once again: that was the greatest gift I never knew I needed. And this was a gift that gave me the tools I needed in order to process what happened two months later.

It’s also a gift that explains why my faith in the gods is so strong. It’s a story I point to when discussing why I believe the gods really and truly exist. It’s a gift that keeps on giving, and I return the gift in my dedication to the gods and to the community.  I return the gift by making donations to women’s shelters. I return it by spreading kindness and joy and laughter instead of fear. It’s why I try so desperately to be calm and cheerful and provide safe space for people who need it.

“Gift for a gift” is the underlying thread in all of this and in everything we do. It’s the concept on which we build our relationships and make our decisions. It came as absolutely no surprise to me that it officially disinherited me, the only child. That in and of itself is a gift: the ties are completely, legally cut, and I’m free. I’m really free. I’m not indebted to him through any inheritance, there’s no gift to return by way of praise and thanks. The gift is pure and absolute freedom from him and his memory.

Giving Us What We Need, Not What We Want

The gods are real, and they’re present in our lives. They give us gifts we don’t even realize we need, and by offering gifts in return, we learn and we develop and improve. Our community is built on and around frith and hospitality, both of which are aspects of “gift for a gift.” Exclusion from family legacies is painful, but it’s a much needed blessing when it releases us from spiritual debts we never wanted in the first place. Besides, just because one family member disown you doesn’t mean the rest of the family does. It’s a privilege to have control over your own legacy. I have ancestors who love me dearly, and their memories compel me to restore the luck and frith to our line.

I’ve survived things that I shouldn’t have been able to survive. It’s only in the last few years I’m learning to enjoy this fact. I’ve come out of hiding, I’m more active in my community, with my heathens, and have flourished because of it. I’m well and truly free from the past now. This is the greatest gift I could receive, and I repay it by sharing this joy and this peace with everyone. Out of hiding, out in the open: I’m here for you now. The fear is gone. Let me help you through yours.

Hail the gods, I thank you for your gifts. May you find mine given in return just as worthy. 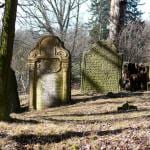 August 3, 2020 Letting Loki In
Recent Comments
8,990 Comments | Leave a Comment
Browse Our Archives
Related posts from A Fox Among Ravens

8,990 responses to “Why the Gifting Cycle Matters”