The Problem With Swag

Real talk: I cannot believe I used the term “swag” in a title.  How’s that for a “hello fellow kids” moment?

Altars are awesome, both figuratively and literally. They’re the focal point during worship in a majority of religions, and it’s fun to set up sacred space (especially in the age of Etsy!). Pagans and heathens often have multiple altars: one for a patron, one for ancestors, one for house spirits, a general one . . . you get the point. Some of us have the luxury of having enough land to build outdoor vés. Others are relegated to an Altoid tin of little mementos due to space limitations (or being in the metaphorical broom closet). I’ve seen some setups that are stunning in their simplicity and spaces that are akin to cathedrals in their splendor.

And then there’s mine: absolute and utter chaos, full of dust, fox fur, and cat hair (like everything else in my house because I’m objectively the worst about cleaning). It’s lorded over by the plush Stay Puft Marshmallow Man I’ve had since I was 4 years old. Why yes, I’m describing Loki’s altar. How could you tell?

I didn’t have actual altar space until very recently, truth be told. I used to think of my entire house as a hof of sorts, so specific altars felt redundant. My home is full of treasures I’ve collected since childhood, and since I grew up heathen overseas, a lot of those things look like they belong on an altar of some sort anyway. Idols are scattered throughout, and a lot of the art I have features crows and ravens, goats, cats, and of course, foxes. Once I oathed myself to Loki, though, he asked for his own space, which I was able to create pretty much immediately by consolidating a lot of his stuff to one spot. I’ve added to it over the last few years, and now it’s so insane that I’m pretty sure Sigyn’s idol has started rolling her eyes at the mess. I’m lucky: I’ve had over 3 decades to collect things and create things. To someone starting out on a polytheistic path, it’s not always so easy.

A common question when embarking on any new spiritual path or divine relationship is about altar setup. It’s a special place to not only worship and meditate, but to help you stay mindful of the gods as you pass by it throughout the day. It doesn’t have to be fancy, however, nor should any of it cost more than you’re comfortable spending. The gods need our attention and intent more than they need us to go into debt for a trinket.

That said, it’s hard to resist the lure of all of the gorgeous statues and altar cloths and offering bowls and STUFF we see on other altars and in shops. I admit that I enjoy browsing Etsy’s shiny things as much as the next magpie. Add to that the endless pictures online of amazing altars, and it’s no wonder there’s a weird pressure to make elaborate set ups. I’ve seen/overheard countless discussions about making an altar before starting to worship.

A lot of folx, myself included, like to buy/find little gifts to add to the hoard, silly little trinkets or pebbles that catch our eye when we’re out and about and remind us of a particular deity. It’s a great sentiment, but there’s always the risk of overburdening our wallets and/or sacred space. I’m very much guilty of this and always have been. My Loki and Sigyn altar is so overcrowded that I’ve recently created a secondary altar for them elsewhere in my house. I joke that it suits my beloved Chaos Maker, but really, it’s a bit problematic. It’s gotten increasingly difficult to keep things clean and let them “breathe” on the altar, and there’s really no set focal point on which to concentrate when I’m doing prayer or meditation.

Don’t do it for the ‘Gram

My problem with collecting religious and cultural tchotchkes is a personal one, because I just like having pretty things around. I certainly didn’t inherit any penchant for the classic Scandinavian minimalism, that’s for damn sure.  For others, especially newer converts, it feels more like a need to keep up with the Jonses. Seeing other people’s altars, especially pictures shared online, can do one of two things: spark the creative juices and inspire you to make something special for your practice, or it makes you feel inadequate because your candle and the picture you printed from DeviantArt doesn’t look as devotional as the temples and shrines you see on Instagram.

There is absolutely no shame in having a nothing but a few basic votive candles and a crystal or two. We’re not building houses for divine powers to live in, we’re giving ourselves a place to focus on our spiritual work. As someone with an absurdly large altar space, I’m telling you “big and fancy” doesn’t mean better. I actually need to downsize because it’s evolving from a place of meditation to “oh crud, is that a donut under the fox pelt? How long has that been there?!” revelation.

Sure, once I dust and organize it, it would make for a great pic for Instagram or my blogs (even if Stay Puft is bound to raise a few eyebrows. Traditional, he’s not. But a shapeshifter who takes the form of something sugary and has the line, “we get this guy laid, we won’t have any trouble!” said about him? C’mon, tell me that’s not some Big Loki Energy right there!). I definitely don’t have to worry about altar envy right now because it’s a right disaster and it’s hard to appreciate the art and personal artifacts upon it. But even in it’s “properly ready for worship” state, I don’t want to inspire any kind of envy. That’s not the point. It should inspire spiritual focus, not the desire to buy a new altar cloth and statue and drinking horn.

Buying, making, and collecting stuff is fun. But it’s far too easy to become more focused on appearances than intent, and altars should never be a competition. We all know that social media has a nasty side effect of making us feel “less than” and inadequate in some way or another. Don’t let that interfere with your spiritual growth and practice.

There’s a lot of incredible things to acquire for your altar space, but don’t let it overwhelm. You’re always going to see altars that are “better” set ups than yours, but no altar is better than the one at which you can actually focus and work. 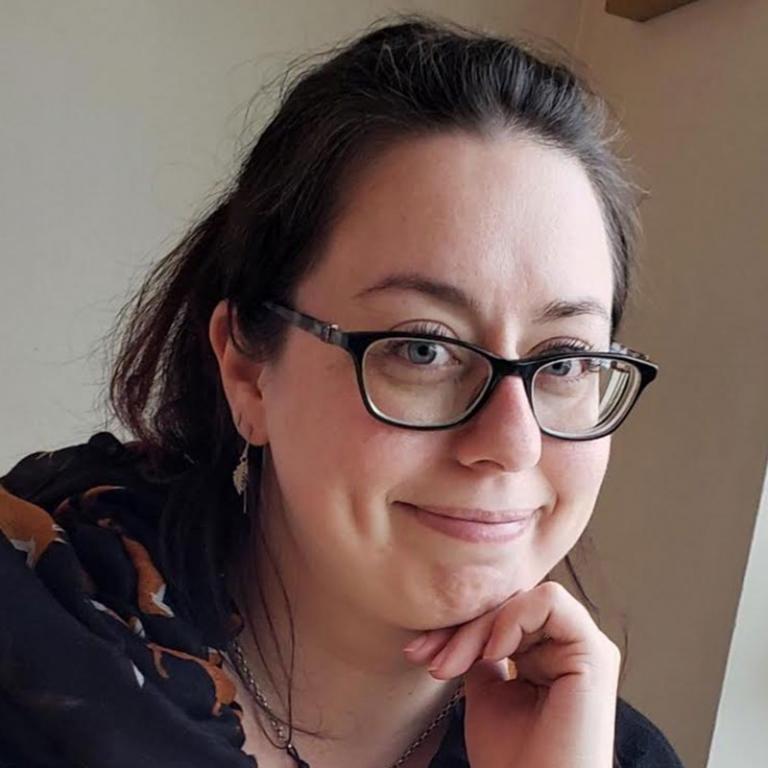 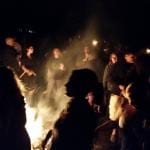 September 18, 2020 What's the Big Deal About Ancestors?
Recent Comments
5,002 Comments | Leave a Comment
Browse Our Archives
get the latest updates from
A Fox Among Ravens
and the Patheos
Pagan
Channel
POPULAR AT PATHEOS Pagan
1

Witch's 2022 Astrological Calendar for Sabbats...
Witch on Fire
Related posts from A Fox Among Ravens

Pagan
A Tomte by Any Other Name
A Fox Among Ravens

Solar Eclipse and Eclipse Magic
As an eclipse happens on a new moon then it carries new...
view all Pagan blogs
What Are Your Thoughts?leave a comment