Druid Thoughts: In Search of a Feminist Goddess

I should begin by explaining that I am not a Wiccan, but have had close contact with Wiccans and the wider pagan community for more than a decade. Wiccans and those who draw heavily on them for inspiration, still represent the majority of pagans. In my experience, many folk who identify as ‘eclectic’ or ‘on their own path’ turn out to be working with largely Wiccan derived concepts. Of these, by far the most prevalent are ideas about female divinity.

Turning away from God the Father towards a spirituality that also embraces Goddesses, should be empowering to women. But is ‘The Goddess’ as we encounter her in depictions really a feminist or even feminine representation? I’m going to argue that the goddesses currently depicted in Wiccan inspired and new age material do nothing to empower women and a great deal to hold up old and restrictive stereotypes. If we want truly feminine spirituality, we still have a lot of work to do.

Wiccans and other pagans honour a Great Goddess. She is earth mother, endlessly fertile, her divine thighs always open to the God/Priest/King. Wiccan ritual worships her with symbolic sex acts. The Goddess is an overtly sexual being, and her sexuality is very focused on being penetrated by a male. Her essence is fecundity. She is bountiful nature, always renewing and creating, infinitely generous and giving. It’s a very warm, fuzzy notion of both what the earth is, and what woman is. She is not, for example, a raped and abused figure covered in slash marks from mining, burns, chemical poisoning or the defilement of war. The Goddess is beautiful, eternal, untouched by human degradation. She’s also shown as surprisingly benevolent, given how the majority of us treat her. It could be argued that she represents an ideal, that she is the pristine, untouched world that never existed. She does not seem to have a great deal in common with actual women. I do not personally believe that beneficent tolerance of abuse should be anyone’s ideal.

Aside from The Great Goddess, we have the maid, mother and crone archetypes. The triple goddess who is three in one, linked to the changes of the moon and embodying the full range of female experience. That’s an assumption that could stand closer scrutiny.

The maid/mother/crone triad can be viewed as separating womanhood by age – child, adult, old person. Alternatively, it is all about reproduction. The not-yet a mother, the mother, the woman too old to bear children. Already the notion of womanhood has been restricted to a tight focus on fertility and birthing. What of the women who are not mothers? Or the many women who do not relate to themselves primarily in their breeding function? These are not depictions of artists, workers, warriors or leaders. There are individual, named goddesses in specific pantheons who represent these attributes – Brigid in the forge, Athena with her war, wisdom and poetry, and Diana the huntress all being examples. The maid, mother crone trio are reductions. They are part of womanhood, but they are neither fair representations nor personifications of the full complexity of femininity. Prioritizing them as figures for ritual does not seem to me like a good way of exploring the full potential of the divine female. Again, this is breeding womanhood which exists purely in relation to men. The trio give us little of the non-male mysteries.

Wiccan belief, and the many other pagan paths influenced by it, focuses on the power of polarity and opposites. A priest would be expected to invoke the goddess into the body of his priestess. If we work in this way, we set up male and female as polar opposites, and that, I think, does a great disservice to both. We focus on the male/female dynamic, but so much of actual feminine experience is not about what we get up to with our men. As mothers, daughters, grandmothers, sisters and friends we have many strands to our lives that are not male-centric. Why should the goddesses be otherwise? Why should we seek after a feminine divinity that focuses so intently on amorous, heterosexual relationship at the expense of so much else?

There are vast numbers of goddess representations in the world. The internet offers a huge array. Pagan and new age artists offer up depictions, which you can purchase on t-shirts, posters and other merchandise. There are reliable themes to this kind of art. Firstly, the goddess is always young and slim. She is soft skinned, curves a little bit in all the right places, and is probably not wearing much. Her eyes will be large, her mouth full and sensuous. Her unsupported breasts defy gravity in a truly miraculous way. In the picture, she will be doing something lovely. Animals and birds may cavort around her as though she was a Disney princess. Her body is clean and free from blemish.

Of course a goddess is perfect. Of course she is clean, flawless and beautiful. What else could she be? Compare those standard goddess images to the figures you would find in a glamour magazine. Compare them to centuries of art where male painters offered the female body as an object of desire and entertainment. Compare them finally to any real woman you have ever looked at. What is this perfected ideal of femininity that keeps cropping up in goddess artwork? It is a male fantasy and a rather narrow, insipid one at that. Unhairy, never bleeding, always sexually perfect and ready, soft, tame, biddable, girlishly nonthreatening, pliant, tiny-waisted, slim hipped and with unreal breasts.

What would a goddess look like if she truly embodied femininity? It’s an image to reach for and ponder not least because it tells us so much about how we see ourselves. What does the truly, essentially female look like? Not a fantasy doll, not a sanitised woman, but the real thing. These are the goddesses we need. The ones who teach us how to be our own selves, not someone else’s creature. How can we celebrate the goddess within ourselves if we see our own bodies as far removed from the ideal she supposedly represents? The fixation on young, slinky looking goddesses ignores so much of what it means to be female.

I’m not a visual artist. I can’t paint you the gorgeous diversity in the female form, or the beauty that aging brings to a wise face. I don’t know what to dress her in, when nudity is so close to sexualisation. Words are what I’m best at wielding.

The goddess in my mind does not look like an innocent twelve year old cuddling Bambi. She’s older. Her face bears lines. Her body has known work, love, joy and grief and all these things have marked her. She has strength in her shoulders and loins. Her feet are bare, because she is of the earth. Her hands are busy, making and unmaking. She may be kind, but she is not infinitely generous. She knows when to turn her back, when to refuse. She does not serve, but demands that we give the very best of ourselves to her.

There can be no one Goddess who is all things feminine. No one skin can encapsulate all of that, not even a divine skin. She would need to be all shapes, and all colours, all heights and all ages. As soon as we pin her down into one definite form, we reduce our ideas of what feminine means. The very notion of a single mother goddess has pushed us too far down that route already. The divine feminine should be more than a limitless milk supply, an eternal breast or an always-busy womb. She most certainly should not be sold back to us as our ideal when we are looking at little more than the desires of men.

We should not look to the deities to fulfill our fantasies, but in looking at how we, as a culture, describe them, we can tell a great deal about ourselves. As I see it, the majority of divine feminine representations we have are still a very long way from representing the divinity within women, the qualities of womanhood, the diversity of our gender or the richness of our lives. I love the full figured Neolithic Venuses, images of Kali, and anything that does not conform to the stereotypes, but they are sorely outnumbered by the saccharine girls, the love goddesses and the eternal, uncomplaining mummy.

I have a great deal of respect for all of the pagan paths. But it is worth considering that Wicca was founded by Gardner, who was definitely a bloke, and taken off at a slightly different angle by Alex Saunders, who was also a bloke, and that both of them were no doubt influenced by Crowley and other magical thinkers who were also decidedly male. Wicca is a modern faith, born in an era of sexual repression and profound sexism, as we began to emerge from centuries of patriarchy. We too are products of our time, and there is nothing to gain in blaming anyone for that. What we need instead is to move forwards. It will take women to show the world what goddesses really look like. 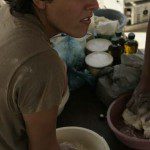 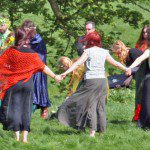 February 22, 2012 Role of a Pagan Leader
Recent Comments
0 | Leave a Comment
"Great article. Loved the ritual!"
WildestSea Salt City Pagan: Lughnasadh 2021
"“I disapprove of what you say, but I will defend to the death your right ..."
BrainSync Beyond Binary Witchcraft: In Praise of ..."
"I just absolutely love how reasonable and realistic you are. Truly appreciate you."
Kay DuBrall Irish-American Witchcraft: Confessions of a Bad ..."
"Thanks, Lorelei! Love following you on Instagram!"
Martha Kirby Capo The Corner Crone: The Parable of ..."
Browse Our Archives
get the latest from
Agora
Sign up for our newsletter
POPULAR AT PATHEOS Pagan
1

The Toxicity of Crystals and Ways...
Keeping Her Keys
Related posts from Agora