If someone were to ask me what Pagan community is like in the St. Louis area, I’d say, “Picnic.” Part festival, part family reunion, and altogether joyous, the St. Louis Pagan Picnic celebrated its 20th anniversary June 9 and 10.

Organizers said more than 4,000 people—perhaps as many as 4,500—gathered over two days in Tower Grove Park. The Picnic has become one of the largest and longest-running free outdoor festivals in the U.S. It was even studied by the founders of Pagan Pride as a model for their national organization’s celebrations.

I’ve been to 10 of our St. Louis picnics. It’s ironic that I lived within blocks of the event from the second one on and had never so much as walked through before becoming Public Relations chairman for the 2002 event, then staying on for 2003. And that I’d been asking, before that, “Where are all the Pagans?” and assumed the answer was, “In California.”

I’ve been able to tell, every year, that there are people who are thrilled, even stunned, that there is such a vibrant Pagan community in St. Louis. I had some newcomers in both workshops I gave at Picnic. I saw and talked to others as I walked down vendors’ row. I’ve met a few so happy to find like-minded souls that they have tears in their eyes.

No matter what flavor of Paganism a newcomer or an experienced seeker wants to check out, there’s likely a representative of it. It’s a very diverse event.

This year, there were rituals and workshops from Druids, Heathens, Wiccans, Shamans, witches, astrologers and ghost hunters. Belly dancers, folk singers and jazz musicians entertained in the Bardic Circle. Hippie drum circles, hula hoop goddesses, duelers with padded bats and shields, crafts for kids. And, of course, vendors. Without the sellers of shiny, tie-died, and deep-fried things, the picnic couldn’t continue as a free event.

It’s the overlapping of specific communities and their dedication to this event continuing that make Picnic possible as well. I’ve been in and around spiritual groups long enough to know that even within traditions and covens, everyone doesn’t get along beautifully all the time. What Picnic has done is give the various groups and personalities a reason to put their differences aside and come together for a common purpose.

That purpose? To have a place where it’s OK to be Pagan.

“Before picnic, the occult community was just what the name suggests: hidden. It’s great to know that you can have three or four thousand Pagans meeting openly and peacefully in the park. It”s a very important part of the process to bring Pagans into the mainstream, and show people we’re just like everyone else, that we’re friendly and peaceful people,” River Higginbotham said. He was one of the attendees at the first picnic, and part of the groups which subsequently helped organize and continue the event. With Joyce Higginbotham, he is the author of three books on Pagan spirituality.

Whether you call it the Goddess, the forces of nature, or simple mutual interest, it’s powerful, Chris Parr said. Parr is a professor of religious studies at Webster University. He first attended Pagan Picnic 10 years ago when his students started requesting classes on Paganism. He’s come back every year since, and now proudly wears a pentacle. It’s important to have a node around which like-minded people can gather, learn from one another, swap stories, and simply know there are others like them, he said.

I’ve known non-Pagans who live nearby and enjoy just coming in for the people watching, music and vendors’ booths. The neighborhood around Tower Grove Park is known as one of the city’s more progressive and diverse areas. One neighborhood woman whom I met while fund-raising for the St. Louis Symphony commented that she never missed a Pagan Picnic—the people were so friendly there, she said, and no one minded that she brought her dogs.

Not that everyone in the St. Louis area is so tolerant. Every picnic draws a few protestors. This year it was a man carrying a very large wooden cross over his shoulder, dragging it down the middle of the walkway that serves as the festival’s main street. In past years, I’ve been given Christian tracts or bottles of water by those wanting to save me from a life of Pagan depravity. Occasionally a group will try to disrupt opening or closing ritual. We have tolerated their intolerance and gone on with our celebration.

The celebration has always been the important thing. Sponsors of the picnic have passed the torch more than once. Field Star Coven and Yarrow Coven to just Yarrow. Yarrow Coven to Omnistic Fellowship and Council for Alternative Spiritual Traditions. Council for Alternative Spiritual Traditions back to Yarrow. And now, Yarrow to a group created just to manage Picnic, St. Louis Pagan Events.

The budget has grown from nothing to several thousand. The event requires more volunteers to run than the first picnic drew as a crowd. I know from my own experience doing public relations and advertising for two of them that those volunteers work many, many hours.

And I also know that the only reason it works, and has continued to work, is that hundreds of Pagans have put aside personal, doctrinal, and every other kind of conceivable difference because they want this event to happen. It makes me hopeful not only for the future of the St. Louis Pagan Picnic, but for the survival of other groups, events, and the Pagan movement itself.

So thanks to this year’s chairman, Gyndee Powers, and her crew. And thanks to all those who kept reaching out for the torch as it was passed down the line. I’m hopeful that there will be a Pagan Picnic in St. Louis as long as there are Pagans.

For more information about the St. Louis Pagan Picnic, see paganpicnic.org or the Facebook page, Pagan Picnic. Joyce and River Higginbotham can also be found on Facebook. 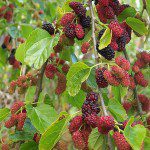 June 8, 2012
Gateway Goddess: The Transit of Venus, Gifts, and Gratitude
Next Post

June 20, 2012 Discrimination In Paganism
Recent Comments
0 | Leave a Comment
"What a very beautiful and inspiring way to describe the struggle we all have to ..."
Freyja Babalon’s Cloister: “I’m not a Magician, ..."
"Two years later I come back and reread this article, and still think it's one ..."
Wolf Cross and Crossroads: In Defense of ..."
"I share your thoughts and hope that wise world leaders with rise up and prevail."
Willow Rose Between Two Worlds: The Dark Times
""Many were trans women who had to resort to sex work in able to pay ..."
Harold Masters Between Two Worlds: Mika
Browse Our Archives
Related posts from Agora 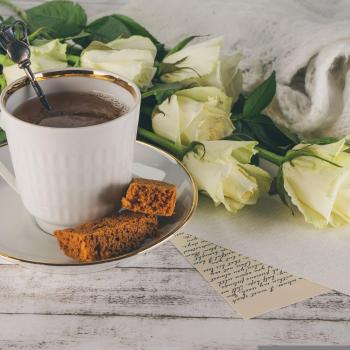