She knows how to get even.

She gathers a large bunch of poison ivy and rubs it on their skin. Revenge.

On them, and on her.

“She got it worse than they did,” her father said. He laughed a little, that “Kids, what are you gonna do” kind of laugh. 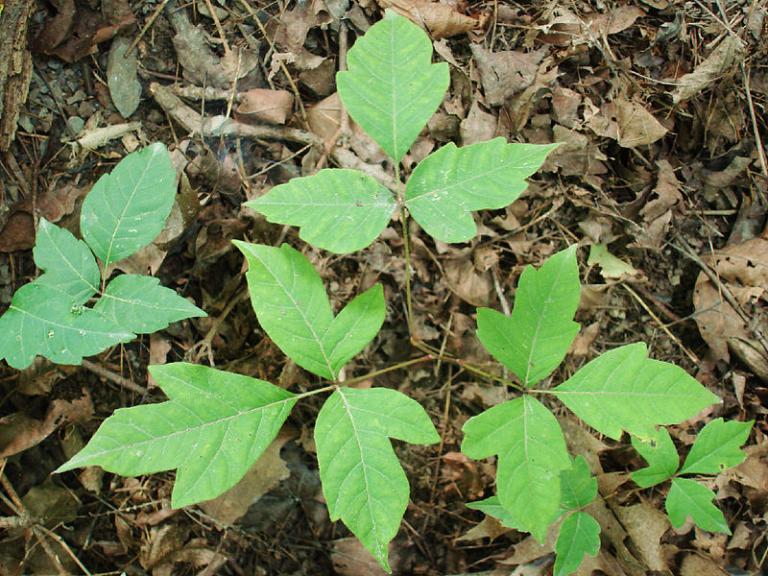 I’m sure the little girl whose father told me that story as I bought peaches from him at Soulard Market will be sure to show poison ivy a lot more respect in the future. But will she learn the larger lesson: that anger held in, nurtured, then directed outwards at others also poisons the heart that holds it?

I’ve thought a lot lately about anger, fear and the other forms of negativity flashing around us like lightning in a hurricane. And spreading even faster than those winds can blow.

Some of this anger may well be justified. Justified anger sparks change. And I believe all anger seems justified when we’re in its grip. But if we take a step back, take a deep breath, follow the anger to its source—so much comes from fear. And we live in a time when fear, scarcity and loss are very real for many of us.

And so, there is no discourse. No discussion about what common ground we might find. Just anger.

And there we are, like a little girl picking poison ivy to shove in her brothers’ faces. There we are, the poisons of anger and vengeance clinging to our own skins.

The Law of Threefold Return addresses this by stating that whatever we put into the universe is returned to us, threefold. I’m not sure three is always the multiplier. My root tradition doesn’t believe in the Law of Three, or even the more elegantly Newtonian “For every action, there is an equal and opposite reaction.” But I do recall having heard it said that if all you brew in your cauldron is poison, that’s soon all it will be good for.

As magic workers and persons pushing the edge of spiritual evolution, we should be very aware of the effects of negativity on ourselves, on others, and on the energy of the larger collective. I believe we all know love drives out fear, and that love is the ground of all being. But it’s so easy to forget that when we’re tuned into the negative, hateful, fearful culture we live in. And so easy for that negativity to spread.

A good example of this is the first blog posts by Star Foster and Peter Dybing regarding the controversy over a women-only ritual at Circle Sanctuary‘s annual Pagan Spirit Gathering. They were addressing the firestorm of comments that came from people who were not there and quite likely had not talked to anyone who was there. And asking for calm until more information could be gathered and transmitted.

When I read these original posts, and the more detailed PNC post by Cara Schultz, my own thoughts were: having a Dianic ritual as the main women’s ritual was not a choice I would have made; admiration for transgender activist Melissa Murry’s courage and dignity in stating her feelings about this at the gathering’s morning meeting; appreciation for Circle Sanctuary leader Selena Fox and the PSG staff’s commitment to working out a solution. Having read the later post about the meeting held with Selena, Melissa, Ruth Barrett and others, it sounds like the commitment to love, respect, and further dialogue will bring about a solution by next year’s PSG.

This could have been a bad, poisonous situation—but it was defused by the quick and compassionate action taken. Reminds me of homeopathic medicine, in which a pill using a small amount of poison ivy can be used to cure the skin rash from exposure to the plant’s oils.

A few years ago, I went on a hike at Diana’s Grove (a former retreat center in Missouri) to a rocky outcropping called Faery Rock. I had some trouble finding the entrance to the trail, and the rock itself seemed to shift and change positions on the way up and down the hill.

I’d wanted to go there alone, leave an offering to the Fey, and meditate. But along the way, I’d picked up two companions also at the Grove for the weekend Mystery School. One was a woman whose company I enjoyed. The other was a woman I’d wanted to avoid, and who kept up a constant stream of nervous, negative chatter all the way down the trail and up the hill.

Instead of asking her for the silence I wanted and needed, I kept silence myself. And grew more angry and more bitter as the hike continued.

Finally, she left to go to the creek to look for turtles. The affable woman still with me suggested we take a short cut across a field that was being returned to native prairie grasses. We walked straight into a huge patch of poison ivy, hidden by the tall plants around it.

Had my new friend not been along, I would not have noticed it. I would have stomped through it, fixated on my displeasure at having my peaceful afternoon ruined. I would have gone back to the retreat center and later, broken out in the horrible, itching red rash this plant causes.

As it was, we stopped off at our cabins for fresh clothes, showered with hot water and strong soap, and bagged the contaminated clothing. I threw mine away. Even the expensive walking shoes. I took no chances. You only have to get poison ivy once to not want it again.

I wonder now if my own negativity brought us across the field to that patch of poison ivy. Christopher Penczak says that all poisonous plants have trickster spirits. So the trickster spirits of the plants could have drawn us, like calling to like. Or, the Fey, annoyed by the chatter and my sulky mood in their space, could have sent us that way. It could have been chance. I don’t know.

I do know that gratitude for someone else’s herb lore replaced annoyance. And that generosity—my loan of a pair of shoes to a walking companion who had just one pair with her—replaced churlishness.

Lesson learned. Deal with anger quickly. Don’t hold on to it. Don’t let it fester.

The hand you poison could be your own. 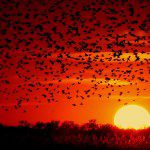 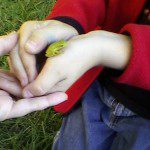 July 14, 2012 Pantheisticon: Walking (with apologies to Thoreau)
Recent Comments
0 | Leave a Comment
"This sounds really interesting. Thanks. I love witchy book reviews. Books are always a wonderful ..."
WildestSea The Corner Crone: The Hedgewitch’s Little ..."
"These are great gift ideas! Useful for any occasion."
WildestSea Phoenix Rising: Last-Minute, Easy Yule Gifts ..."
"I read an article about not giving gifts to adults at Yule and other occasions. ..."
I. H. Hagar Phoenix Rising: Last-Minute, Easy Yule Gifts ..."
"Such an interesting read!"
Patti Annelle Patten Pan-Celtic Hoofbeats: Horses of the Dark ..."
Browse Our Archives
get the latest updates from
Agora
and the Patheos
Pagan
Channel
POPULAR AT PATHEOS Pagan
1