Gateway Goddess: Imbolc – Feeding the Hunger of New Lives with Milk and Fire

Gateway Goddess is a column by Kathy Nance. Look for it on alternate Fridays or follow it via RSS or e-mail!

Lambing season always began in the cold and the dark.

My grandparents would rise early. Grandma filled sterilized glass Pepsi bottles with warm milk, fitted them with black rubber nipples. I pulled my boots on over two or three pairs of socks, zipped my fleecy winter coat. Together, Grandpa Hill and I walked across the road to the barn.

Hungry lambs greeted us loudly, wobbled to the side of the lambing pen. There were always some whose mothers either couldn’t or wouldn’t feed them. I watched as Grandpa knelt beside them, angling the bottles to keep the milk flowing. I loved to help hold the bottles. Best of all was stroking the lambs’ soft little heads.

The lambs didn’t seem to have a problem with getting nourishment from a bottle instead of a ewe. They were hungry, the milk was there. They drank in what they needed without questioning the source.

The Celtic Goddess Brigid brings us fire as well as nourishing milk and healing wells. Fire in the hearth, fire in the forge, fire in the head. She is a source of healing, protection, and inspiration.

I’ve been told Imbolc is derived from the Celtic words for “in the belly,” or “the quickening.”  And, I’m reminded this year of the idiom that combines those two images of Imbolc into “fire in the belly.” Fire in the belly–desire, drive, the will to achieve.

Like so many of you reading this, I’ve done more than a few manifestation spells. Not even knowing it was a kind of spellwork, I spent part of New Year’s Eve 2000 making a paper chain representing those things I thought were holding me back, then burning the chain and going outside to scatter the ashes at midnight. (I’d had to work as a newspaper copy editor earlier in the evening, and my then-boyfriend was sitting in a computer lab guarding against the end of the cyberworld.)

I didn’t know then that setting intention, raising energy and releasing one’s desires into the universe were the start and not the finish of manifestation. It’s not enough to visualize the change and want it–we have to move towards it with as much desire as a lamb has for a bottle of milk. We must move forward with the knowledge that if we do not, our new life will die before it can be born.

We also need to be kind to ourselves, and recall that change is not linear. It doesn’t move forward in a straight line. Babies don’t stop crawling the minute they take their first wobbly steps. They continue to crawl a lot of the time. It takes practice and encouragement before they transition to full-time, successful walking.

I’m spending the days between now and Imbolc putting the finishing touches on a plan of action for this calendar year. I’ve made lists of goals, some practical (declutter closets) and some not (spend birthday at the beach). I’ll make a collage, draw up action plans. It all will be based around putting some more juice in a long-term manifestation plan to bring my life more into alignment with my creative and spiritual goals.

And I’ll be open to things arriving in packages I didn’t expect. One of my 2013 goal items, for example, was to go horseback riding again. I’d pictured a trip to a local stable later this year. Instead,  in a few weeks I’ll be on a trail ride in the Nevada desert, an area I felt an almost physical pull to explore when I flew over it last spring. And I’ll be with my much-hoped-for new beau, who is not the Pagan or Unitarian or Buddhist I had expected, but an open-minded Eastern Orthodox software engineer.

I’ll continue to remain open to the things I need arriving in ways I don’t expect. And to move towards what I want with as much desire and joy as a lamb reaching for milk. Nourishing milk, healing fire. Spark of inspiration put into form by our labors at life’s forge. Happy Imbolc, everyone. 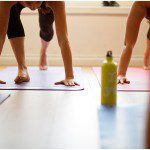 January 26, 2013 What's New at Patheos Pagan (Imbolc 2013)
Recent Comments
0 | Leave a Comment
"I found myself more attracted to High Majick because it is cerebral. This does not ..."
Brenda Keitt Pergamum Unfurled: Review – Scott Cunningham’s ..."
"This is a beautiful elegy for the love you shared with each person and creature. ..."
Badgergrl Phoenix Rising: Cerridwen’s Cauldron – Dealing ..."
"This was a cool way to celebrate. With increasingly widespread vaccination there is no reason ..."
kenofken Between Two Worlds: A Covid Beltane ..."
"Thank you for reading!"
Martha Kirby Capo The Corner Crone: An Altered State ..."
Browse Our Archives
get the latest from
Agora
Sign up for our newsletter
POPULAR AT PATHEOS Pagan
1

There is Freedom in the Vastness...
John Beckett
Related posts from Agora