Loop of Brighid: Private Practices 1 – The Circle of Fire

A common concern for modern pagans is the lack of sufficient space or privacy for ritual practice, or the lack of practice partners to perform the sometimes elaborate rituals described in many books. This will be the first of a series of columns on Brigidine rituals that can be performed without space, privacy, ritual equipment or help of any kind. You can perform any of the rituals in this series when you lie down to go to sleep at night or when you close your eyes and lean back in your chair at a coffee shop, and no one will know if you don’t want them to.

The title of this column, the “Loop of Brighid,” refers to a traditional charm called the Caim or Loop, which can also be translated as “encompassing.” The words of this charm invoked St. Brighid for protection, envisioning her power as a fiery circle surrounding and protecting all those who invoked her. To perform the Caim, the person doing the invocation would stretch her arm straight out with one finger extended and then pivot around in a clockwise or “sunwise” circle while reciting the words of the Caim and visualizing the circle or loop of fire surrounding her. You can also put the Caim on another person or an animal by drawing the circle in the air around the object of the charm.

The circle of fire meditation practice is based on the traditional concept of the Caim, but modified for practice without space or privacy. Rather than drawing unwanted attention to yourself by spinning around in a circle while pointing at nothing and reciting an incantation, you will simply visualize the entire process. This practice can then be used as a foundation exercise and purification ritual for the more complex practices I’ll introduce in future columns.

To practice the circle of fire, lie down or sit down in a comfortable place. Close your eyes and breathe slowly and deeply, but don’t begin the visualization itself until your breath has become stabilized, even and calm. Once this occurs, visualize yourself standing with one arm extended and pivoting around in a sunwise circle as a brilliant, beautiful and holy flame flows out from your finger to surround you in the protective and purifying circle of Brighid’s divine fire.

As you visualize the circle of fire, mentally recite a short phrase as a mantra or charm. I prefer to use one of the following phrases drawn from traditional Highland prayers to Brighid:

“Oh Brighid, fair and charming, pleasant to me is the breath of Thy mouth. When I would go among strangers, Thou Thyself wert the hearer of my tale.”

The circle of fire is a protective magic circle, but not in the sense of the protective circles used in ceremonial magic or Wiccan practice. The goal is not to create a contained space in which to safely invoke a power or entity, but to surround the person performing the ritual with Brighid’s infinite and loving protective care.

As such, the ritual should not be ended by dismissing the circle, but by slowly expanding it until it merges with the rest of the universe. If you can maintain your mental and spiritual focus as the circle of fire slowly gets bigger and bigger, you can send out a wave of spiritual compassion, love and protection that will expand beyond you in all directions, healing and blessing everything and everyone it touches. This ritual is not only intended to protect and purify the one performing it, but to expand the love and concern of that person over an ever-increasing circle in Brighid’s name. It should be not only a magical practice but a true spiritual practice leading to inner growth in one’s ability to give love and care to others.

Once the circle of fire has expanded to the point where you can no longer maintain your mental focus, you can drift off to sleep if you’re in bed or just open your eyes and take another sip of your coffee if you’re in a public place. 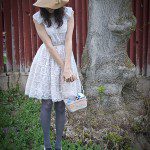 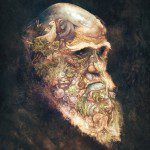